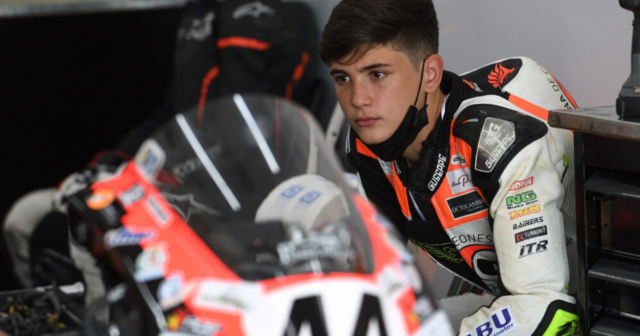 The teenager was competing in the European Talent Cup when he fell off his motorbike 13 laps from the finish.

He was subsequently accidentally run over by another rider, with the red flag immediately waved.

Millan received emergency treatment on the track, before being airlifted by helicopter to Zaragoza Hospital.

But medics were unable to save him as he tragically passed away – sending the sporting world into mourning.

His team Cradle of Champions led the tributes.

They wrote: “We deeply regret to communicate that Hugo Millan has left us.

“We will always remember you for your smile, your big heart and your professionalism. Rest in peace, Hugo.

“You will always be in our hearts and we will remember you like this, smiling, as always.

Millan was a highly-rated talent, one of Spain’s most promising young riders.

He arrived at MotorLand Aragon second in the European Talent Cup standings on 86 points – having achieved four podiums and two pole positions.

Following Millan’s passing, the rest of the races scheduled have been suspended.

MotoGP paid tribute on social media, writing: “We are so sorry and saddened about @CEVMotorcycle rider Hugo Millan’s passing.

“We would like to send all our love and support to his family, friends and team.

And former world champion Alvaro Bautista: “Today the results do not matter. RIP Hugo Millan. My condolences to his family and friends.”

Team Suzuki added: “Devastating news that 14 year old Hugo Millan has lost his life while racing in Aragon at the CEV cup. The rider from Huelva had great talent.

“All our thoughts are with his family, friends, and team in this horribly sad time.” 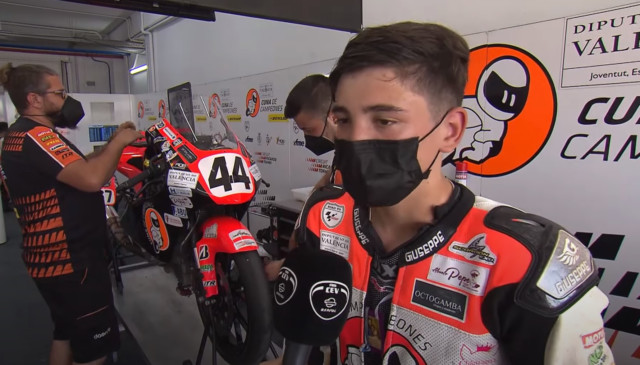 Millan was second in the European Talent Cup standings

The FIM CEV Repsol added: “We are deeply saddened to report that Hugo Millán succumbed to his injuries after a crash in the HETC race.

“We send all our love and support to his family, team and loved ones.

“We will miss you Hugo.”