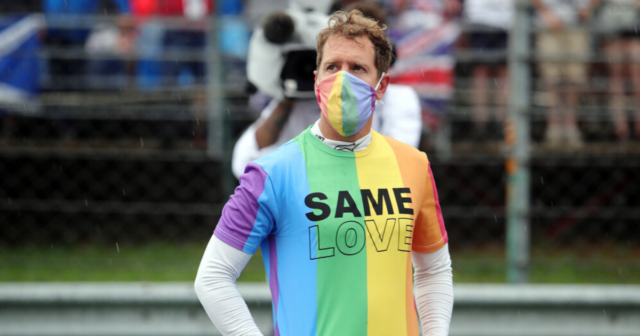 MERCEDES driver Lewis Hamilton has shared his pride for Sebastian Vettel after the Aston Martin man’s campaigning efforts this season.

Vettel wore a t-shirt supporting the LGBTQ+ community at the Hungarian Grand Prix in August. 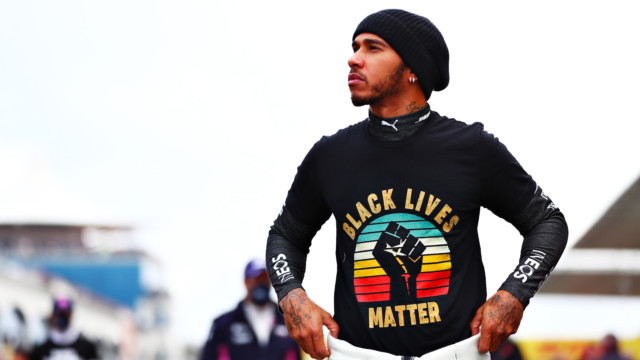 The German driver also encourages sustainable water sourcing through a design on his helmet, and was seen litter picking at Silverstone.

Speaking on Vettel’s efforts, as reported by Autosport, Hamilton said: “I’ve been incredibly proud of Sebastian for doing him.

“He has discovered things that he is passionate about and he is speaking about them, he’s not shying away from it.

“I think also, with the older generation, I guess when we get to our age we have a little bit more empathy.

“He’s got a family, he’s speaking about the future of his kids and the planet, what we do now to prepare them for the future

“And he’s obviously trying to be a beacon of light for those kids and for other kids that support him.”

He has also been a leading figure in F1 in support of the Black Lives Matter movement.

The 36-year-old has worn t-shirts on the matter, as well as taking the knee before the start of races.

Speaking on whether he could work with Vettel towards a shared goal, Hamilton said: “We speak often and we talk on these topics so I don’t know.

“We don’t have any plans of doing anything in the future but we, as I said, if there is a specific issue on a weekend, we discuss it and we support each other with it.”

The F1 calendar returns at the weekend with the United States GP following a two week break.

Hamilton’s Mercedes teammate Valteri Bottas won in Turkey last time out, while the Brit could only finish fifth.

It means he trails title rival Max Verstappen by six points with six races left on the calendar.

Four-time world champion Vettel meanwhile is 12th in the standings, picking up just 35 points this season for a struggling Aston Martin team.

Did you miss our previous article…
https://www.sportingexcitement.com/formula-1/inside-christian-horners-lavish-country-home-the-red-bull-boss-shares-with-spice-girl-geri-and-three-miniature-donkeys