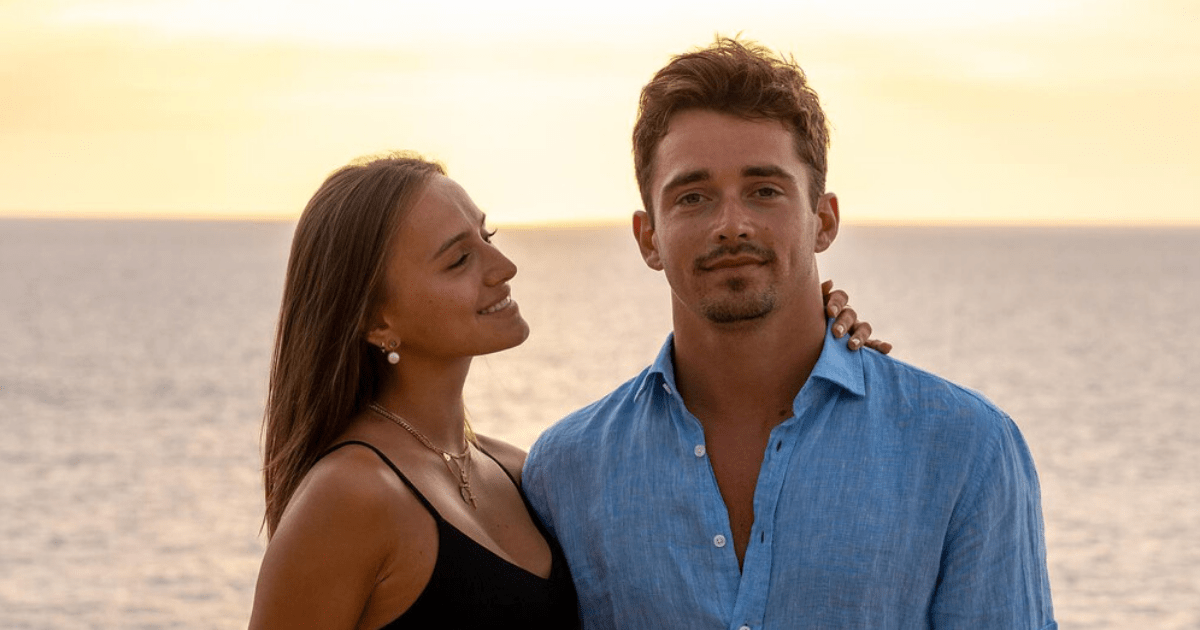 IT’S a sad end of one of F1’s seemingly strongest relationships.

The Ferrari driver, 25, and his longterm sweetheart Charlotte Sine have called time on their romance, after three years together.

Leclerc and Sine enjoyed a jet-set lifestyle in Monte Carlo

The Monacan revealed he had broken up with the qualified architect on his Instagram story.

He wrote: “Hello everyone, Charlotte and I have decided to end our relationship and we remain good friends.

“We have shared so many great moments and she is and always will be a very special person to me.”

He added: “She is amazing and deserves the best, please respect our decision and her privacy in a time like this.”

Sine, 23, echoed Leclerc’s message in her own Instagram story.

She wrote: “Hello, Charles and I have decided to end our relationship and stay good friends.

“It’s been three beautiful years together with loads of memories. He is an amazing person and I wish him the best.

During their time together, the pair enjoyed a lavish lifestyle together.

From sailing on fancy yachts on the Mediterranean Sea to sharing intimate moments in the paddock, they seemed to have it all.

And there was even a hilarious moment on Twitch that had fans in stitches. 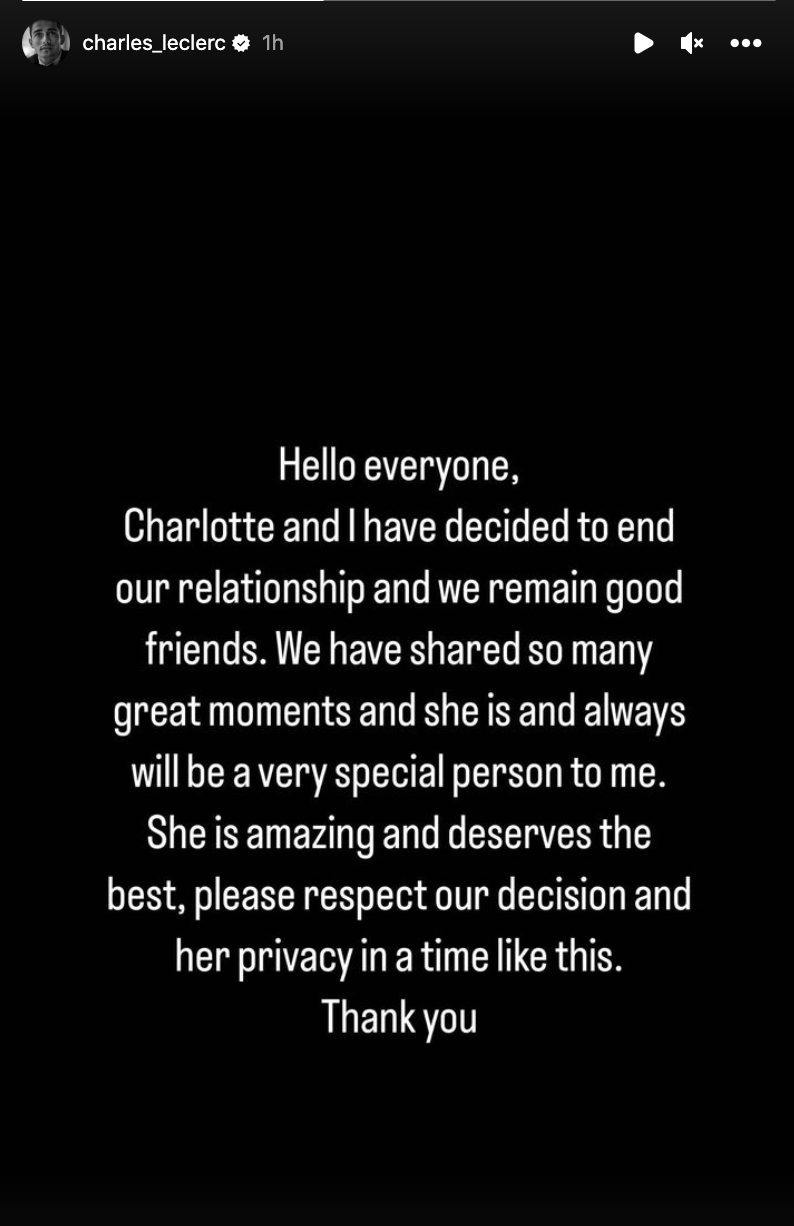 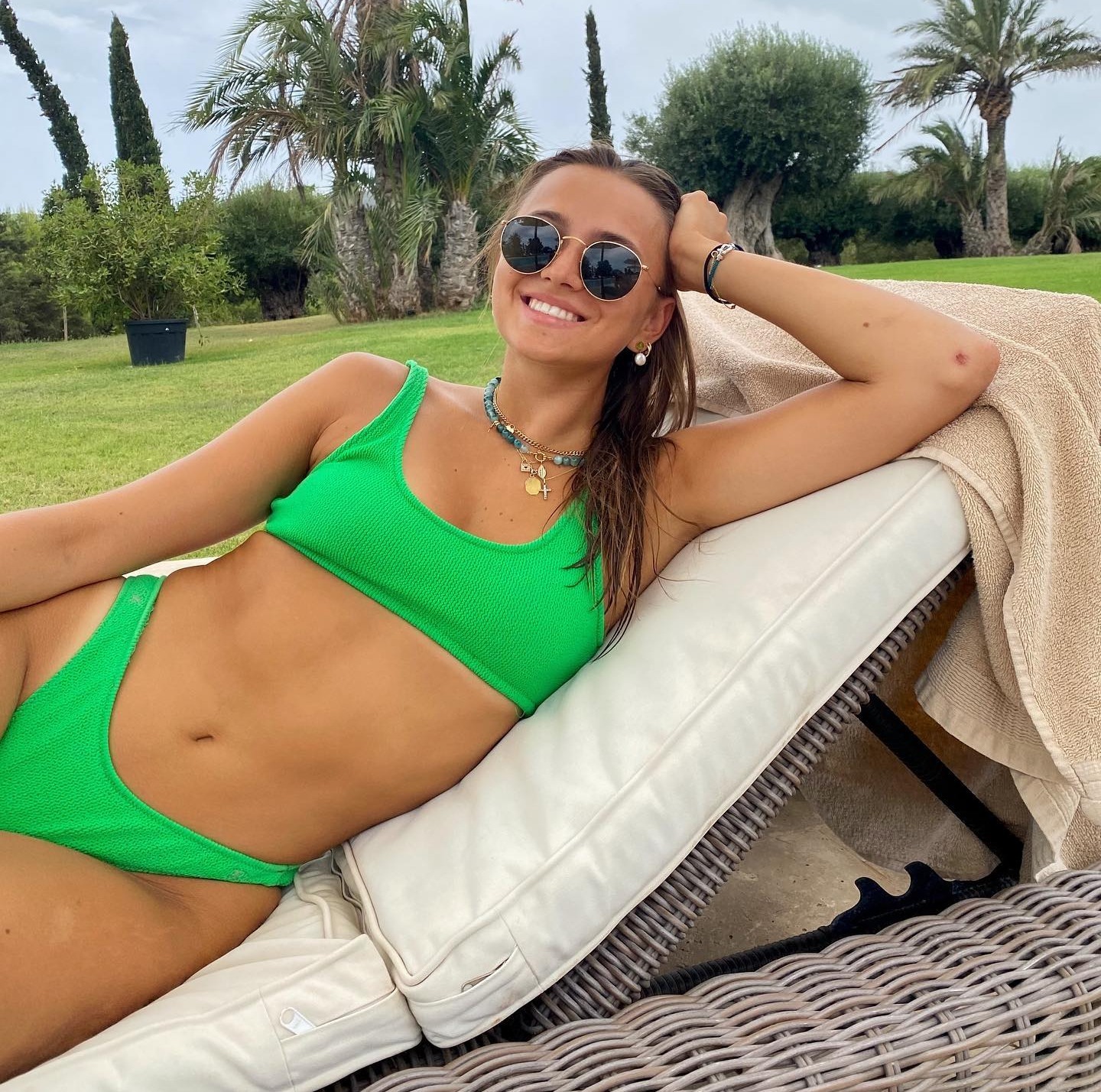 Charles and Charlotte were born in Monte Carlo, and come from wealthy stock.

He dreamed of race car stardom, while she got her diploma in architecture.

Her dad Emmanuel is the director of Bains de Mer, a company that operates the Casino of Monaco.

They met when they were teenagers, with the former student’s mum living next door to the Leclerc family.

But they wouldn’t start officially dating until 2019, when he started driving for the Ferrari team.

As he gradually got more and more successful, Charlotte was seen supporting her man in the paddock.

The ambitious graduate wasn’t content with being an F1 Wag, though.

In recent years, she launched her own shoe line.

However, his £10million-per-year salary helped finance their lavish lifestyle. 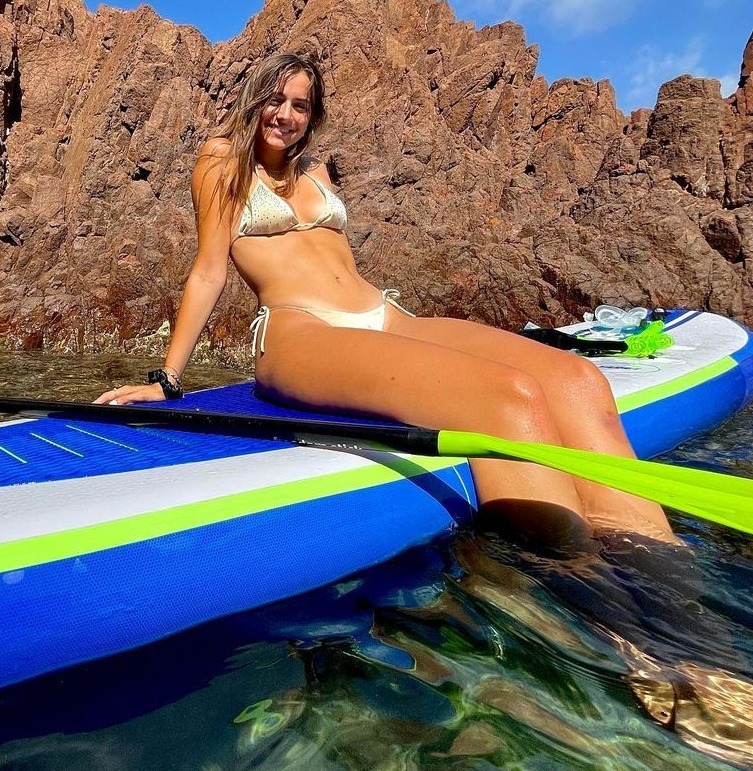 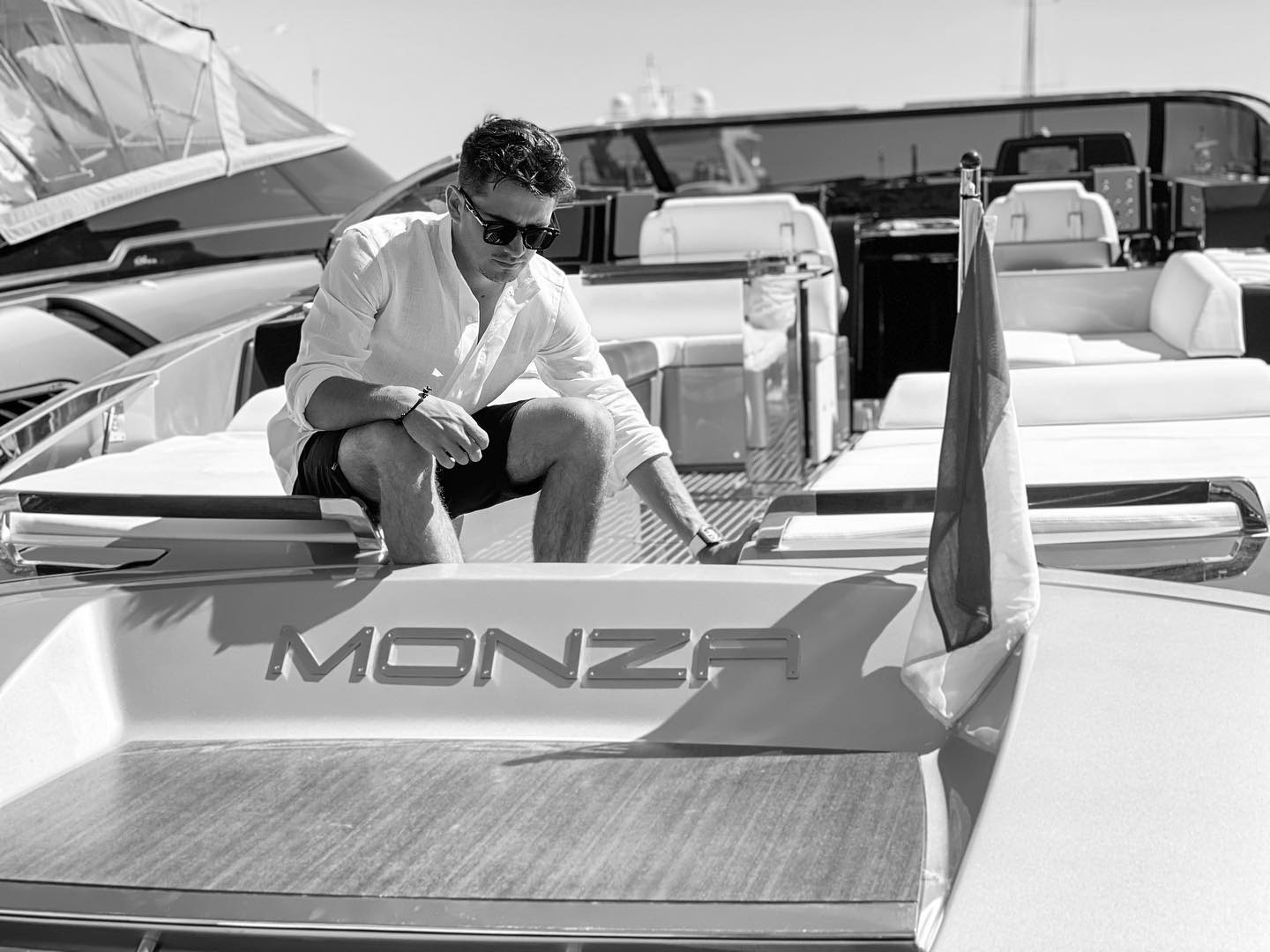 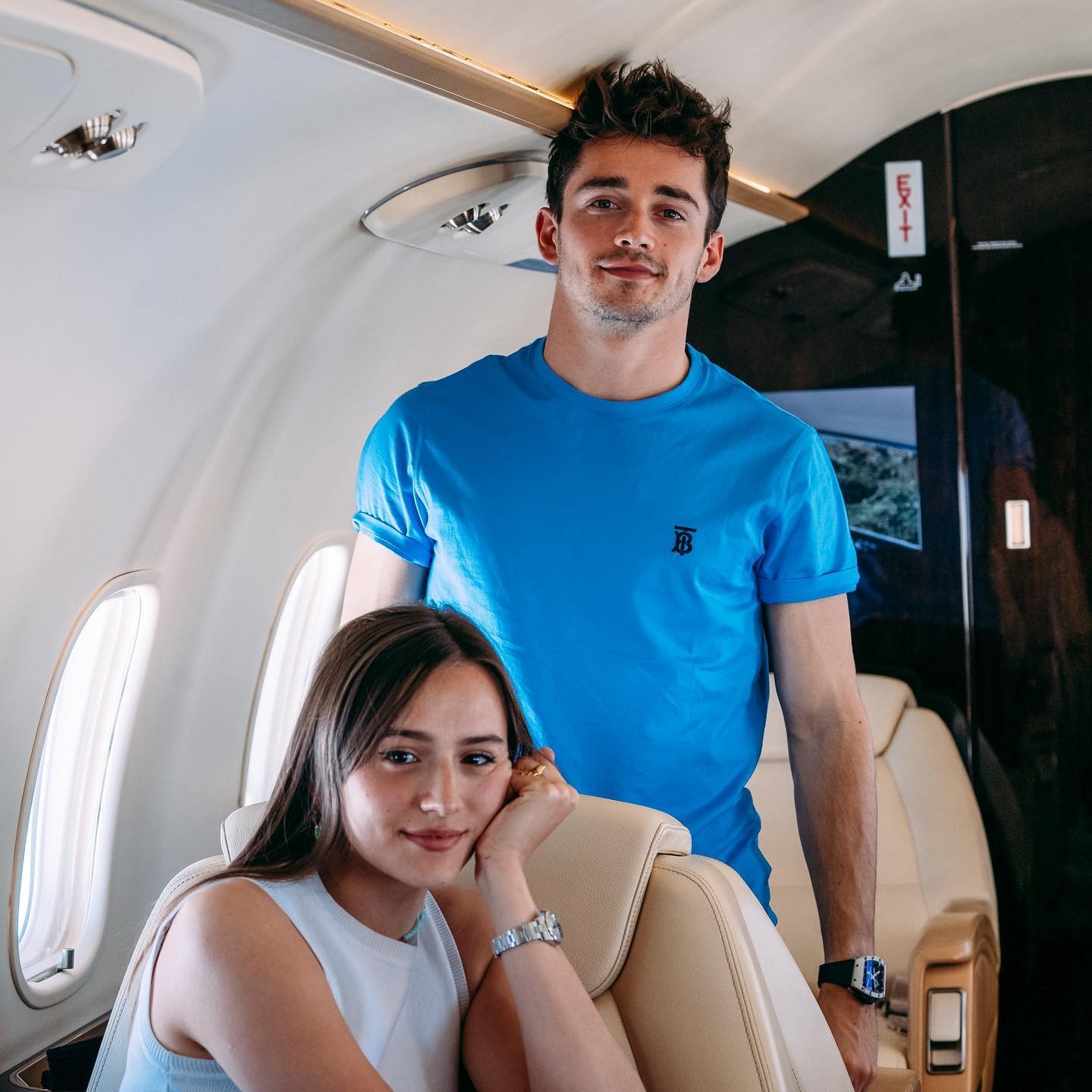 On Instagram, they regularly shared images on board his stunning £1.5million yacht called Monza.

While when they flew to different circuits around the globe, Charlotte would join Charles and fellow racer Carlos Sainz on an £18,000-per-hour private jet for the jouney.

Like plenty of F1 stars who call tax-haven Monaco home, Charles boasts a spacious apartment in the principality.

Last year, he gave fans a glimpse into his fabulous into his digs in a video he shared on social media.

The clip shows Leclerc in his abode playing an expensive handcrafted Steinway & Sons piano – the talking point of his living room. 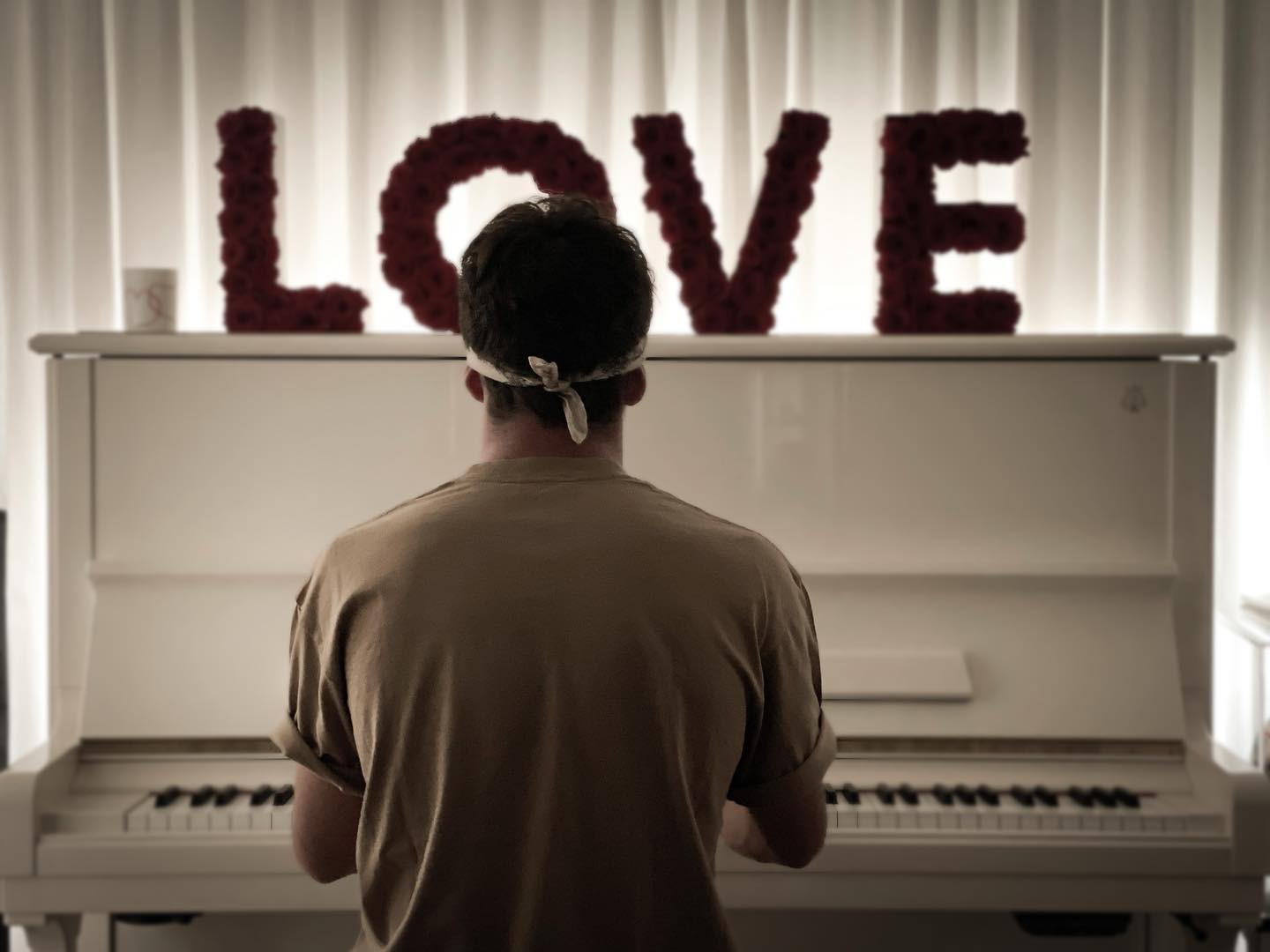 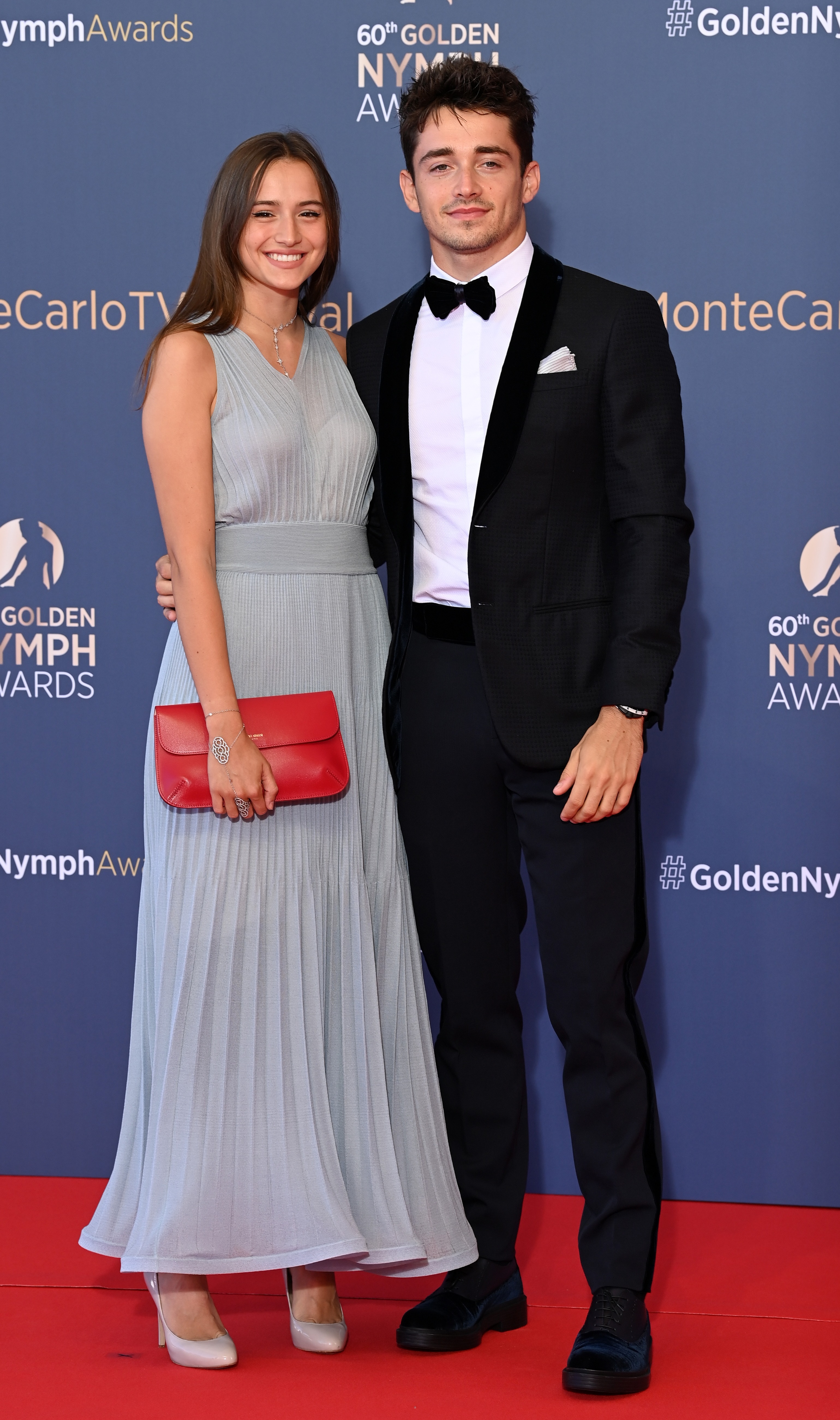 Leclerc and Sine lived together in Monaco in a glam apartment

We also get a snapshot of his kitchen – complete with a white marble countertop, sleek white cabinets and a wine fridge.

Charlotte and Charles lived together, which once got him into bother when he forgot she did.

Leclerc is an avid gamer, who has a Twitch channel that’s followed by nearly 850,000 fans and shows what video games he’s playing online.

But that once got him into hot water with his missus. 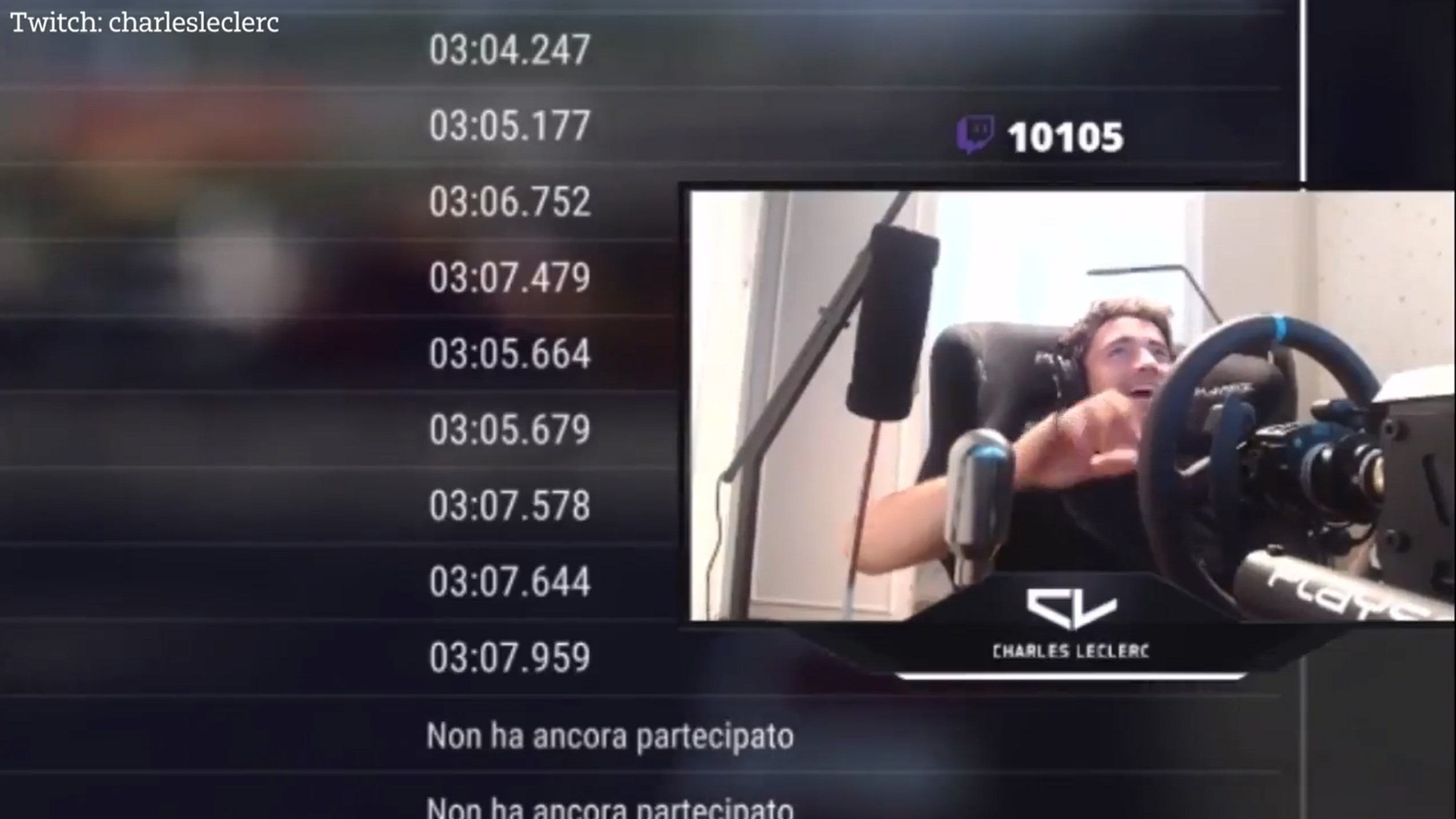 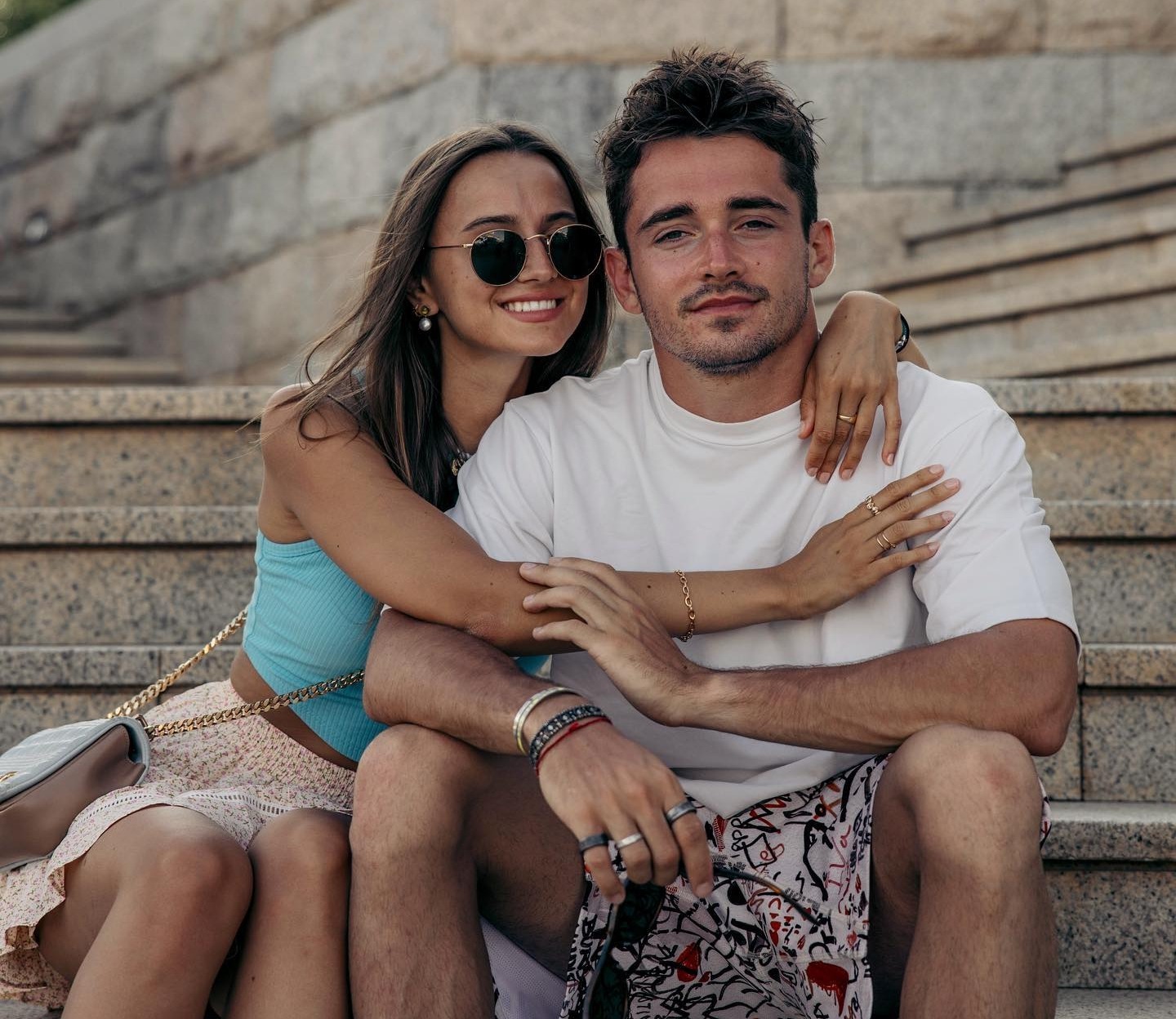 Sadly, Leclerc and Sine are no longer a couple

She was left hanging outside for 25 minutes, before having to subscribe to Leclerc’s channel – costing her £4.99.

He tweeted: “My girlfriend had to buy a subcription to my Twitch to be able to ask me in the channel chat if I could open her the front door. She waited 25 mins downstairs as I couldn’t hear my phone, I had the headphones and was very focus on my rally race.”

Advertisement. Scroll to continue reading.
In this article:charlesleclerc, livestream, monacolifestyle