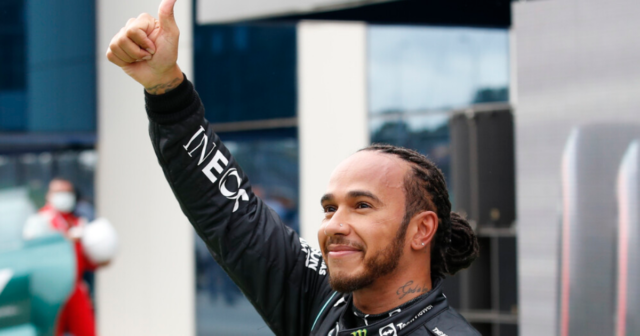 LEWIS HAMILTON has shared his pride in being part of Mercedes and revealed he never seriously considered a move to Ferrari.

The Brit, 36, said the idea of switching to Ferrari was “very short-lived” as he has always been happy with his current team.

Lewis Hamilton feels he is part of a family at Mercedes

As well as the success he has enjoyed, Hamilton praised the teamwork and loyalty of those he works with and the family feel to the team.

Hamilton told RacingNews365.com: “I have no reason to think about it (joining Ferrari).

“It was a part of…each end of term you have to do your due diligence and see what options you have and I’m really proud of what I have and where I am with Mercedes.

“I think I’ve said it before, it was very short-lived, the idea of going to Ferrari was short-lived in a sense that when you are with Mercedes, you are with a family for life.

“If you look at all the historic drivers who have driven for Mercedes, they have been with them until they’re in their 90s and that is something that you don’t see in any other team, with any other brand.

“So that is something that I am very proud of. Plus, we have achieved more than anybody and that is down to great teamwork, that is down to loyalty and so I don’t take that for granted.”

Hamilton was speaking in reaction to comments from Stefano Domenicali revealing he wanted to sign the Mercedes star when he was Ferrari team principal.

But a move never materialised for Hamilton, who switched to Mercedes from McLaren in 2013.

It has brought him a great deal of success, winning the Formula One world championships six times in eight years.

He is vying for an eighth record-breaking title this year, but to do so he may have to overcome another grid penalty at the U.S. Grand Prix.