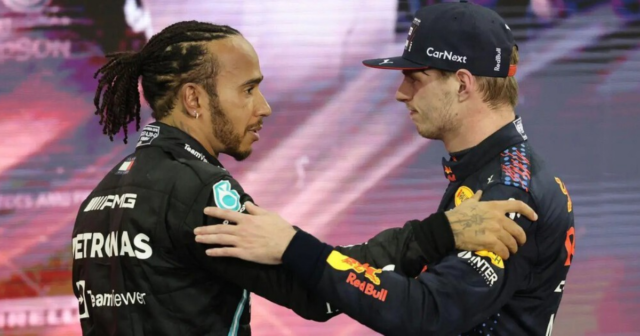 Hamilton, 37, missed out on a record-breaking eighth world title when he was pipped on the final lap of the season by Max Verstappen.

And in the acrimony that followed with Mercedes launching an immediate protest before giving up on their appeal, the Brit snubbed the end-of-season party.

He told Sky Sports in Germany: “It’s not at all fair to Max Verstappen to skip the gala.”

Neither he nor his Mercedes team did any further media following the race and he has not posted on social media since.

And there is growing speculation the Stevenage star could retire before the 2022 season.

Should he leave Mercedes, Schumacher reckons Sebastian Vettel would be the ideal replacement, especially after Otmar Szafnauer left his role as Aston Martin team principal.

He added: “He has the experience, he still has the speed, and above all he knows the Mercedes car – or the engine. I think the Aston Martin concept is very close.”

Hamilton’s future in the sport hangs in the balance on the outcome of the inquest into the title-deciding race which saw race director Michael Masi fail to apply the rules with regard to the safety car.

Merc are desperate to find out the outcome of the investigation before the 37-year-old decides if he wants to race on.

But a statement from the FIA said that the findings will not be presented until the opening day of the 2022 season in Bahrain – a total of THREE months after the race in Abu Dhabi.

Mercedes have posted a series of tweets of Hamilton – dubbed ‘Mr Mercedes’ – to hint their star driver will be joining winter testing at the end of February.

However, even former F1 chief Bernie Ecclestone reckoned Hamilton’s time was up because he is ready to explore other ventures.

“His disappointment in Abu Dhabi was too great, and I understand him.”