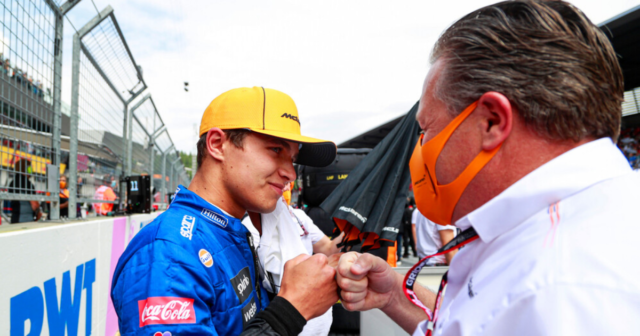 LANDO NORRIS is being helped over his mugging ordeal by McLaren boss Zak Brown.

SE revealed on Monday that the British driver was targeted as he got into his £165,000 McLaren supercar at Wembley.

McLaren boss Zak Brown is helping Lando Norris get over his Wembley ordeal – the F1 driver was mugged for his £40,000 Richard Mille watch

Mild-mannered Norris posted on social media that he is “doing well” ahead of this weekend’s British Grand Prix and has been in contact with Brown.

The team chief, who blasted the lawless scenes at Wembley on Sunday, said: “I have spoken with Lando about it a lot.

“I was mugged three times in Los Angeles when I was younger, so I shared my story. It’s easy to feel responsible when you’re the victim, as you’ve got a nice watch on.

“The reality is he did everything he was supposed to do. You’ve got bad people in the world. That was not a well-executed event. I went and it just wasn’t acceptable behaviour.

“That needs to be fixed as you shouldn’t ever feel in danger at a big sporting event — you’d never see that in Formula One. He’s a bit traumatised but will be just fine.”

Norris, third last time out in Austria, was praised by fourth-placed Lewis Hamilton as “such a great driver” after they battled for more than 20-odd laps.

While Norris was flattered by the champ’s words, it also showed he is capable of fighting him for a podium place.

Lando Norris was mugged outside Wembley and robbed of his £40,000 watch 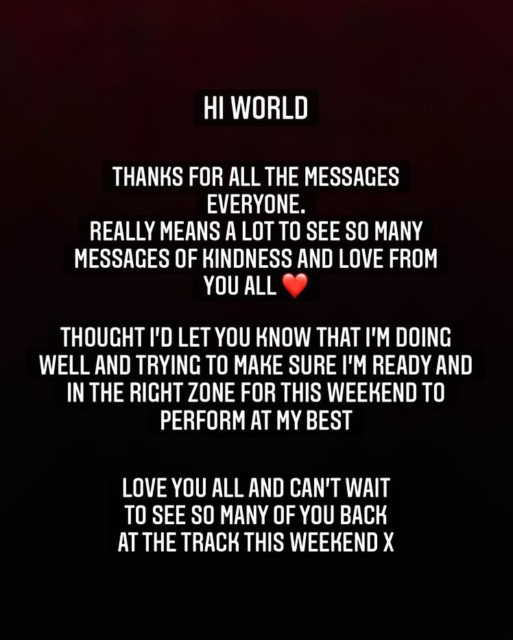 The McLaren driver posted a message on Instagram after his ordeal

He said: “I am ready to win. In the last race, we were on for a podium and fighting for second or third place. That was the first time I was really racing against Valtteri Bottas and the first time to be racing Lewis for more than one corner!

“Lewis is the best for a reason. And I felt like I was capable of holding him off for 20 laps.

“It was awesome to hear what he said — more than if it had come from any other driver.”

Norris is fourth in the drivers’ championship, ahead of Bottas and just three points behind Red Bull’s Sergio Perez.

And he would love to restore a bit of national pride after watching England’s defeat by Italy.

He added: “Having fans back makes the home race more special and nerve-racking.

“I’d love to give the crowd something back — as the football team did.”

Meanwhile, Toto Wolff declared Lewis Hamilton’s title defence is far from over and he has a ‘fire burning inside’.

Hamilton will have to overturn Max Verstappen’s 32-point lead — the biggest deficit he has faced in his nine years at Mercedes — if he is to land a record eighth world crown.

And former F 1 supremo Bernie Ecclestone has accused the Brit of being “not quite the fighter that he was” — and claimed he could quit at the end of this year. 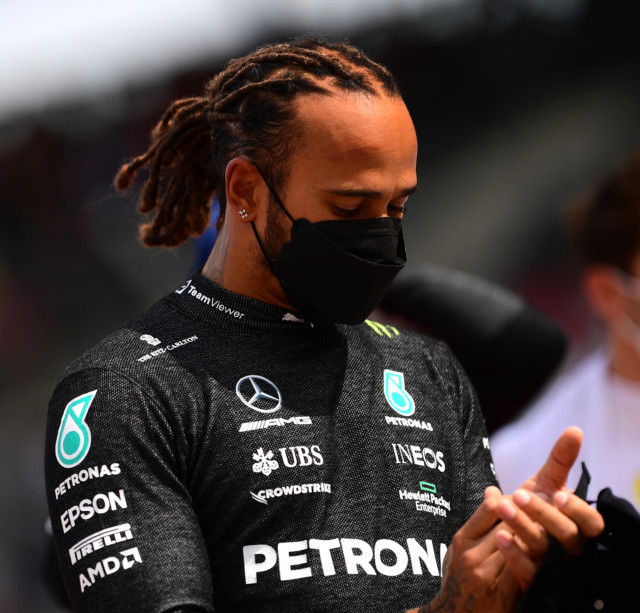 Lewis Hamilton is chasing down Max Verstappen in the world championship 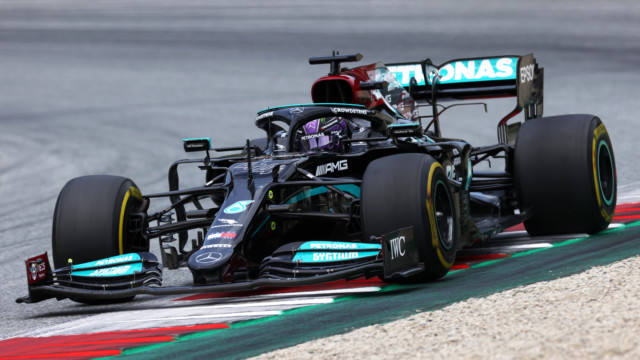 But ahead of Sunday’s British Grand Prix at Silverstone, Mercedes boss Wolff said: “I can say 100 per cent we were not afraid of Lewis leaving.

“We always had the discussion about the new regulations for 2022 and what it meant for him and the fire is burning strong in him.

“He is very competitive and he likes the challenges this year and the opportunities and risks that we need to overcome for next year.

“The uncomfortable discussions took place over the winter and it was pretty uncomplicated.”

Wolff admitted that while Red Bull may have the advantage, there will come a time when they too — as his team have done — shift their focus to 2022, as F 1 prepares to welcome their biggest rule change.

He added: “This season is far from over. We are nine races into a season of 23, if we do all of them.

“At a certain stage, everyone will start looking to 2022. The bigger component is understanding the car and cutting out the mistakes.

“Both teams have made mistakes and it is about who is able to minimise them.

“You also need to perform well on the days your car is good enough to win and consolidate your position when you are not able to.” 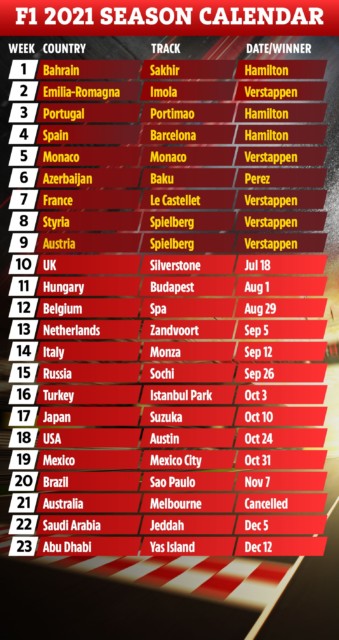 Wolff has identified Silverstone as a potential turning point for their season.

The track is strong for his team historically, plus 36-year-old Hamilton will be roared on by a capacity 140,000 crowd.

Wolff believes that home support can have a positive impact on Hamilton, who has won the race a record seven times. The Austrian, 49, said: “Silverstone has always been a strong hunting ground for him and a track our car has liked in the past.

“I think we still have a stopwatch deficit to Red Bull but maybe the track comes towards us, so I think it will be pretty tough but maybe easier than Monaco, Baku or Austria. When you have 140,000 people cheering for you . . . Max had 8,000 cheering for him in Austria and that helped him.”