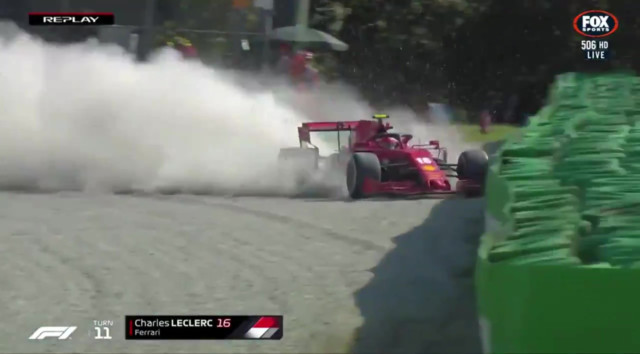 CHARLES LECLERC suffered a horrendous smash as he crashed out of the Italian GP – but thankfully somehow ran away unhurt.

The Frenchman lost control and slammed his Ferrari into the tyre wall. 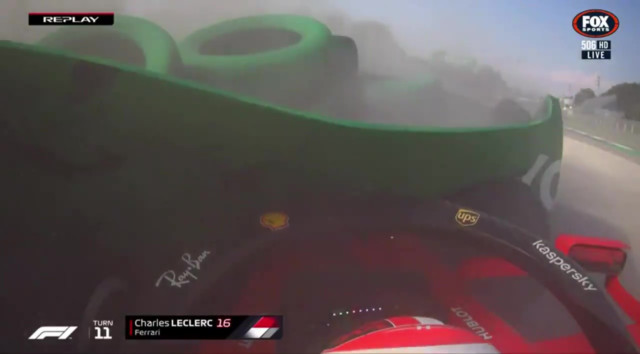 The #ItalianGP was suspended after a huge crash from Charles Leclerc at Parabolica!

We'll have a standing start from the grid when it resumes shortly… pic.twitter.com/OmZyMPFHTa

Unsurprisingly, the race was immediately red flagged – the first time the GP at Monza has been stopped since 1995.

Despite the high-speed collision, Leclerc immediately was on the radio to his mechanics to tell them he was okay.

The car was already smoking when he wobbled off the track and headed to the left over the gravel as Leclerc braced himself for the heavy impact.

He was able to get himself out of the vehicle, which was a smouldering wreck, and jog away from the crash site.

Leclerc was taken to the medical centre for a checkover but was released minutes later.

The back-left wheel was completely buckled at a right angle with the spoiler broken and the front of the car crumpled.

Even once the crane had picked up the trashed scarlet car, the remaining wheel was still billowing out smoke. 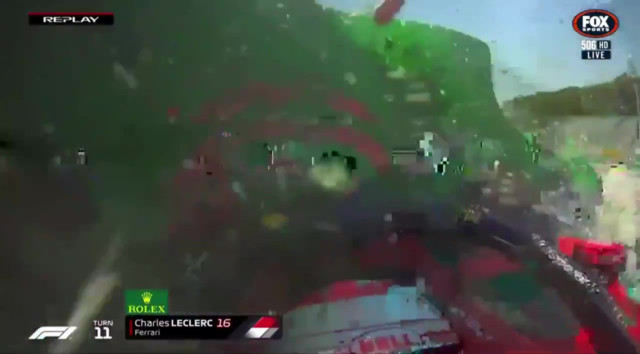 The crash compounded a horror weekend for Ferrari in Italy who endured a nightmare qualifying and then saw Sebastian Vettel’s brakes fail early in the race.

After a lengthy delay to the race, it was restarted with Lewis Hamilton needing to take a ten-second pit penalty which took him from the front to the back of the grid, 23 seconds behind the pack.