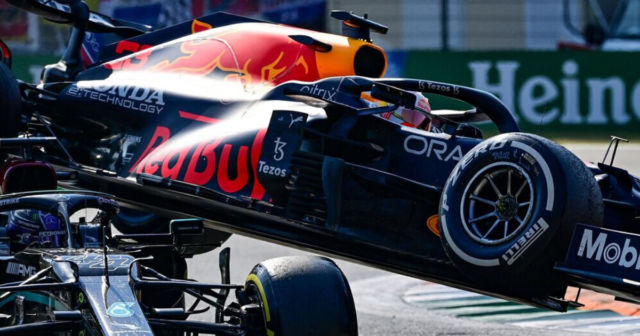 The Formula One title rivals were involved in a serious collision which saw Hamilton saved by the halo on his Mercedes after Verstappen’s car landed on the Brit’s head.

Hamilton was taken to hospital for checks after the smash and revealed on social media he is experiencing ‘headaches’ and a ‘tight neck’.

But despite saying he will see a specialist the 36-year-old attended New York’s Met Gala just 24 hours after the incident.

And Red Bull chief Marko believes the seven-time world champion is putting on his injuries caused at the Monza circuit.

The Austrian, 78, told German newspaper Osterreich: “’It was a normal racing accident. All the stories around it were pulled up by the hair by Mercedes.

“Verstappen had already got out when Hamilton tried to go back to get out of the gravel.

“The medical car saw that and drove on. And then a show is put on that poor Hamilton is suddenly injured.”

Stewards deemed Verstappen responsible for the crash and handed him a three-place penalty for Sochi’s Russian Grand Prix on September 26.

And Mercedes boss Totto Wolf believed the Dutchman knew exactly what he was doing as he described it as a “tactical foul”.

Both drivers were forced to retire which allowed McLaren’s Daniel Ricciardo pick up his first victory in over three years.

While Hamilton wrote on social media: “It’s days like today, I am reminded of how lucky I am.

“I’m so thankful for each and everyone of you, you are truly the best. Still we rise!”

Verstappen increased his lead in the Drivers’ Championship to five points after finishing second in Saturday’s sprint qualifying. 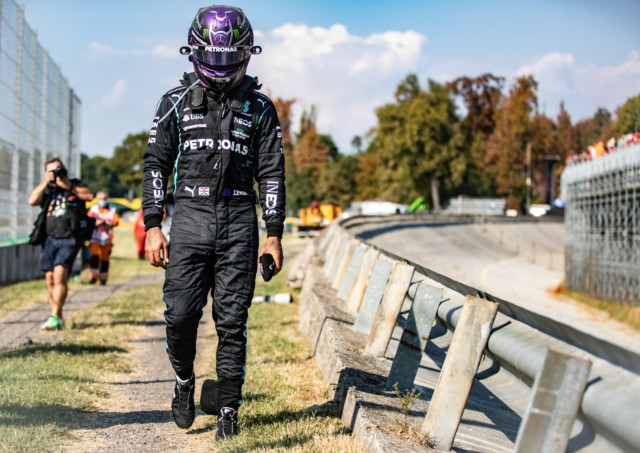 Hamilton was forced to retire after the crash at Monza