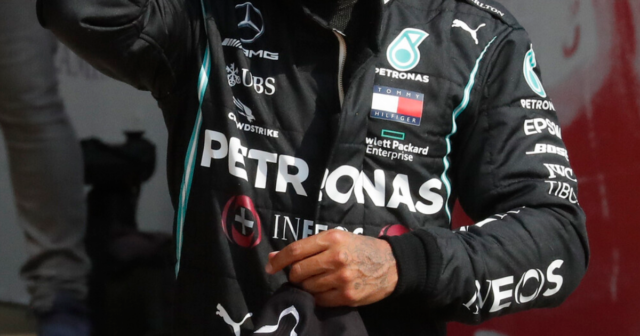 LEWIS HAMILTON has been accused of trying to get FIA Race Director Michael Masi the sack.

Hamilton has been silent since losing out on the F1 title in controversial circumstances after Masi failed to obey the correct safety car rules.

It resulted in Max Verstappen passing Hamilton on the final lap to win the Abu Dhabi GP – and the F1 crown – much to the Brit’s frustration.

Questions have been raised about Hamilton’s future in the sport while both he and his Mercedes team await the FIA’s report after their investigation into Masi’s actions in Abu Dhabi.

He said: “Hamilton is trying to increase the pressure on the FIA motorsport federation and is powerful.

“I think he wants to get some people out of there, like race director Michael Masi.

“Lewis wants to turn it upside down. He can do that. He has a lot of influence as the greatest of all. Some people will disappear.

“His opinion is noticed and everyone is talking about it – that puts pressure on the FIA.

“They have to intervene and make changes. The FIA has to come up with a good story, otherwise Hamilton’s first words will not be what the F1 leadership would like to hear.”

The FIA are weighing up plans that would see Masi have a deputy, shielding him from direct contact with the teams.

However, Red Bull’s sporting director Jonathan Wheatley believes Masi is “more than capable” of emulating Charlie Whiting’s success in the role – providing he has the right support.

“He knew when to tell you to shut up and when you needed an arm around you.

“He was an extraordinary man in that respect and I think the FIA were slow to realise just what a big pair of shoes that would be to fill and I think Michael, with the right support, is more than capable of doing that.

“On a personal level he is entirely a really, really nice guy with no edge to him at all. And he listens and tries to do the very best that he can.”