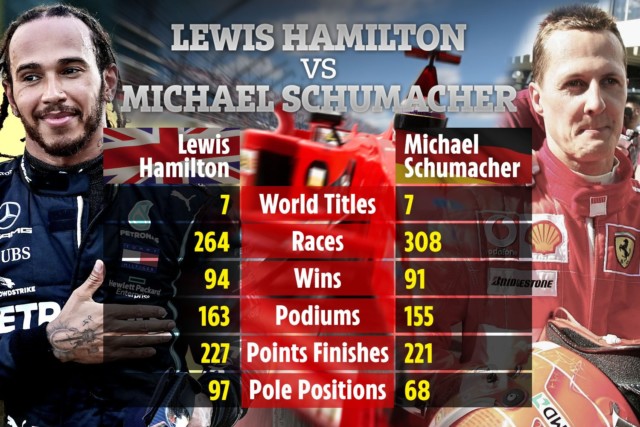 The Brit stormed to victory in the Turkish Grand Prix on Sunday to seal another driver’s championship in his glittering career. 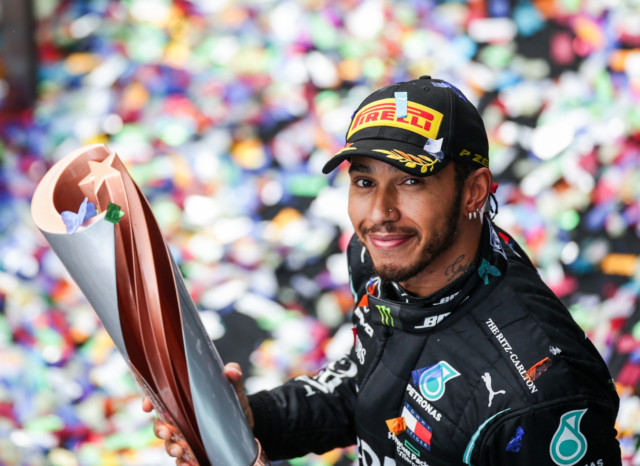 It took him level with the great Schumacher in a record some thought could never be matched.

An emotional Hamilton, 35, said: “My whole life I’ve secretly dreamt as high as this.

“I remember watching Michael winning those championships. We always hear just to get 1 or 2 or even 3 is so hard to get – 7 is just so unimaginable.

“I’m a bit lost for words. I think naturally I have to start with saying thank you to the team. The journey we’ve been on is monumental. 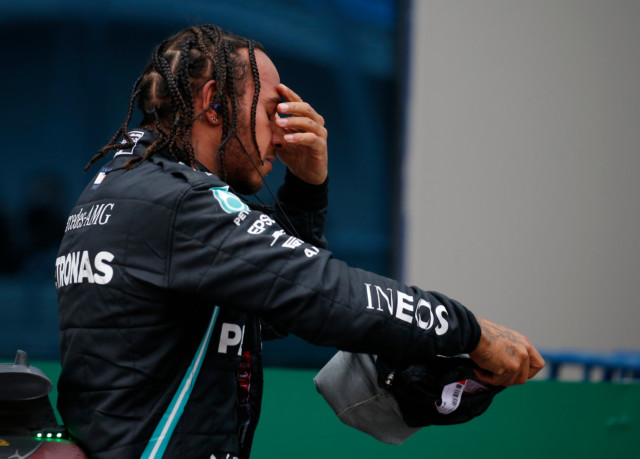 Lewis Hamilton was visibly emotional after the feat 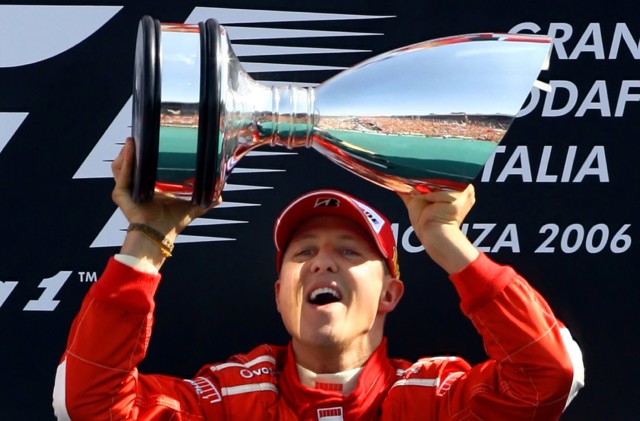 “I want to say also a big thank you to team LH for sticking with me all these years. And to my family who dreamed of this when we were young and watching the grand prix. This is way beyond our dreams.

“It’s so important for kids out there to see this and know that don’t listen to anybody who tells you you can’t achieve something. Dream the impossible and speak it into existence. You’ve got to work for it, chase it and never give up.”

Hamilton came from sixth place to win in Istanbul with a remarkable drive on Sunday.

And he warned his rivals that he feels better than ever after his latest championship win.

“There’s no end to what me and this team can do together. What a day. A lot to take in.

“I feel like I’m only just getting started. I feel physically in great shape and mentally this year has been the hardest year for millions of people and it’s no different for us athletes.” 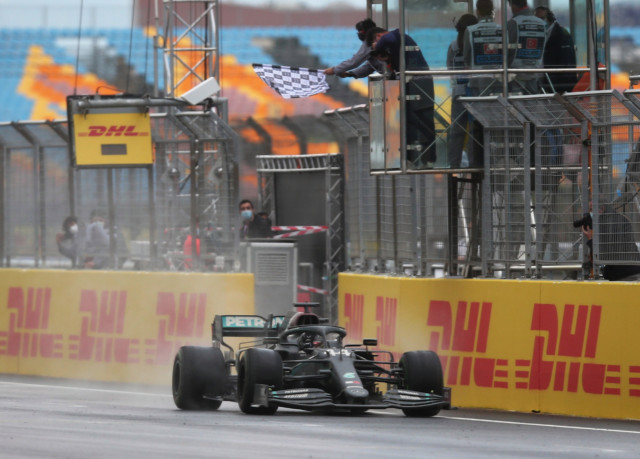 Lewis Hamilton won in Istanbul on Sunday to win his seventh title
Advertisement. Scroll to continue reading.
In this article:grandprix, Hamilton, lewishamilton, onsunday