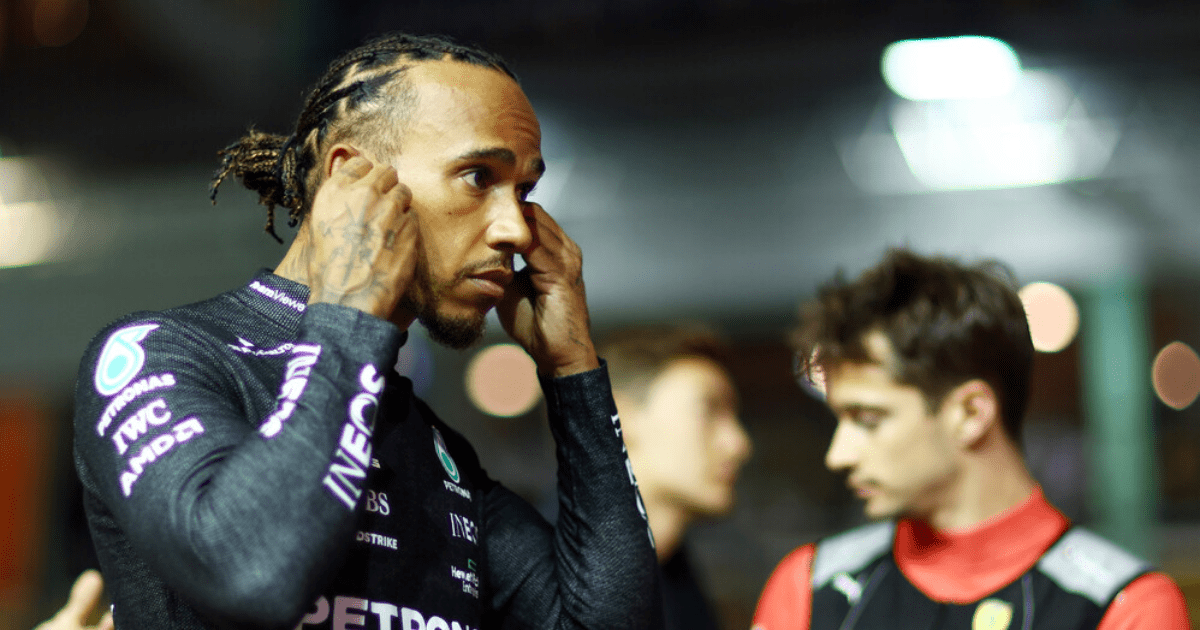 LEWIS HAMILTON admitted he “f****d it up big time” during his ninth-placed finish in the Singapore Grand Prix where he smashed against a wall.

Hamilton started third, slipped down to fourth off the line and finished ninth in a race that also saw Max Verstappen snatch seventh place.

At one point the Mercedes star also crashed into a wall where he broke the advertising hoarding after carrying too much speed.

That is when the British Formula One legend reversed out and limped to the pits to regroup and apologise to his team-mates.

The 37-year-old admitted after the race that it was a “pretty rubbish day” on the track.

However, the seven-time world champion remains confident he will recover from this poor display.

Hamilton said: “I don’t really have much emotion at the moment. It’s a pretty flat, pretty poor day – a pretty rubbish day to be honest. But I feel okay – I’m just looking forward to tomorrow.

“I think we started off with a pretty decent weekend, just really, really unfortunate at the end.

“I was trying – obviously, it was difficult to overtake, and that lock-up into Turn 7, when those things happen, your heart sinks a little bit.

“But you get back up again and you try and I tried to get past Seb [Sebastian Vettel] but it was wet on the inside, so when you fail you get up and try again.

“We would have potentially undercut him, maybe. But it was a battle of not undercut but who got on the slicks first, and it would have been slice and dice.

“So, I was hoping for that and that was what I was working towards but that went all out the fricking window when I locked up.

“So, my apologies to the team but we live and we learn, and I’ll recover.”

In this article:ashe, insingapore, lewishamilton