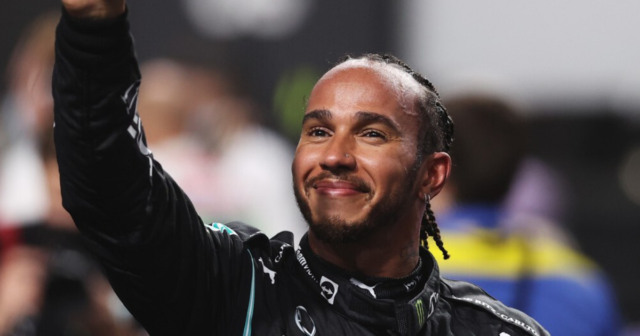 LEWIS HAMILTON was given a HUGE boost ahead of tomorrow’s Saudi Arabian GP.

In dramatic scenes in Jeddah the Red Bull man looked nailed-on for a sensational pole position until he hit the barriers at the final corner.

It means Hamilton starts on pole for the penultimate race in this championship, where he knows he needs to win.

Hamilton had a nervy wait before qualifying. First he was investigated for ignoring doubled-waved yellow warning flags during final practice.

And he was also scrutinised for impeding Nikita Mazepin, a more clear-cut case of pootling along on the racing line while the Russian was on a flying lap.

But he went unpunished for the first offence, with the FIA blaming a marshal’s mistake, while the second infringement earned him a reprimand and his Mercedes team a £21,300 fine.

Those two decisions will anger rivals Red Bull – especially the first let off given the impact of a similar offence in Qatar.

At the previous race, Hamilton’s title rival Max Verstappen was slapped with a five-place grid penalty for the same offence – failing to slow for doubled-waved yellow flags – used to indicate danger on the track ahead.

Red Bull chief Christian Horner was also given a ticking off for blaming a “rogue marshal” for waving those flags incorrectly.

But here the marshals were exonerated from blame by the race stewards.

Hamilton responded to his boost by hammering out the fast laps around this terrifying high-speed street circuit.

At one point during Q3 he almost came a cropper and narrowly avoided the barriers but managed to snatch provisional pole.

But Verstappen was on his flying lap – and was comfortably quicker than his rival – until he overdid it at the last turn. 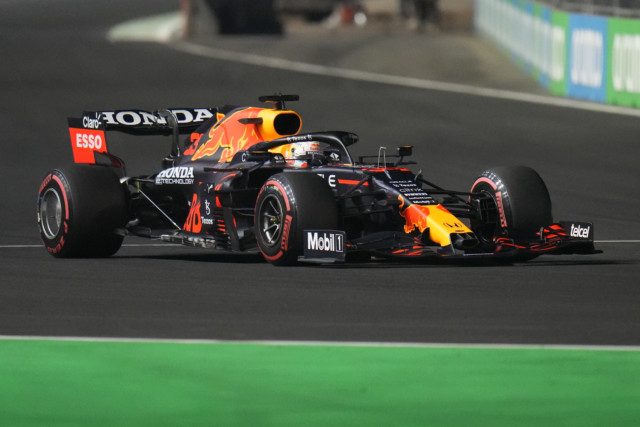 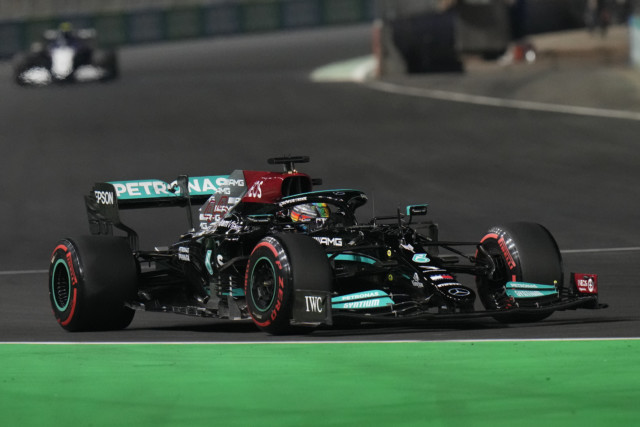 Saudi Arabia is the penultimate race of the F1 season

The Dutchman was gutted and said: “It’s terrible, considering the lap I was on.”

It means the situation is simple for Hamilton.

If he wins the race on Sunday AND takes the point for the fastest lap, he will wipe out Verstappen’s eight-point lead in the championship heading to the final race in Abu Dhabi.

He said: “That’s the goal [winning the final two races]. We have worked so hard and the collaboration with Valtteri has been epic.

“Those guys are so fast but that Red Bull is so fast. We always get closer in race pace and they were rapid and it will be a close battle but Valtteri and I will be on it.”

“What a tough track this is, incredibly technical and complex the speed is phenomenal, but we were struggling with the pace, so to get a one-two is incredible.”

Hamilton has built up some head of steam over the last two races but even so, Merc boss Toto Wolff says the odds are still stacked against them.

He said: “The probabilities are the odds are against us. It’s very simple – we need to win both races. This is the simplified summary.

“Winning a race is not only down to the fastest car and the fastest driver but reliability has a massive influence. That is just the essence of motor racing.

“In summary, we never imagined we would be playing for the championship at this stage of the season.

“But we’ve had two fantastic race weekends and we just need to have more in order to fight for this championship.”

“I very much hope it goes all the way to Abu Dhabi because that means we have a chance to win it there and it is the best man and best machine wins, and whoever wins merits the win.”