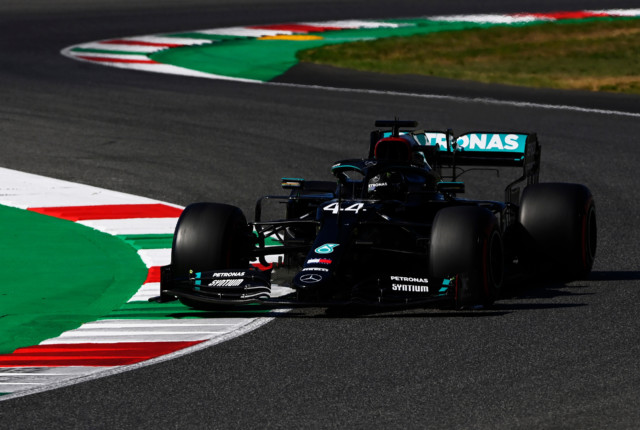 For the first time this season fans will be admitted, and they will see the British star start from the front after edging out Mercedes team-mate Valtteri Bottas by 0.059 seconds.. 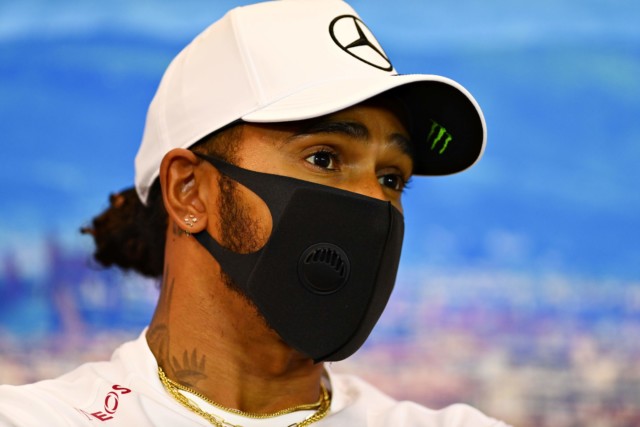 Lewis Hamilton is looking to return to winning ways this weekend

But the Frenchman crashed back down to earth with a bump in Tuscany, failing to get out of Q1.

Former champion Sebastian Vettel did make it out of Q1… just – but will start tomorrow’s race in 14th as his disastrous final season at Ferrari looks set to continue in disappointing fashion.

Meanwhile there was less good news for Hamilton’s compatriot Lando Norris, as he failed to reach Q3 for the first time this season in the McLaren.

As for the six-time champion himself, Hamilton will be looking to get back to winning ways after edging out Bottas in second and Red Bull star Max Verstappen in third.

He said: “It’s been a really tough weekend, this track is phenomenal.

“Valtteri was quicker than me all day yesterday and even this morning.

Career pole No. 95 for @LewisHamilton

“At the end there I think the wind picked up and I wasn’t able to go any quicker.

“But nonetheless it was a job well done.”

Hamilton secured his 95th career pole, as his remarkable, record-breaking season continues in this most unusual of F1 campaigns.