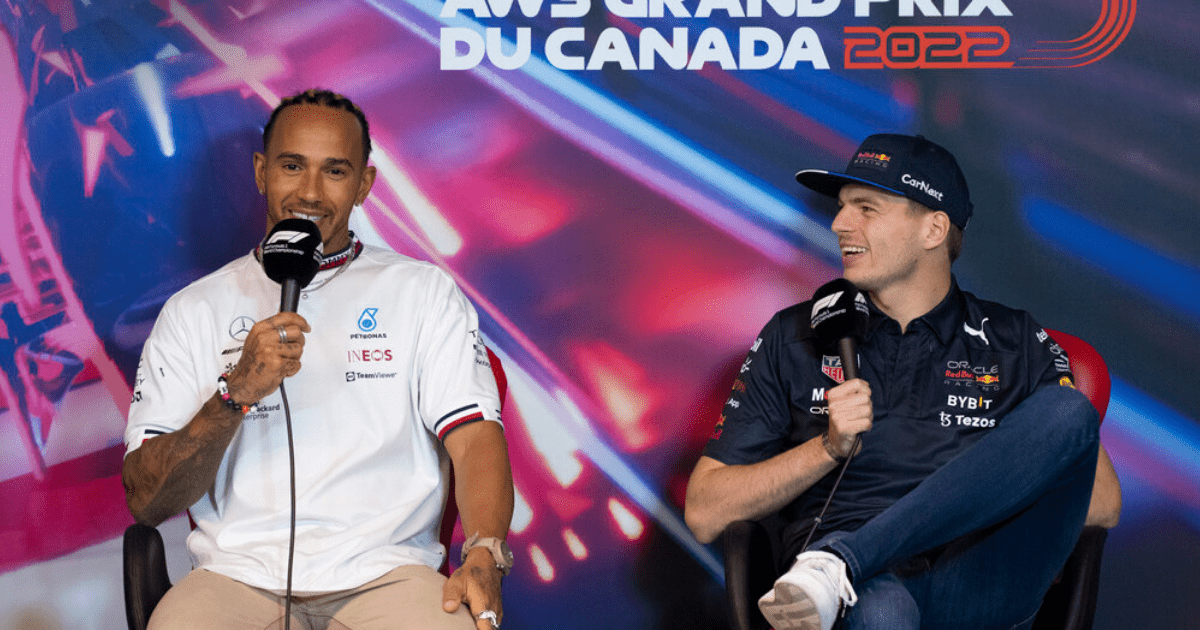 The Formula One rivals have been pitted against each other in recent years with the veteran driver facing his strongest challenge on the track for years.

Their intense battle for the 2021 championship featured multiple flashpoints on and off the circuits with collisions and a war of words culminating in the controversial finale in Abu Dhabi as Hamilton was robbed of a record-breaking eighth world title.

Verstappen defended his crown in 2022 and is preparing to try and win a hat-trick in the upcoming season.

But Hamilton and Mercedes will be looking to bounce back from a disastrous campaign and challenge for the titles.

However, despite their frosty receptions for each other at times, Hamilton insists he has no issues with Verstappen – and talk of any such problems is “fairytales”.

But he cannot speak on behalf of the 25-year-old Dutchman.

The Stevenage star, 38, told Formula One Magazine: “People like to talk about there being problems between Max and me.

“He is a lot younger, so maybe he has a problem with me.

“But I am not sure about that and I actually assume not. Although I can’t speak for him.”

Hamilton added: “He did everything he had to do in 2021, so why should I have a problem with him?

“He performed and delivered every weekend, nobody can take that away from him.”

Hamilton and Verstappen will lock horns again for the first time in 2023 at the Bahrain Grand Prix on March 5.

That is the first of 24 races scheduled for this year, although the fourth round in mid-April is still to be confirmed.

It was due to be staged in Shanghai but was cancelled in December due to ongoing Covid problems in China.