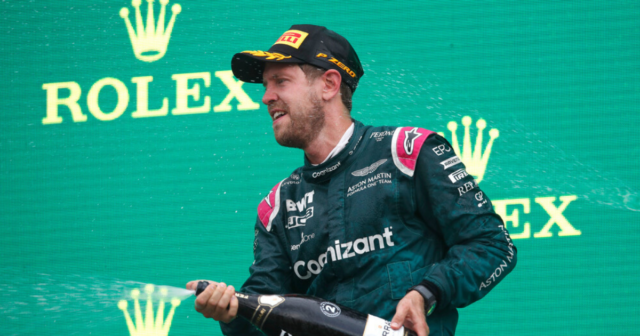 LEWIS HAMILTON has been bumped up to second in the Hungarian Grand Prix after Sebastian Vettel was DISQUALIFIED.

The German driver crossed the line in second behind race winner Esteban Ocon.

But four hours after the chequered flag was waved, he was booted out of the race.

A fuel violation was the reason behind Vettel’s axe.

Vettel had already been issued a reprimand for failing to remove his rainbow t-shirt ahead of the Hungarian GP.

Vettel spoke to Sky Sports ahead of the verdict and said: “I heard it’s because I left my shirt on for the national anthem.