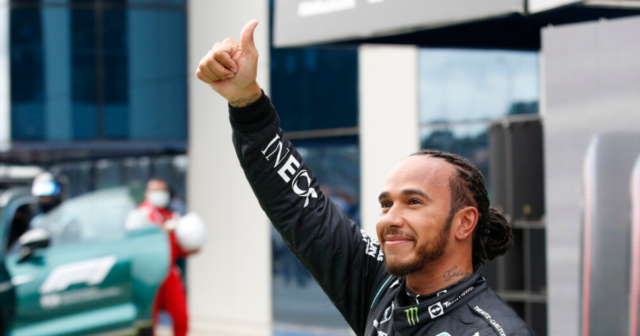 LEWIS HAMILTON has defended his outburst over the radio to his Mercedes team during the Turkish GP – saying it was “passionate” and “in the heat of the moment”.

The seven time world champ lost his grip at the top of the championship after a late precautionary pitstop in Istanbul dropped him from third to finish in fifth place.

Max Verstappen regained top spot in the title race with his second-place finish while Hamilton was adamant he should have stayed out and not pitted in the vain hope of finishing in third.

There were a series of angry messages played out over the airways, as the 36-year-old claimed his decision was the right one.

But after the dust settled and a debrief on the flight home with Merc boss Toto Wolff, Hamilton took to social media to play-down the flashpoint and says he is not angry at his team.

He wrote on Instagram: “I’ve seen some of the press this morning which has made a bit too much of the incident in yesterday’s race of when to pit.

“It isn’t true to say I’m furious with my team.

“As a team we work hard to build the best strategy possible but as the race progresses you have to make split decisions there are so many factors constantly changing.

“Yesterday we took the risk to stay out hoping it would dry, it didn’t.

“I wanted to risk it and try and go to the end, but it was my call to stay out and it didn’t work.

“In the end we did pit and it was the safest thing to do.

“We live and we learn. We win and we lose as a team. Don’t ever expect me to be all polite and calm on the radio when I’m racing, we are all very passionate and in the heat of the moment that passion can come out, as it does for all drivers.

“My heart and spirit are out there on the track, it’s the fire in me that’s got me this far but any angst is quickly forgotten and we talked it through, already looking ahead to the next race.

“Today’s another day to rise and as a team (sic). Still we Rise.” 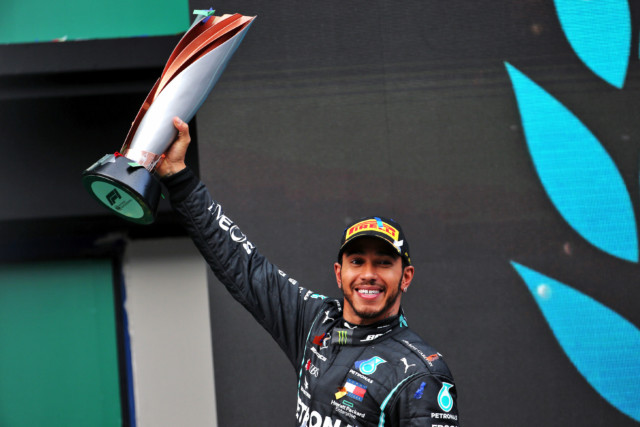 The last time Hamilton raced at the Turkish Grand Prix in Istanbul was when he clinched his seventh World Championship title back in November 2020
Advertisement. Scroll to continue reading.
In this article:Hamilton, lewishamilton, theseven, turkishgp