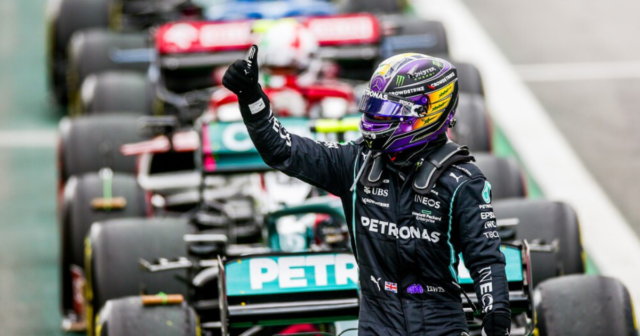 LEWIS HAMILTON pulled off a dazzling “f*** them all” drive in last night’s Brazilian sprint race to resurrect his hopes of a record-breaking EIGHTH title.

Stewards had disqualified him from qualifying after ruling the rear wing of his Mercedes had breached technical regulations and demoted him to the back of the grid. 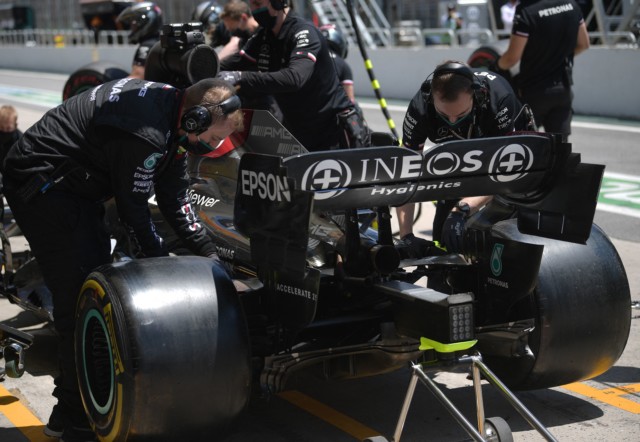 But he ripped through the field in the short 24-lap race to finish an astonishing fifth behind team-mate Valtteri Bottas.

Delighted team boss Toto Wolff roared: “Amazing job Lewis, f*** them all.” To which, Hamilton replied “Copy, it’s not over yet.”

Britain’s seven-time world champ will start tenth on the grid for today’s 71-lap Brazilian GP due to a  separate five-place penalty for taking a new engine.

But his incredible sprint race performance has kept the pressure on bitter title rival Max Verstappen, who will line up on the front row today after finishing second behind Bottas.

Hamilton had been fastest in Friday’s qualifying, but then was hauled in front of stewards after his rear wing was  adjudged to have exceeded the 85mm limit when open.

Verstappen, 24, was also quizzed after video footage of him emerged appearing to tamper with both the rear of his own car and Hamilton’s in perc ferme — also in breach of FIA rules.

The Red Bull driver was hit with a £42,000 fine  yesterday, but Hamilton, 36, was disqualified in what former F1 driver Martin Brundle described as “a quite brutal” decision.

However, Red Bull boss Christian Horner declared: “It is the only conclusion the stewards could come to — it is  black and white.

“People do not design things  to break regulations on purpose because that would be illegal.

“But it shows Mercedes are on the limit. They are being pushed this year and we are enjoying it.”

On Verstappen’s fine for touching the cars, he added: “It is ironic because he gets a fine but  then gets a bonus for getting pole.

“All drivers are inquisitive. We have had drivers pull out clutch panels, while Sebastian Vettel is the king of prodding and poking.

“We have also seen it with Lewis, poking around their competitors’ cars.”

Verstappen extended his world championship lead over Hamilton to 21 points.

In a dig at the stewards’ decision, race engineer Peter Bonnington sarcastically told Hamilton on the radio: “Make sure you don’t touch any of the other cars or check them out in any way.” 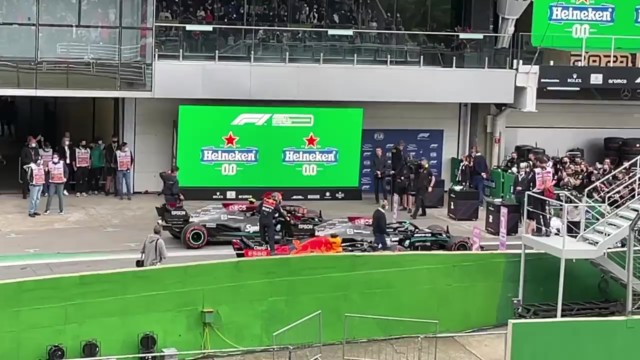