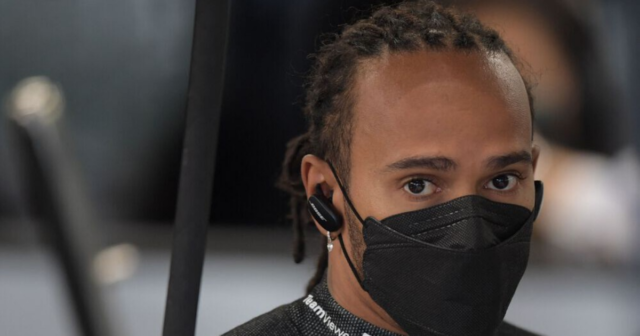 LEWIS HAMILTON’S Formula One title hopes were dealt a huge blow after he was disqualified from qualifying at the Brazilian Grand Prix.

The Brit, who is currently 19 points behind rival Max Verstappen with just four races left, will now start at from the pit land for Saturday’s sprint race.

FIA stewards determined that Hamilton’s Mercedes fell foul of technical regulations concerning DRS and his pole lap at Interlagos was chalked off.

His punishment promotes rival Max Verstappen to the front of the grid.

Hamilton, 36, is already facing a five-place grid penalty for Sunday’s main event after Mercedes changed his engine for a fifth time this season.

The seven-time world champion’s DRS system was alleged to have opened up further than the permitted range, thus reducing drag, as he opened up a 0.4 second advantage on Verstappen in Friday’s qualifying session.

Mercedes confirmed they will not appeal against Hamilton’s disqualification, tweeting: “We want to win these world championships on the race track”.

Verstappen, 24, was also investigated after a video emerged of him touching Hamilton’s car in the aftermath of qualifying.

But the Dutchman escaped with a £42,000 fine and no further punishment for breaching rules around ‘parc ferme’, the secure area in the paddock where the Formula 1 cars are given safety checks by race officials.

The penalty comes as a seismic blow to Hamilton’s dream of winning a record-breaking eighth world title, with Verstappen now in the driving seat to extend his championship lead. Just 78 points are available following Sunday’s Grand Prix.