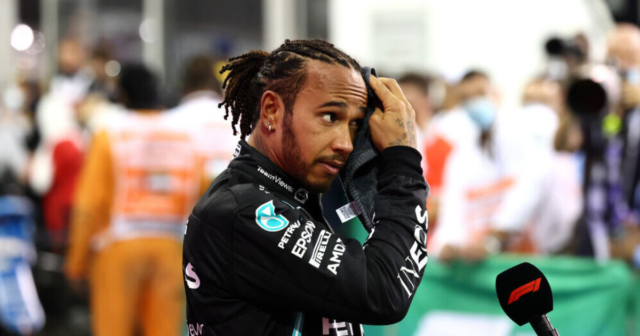 LEWIS HAMILTON could be punished by new FIA President Mohammed Ben Sulayem for skipping their prize giving gala – warning the Brit there would be “no forgiveness”.

Hamilton shunned the event in Paris on Thursday night along with Merc boss Toto Wolff.

The two did so in the wake of the controversial outcome of the Abu Dhabi GP where Max Verstappen passed Hamilton on the final lap to win the race and the title.

reported on Thursday that the FIA could punish Hamilton as a failure to attend was a breach of Article 6.6 of F1’s Sporting Regulations.

Ben Sulayem, who succeeded Jean Todt as FIA President, said: “First of all, as a driver, I feel emotional but at the end of the day rules are rules.

“So we are going to look into the side where the technical rules are there to be employed.

“Was he in breach? I have to look into it. We have to be following our rules, but in the meanwhile it doesn’t stop us from making a champion feel good about the sport.

“It’s easy to be nice to people, it’s cheap to be nice, and also to motivate people, but if there is any breach there is no forgiveness in this.”

Hamilton could be hit with a fine or even a reprimand, that would take his tally to three, triggering a 10-place grid penalty in the season-opener in Bahrain.

Meanwhile, Ben Sulayem says he would not “jump” into a decision on under-fire race director Michael Masi, who made the controversial call in Abu Dhabi.

He added: “I’ll look into every single matter that can improve the FIA or if there’s an issue about it, but I definitely wouldn’t do just jump into conclusions or decisions without going back to my team.”

Fans and pundits have agreed that Hamilton was cruelly denied the world title, with supporters voicing their opinion in Paris.

Parked outside the awards presentation was a van with an interactive message that read: “WeStandWithLewis.”

The message comes after Wolff declared that Hamilton could sensationally quit F1 after being left ‘disillusioned’ by the sport following Verstappen’s triumph.

But speaking during the FIA Prize-Giving gala in Paris, Verstappen insisted his rival has no reason to walk away.

He said: “Of course, I can understand that the first few days, after a race like that, you’re not happy.

Did you miss our previous article…
https://www.sportingexcitement.com/formula-1/inside-bernie-ecclestones-family-including-baby-ace-eldest-daughter-deborah-66-and-seven-grandchildren