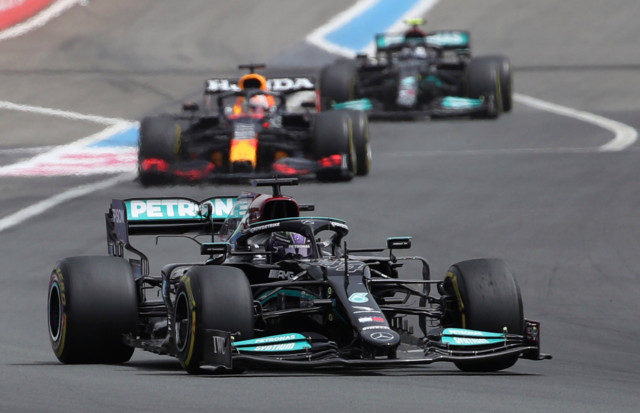 LEWIS HAMILTON was denied a crucial victory in the French Grand Prix as Championship leader Max Verstappen overtook him with just two laps to go.

In the end it all came down to strategy – and it was Red Bull and their Belgian driver who were left celebrating.

Hamilton made the perfect start to the race when he overtook pole-setter Verstappen instantly.

But then followed a real ding-dog battle that went down to when the teams decided to pit.

Both drivers complained about their tyres at various points in the race – but it was Verstappen’s radio that caused him the biggest issues.

At one point he was even told to adjust his headset – but the problem seemed deeper than that.

Nine laps before the end Verstappen overtook Valtteri Bottas to take second and provide a real threat to Hamilton’s dominance.

Did you miss our previous article…
https://www.sportingexcitement.com/formula-1/what-is-drs-what-does-it-stand-for-when-did-f1-introduce-it-all-you-need-to-know-about-the-drag-reduction-system