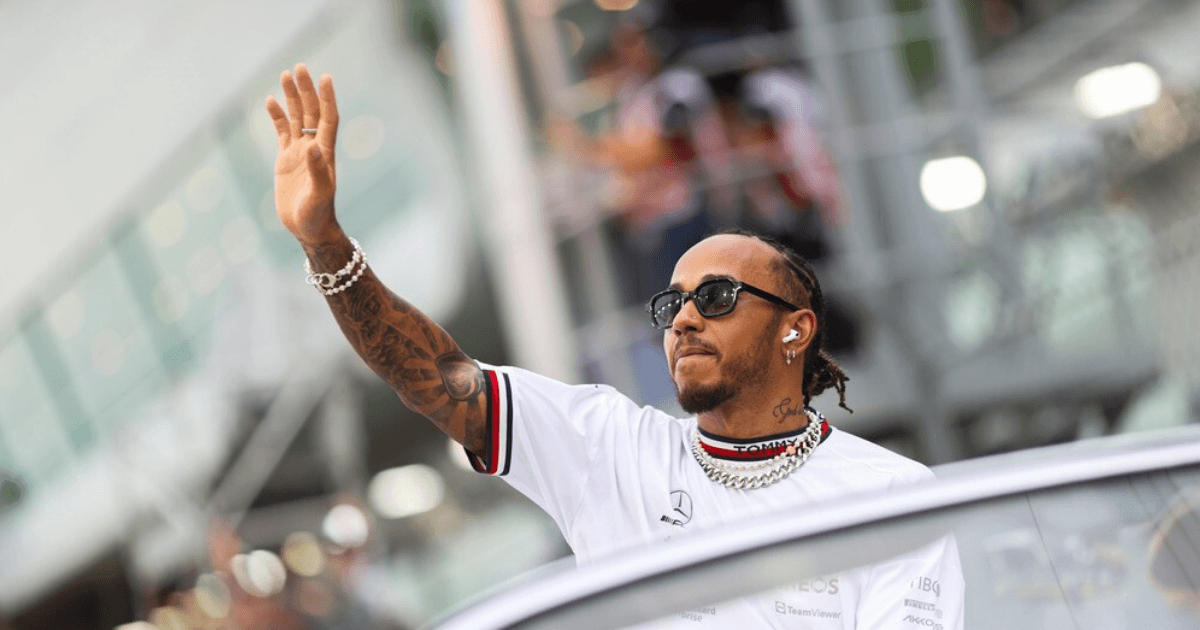 LEWIS HAMILTON has insisted he is happy at Mercedes despite being on track to produce his WORST-ever season in Formula One.

The seven-time World Champion is yet to win a race this year, with Mercedes struggling to produce a car near the pace of Red Bull or Ferrari.

Hamilton laboured to a P9 finish in Singapore

And Hamilton, 37, has also struggled himself and currently sits 6th in the driver standings – 32 points behind Carlos Sainz and 33 behind team-mate George Russell.

But Hamilton has reaffirmed his happiness in F1 amid rumours of him signing a new five-year contract.

Hamilton told Sky Sports: “I definitely feel I’m happier than I’ve ever been, which is really strange because I’m not winning in racing, and that’s really been my go-to thing.

“Having success there would bring me so much happiness, but I’m finding more happiness in my personal life now, just being more comfortable in who I am, and my surroundings and my intentions.”

Despite being in cars which were arguably less competitive than this year’s W13, Hamilton has always managed to wrestle a race win out of every season he has competed in F1.

Furthermore, he has never finished below fifth place in the driver standings.

Hamilton went on a run of winning five podiums in a row – with back-to-back runner-up medals – prior to the mid-season break but has failed to replicate that form in the four races since.

He failed to finish the Belgium Grand Prix after taking damage from Fernando Alonso, and then came 4th and 5th in the next two races before a P9 result in a turbulent Singapore Grand Prix.

Next up for the drivers is Suzuka, Japan, a circuit which has not been raced at in F1 since before the Covid-19 pandemic.

The race this weekend could Max Verstappen finally wrap up the title after failing to do so in Singapore.

Following his trip around Africa during the break, Hamilton revealed he feels more at peace with himself.

He added: “We live in such a bubble, there’s so much happening around the world and so many people are struggling with so much.

“It’s sad to see if you really sit and watch the news because it feels like it’s worse than ever.

“That experience of going to Africa, seeing people with so little – I say so little but they also have everything, they’re so happy – but just seeing a different way of living.

“We accumulate too much stuff, we eat too much food, the things that we take for granted, people don’t have that luxury and I think it’s really great to have that experience to put things into perspective.

“There, it was just when I was most at peace.”

There had been fears Hamilton would quit the sport after the controversial way he lost the title to Max Verstappen last year.

And despite being more than half a season beyond those events, they have returned to the spotlight once again with reports indicating Red Bull – along with Aston Martin – may have exceeded F1’s new budget cap.

Depending on how bad the transgression is, it may even lead to Hamilton being awarded the 2021 title.

In this article:career, lewishamilton, oncourse