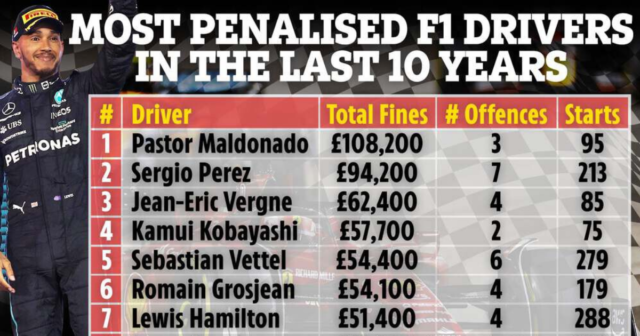 LEWIS HAMILTON is officially one of Formula 1’s most penalised driver’s of the last decade.

The Brit may have won seven world titles, but he’s also no stranger to racking up a penalty fine or two from the F1 stewards.

A study carried out by Money.co.uk shows Hamilton as the seventh most penalised driver between 2011 and 2021.

The Brit has cost McLaren and Mercedes £51,400 in fines during that time.

Although Hamilton did move to Merc in 2013, meaning they are the ones who have picked up the majority of the bill.

The bulk of Hamilton’s grand total came just last year, with the 37-year-old costing Mercedes £41,000 in 2021 for his two offences. 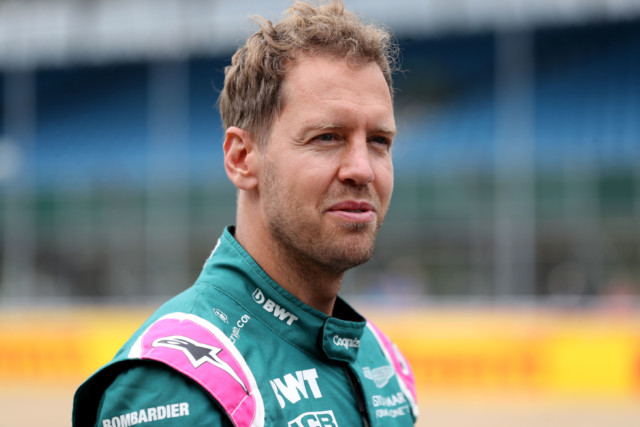 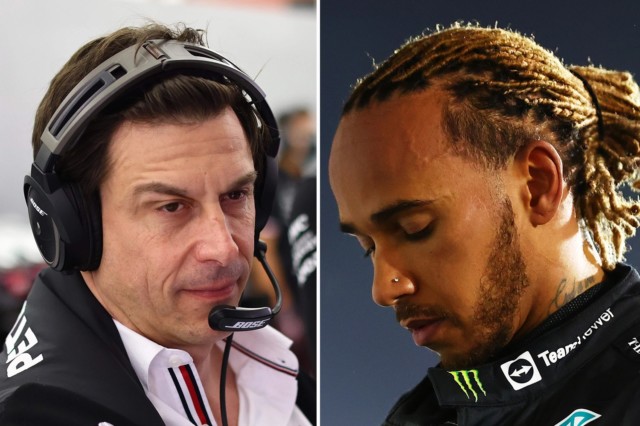 TOT OF THE PUMPS

He was slapped with a mammoth £21,000 fine for undoing his safety belts after winning in Brazil last November.

But he’s nowhere near as guilty as former Williams and Lotus driver Pastor Maldonado.

The Venezuelan is the highest offender on the list when it comes to money he’s cost his team – £108,200 from just three penalties.

Max Verstappen also makes it onto the list of the most penalised drivers of the last 10 years, despite only being in the sport for six of those.

In total the reigning F1 world champion has accumulated close to £42,000 worth of fines.

Elsewhere four-time world champ Sebastien Vettel has racked up a cool £54,400 worth of offences over the years.

With veteran Kimmi Raikkonen starting a whopping 349 races across the period, before retiring at the end of last season, the Finnish driver was always going to be on the list.

Although surprisingly despite starting more races than any other driver, his £50,000 worth of fines only make him the ninth most penalised driver from 2011-2021.

Raikkonen though is the most serial offender in the table, with 11 penalties to his name.

The closes to him is Segio Perez’s seven offences, resulting in £94,200 worth of fines and earning his place as the second most penalised driver in the last decade.