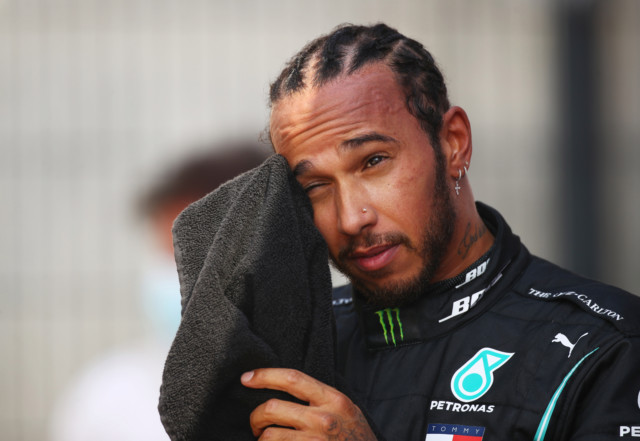 LEWIS HAMILTON will not break down in tears when he equals legend Michael Schumacher’s record of 91 F1 wins — because he is only interested in titles.

The Brit can match the tally at this weekend’s Russian GP in Sochi — a race he has won four times out of six.

Lewis Hamilton has a whopping 55-point lead in the championship

It would mark an incredible achievement, as most thought the German’s record was untouchable.

Hamilton, second quickest in the afternoon session, was comfortably ahead of Daniel Ricciardo, who was best of the rest in his Renault.