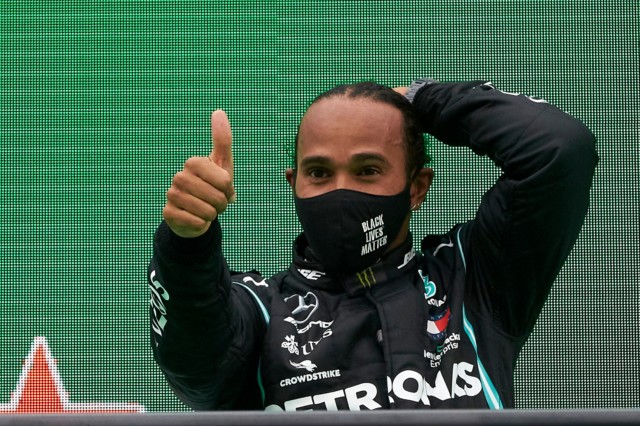 THERE cannot be any debate about it now.

It is a fact, rather than an opinion, to state Lewis Hamilton is the greatest British sportsman of all-time.

There is simply no other person from these islands who can claim to be the greatest of all-time at any sport with a global reach.

In football, athletics, tennis, golf or boxing, no other Brit comes close.

So Hamilton’s 92nd Grand Prix victory — secured in Portugal on Sunday, to  surpass Michael Schumacher’s record  — ought to be the clincher.

Hamilton will equal Schumacher’s record of seven Formula One drivers’ titles this year, too.

That he stands on the brink of such an achievement, from a relatively poor background in a rich man’s sport, and as the first black man ever to compete in F1, makes Hamilton more remarkable still.

Perhaps you don’t recognise Hamilton’s status because Formula One leaves you cold — and here you have my sympathy.

Petrolheads are often a breed apart from most general sport lovers.

And, in the modern era, F1 is the only major sport which doesn’t grab me in any way. 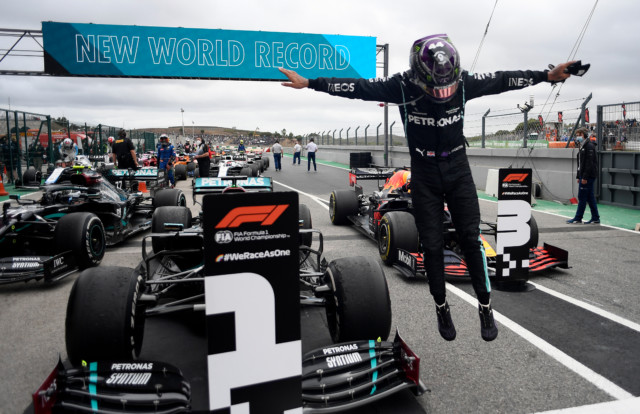 Unlike in the time of Ayrton Senna and Alain Prost, or James Hunt and Niki Lauda before them, the sport lacks sex-and-violence appeal. To be brutally honest, it lacks the glamour of genuine danger. Senna was killed competing at it. Lauda almost.

Now you will be lucky to see any overtaking. Any actual car racing.

Hamilton gets this and is privately apologetic about the fact that he and his Mercedes team are making F1 so predictable.

We should not allow all that to undermine Hamilton’s singular brilliance among British sportsmen though.

He didn’t get to choose his era and he only gets to drive the fastest car because he is proven to be the best driver.

Even if you accept Hamilton’s greatness you may not actually like or admire him as a man.

Yet this sort of thinking is either lazy or outdated. Hamilton is anything but the bland corporate entity he has often been typecast as. 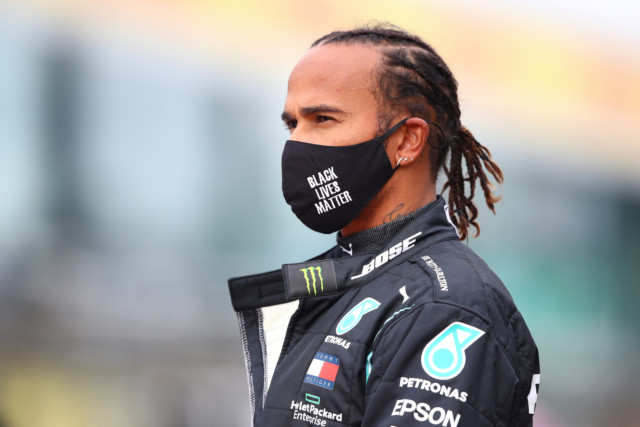 The Brit has stood up for social justice 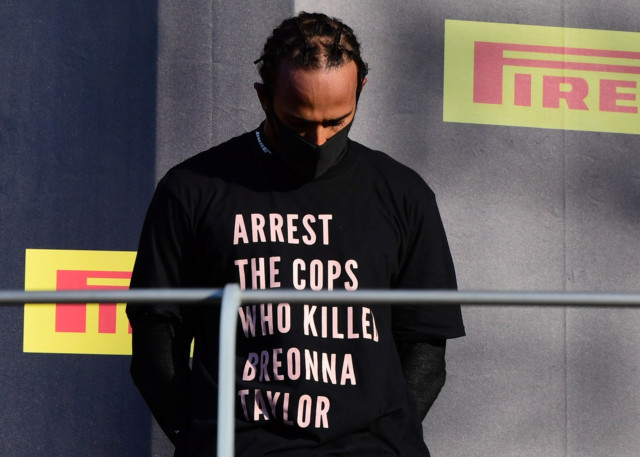 Over the past few years, he has been consistently fearless in speaking out on several issues in an off-message manner.

Hamilton, 35, has also championed environmental causes in a sport which is far from green.

And when coronavirus began to take hold, as Hamilton’s rivals trotted out ‘the show must go on’ platitudes before the scheduled season-opener in Melbourne in March, the Brit blew the lid off the whole charade by insisting the staging of the race was ‘ridiculous’.

Soon, he was proved right as the Australian Grand Prix was cancelled and major sport went into global lockdown.

Then, most importantly, come Hamilton’s words and actions on race. Like Tiger Woods, he is a black man who rose to dominate an almost exclusively white sport.

You’d like to call them both trailblazers — yet that would suggest that many others have followed. And in F1, as in golf, they haven’t.

In recent times, Hamilton has been far more vocal on the issue than Woods, supporting the Black Lives Matter  movement with persistence and vigour.

He is opposed on this issue, at every turn, within his sport. Yet he continues to call out the ill-informed bigots inside F1.

Today is beyond my wildest dreams. I couldn’t be here today without my team, continuously innovating and pushing the barrier in this game. I’m so grateful to have you guys by my side through this journey. It doesn’t matter how many Sunday’s we do this, it’s always a challenge. None of this has been easy. It’s been such a privilege to work with you all. I’m thinking of Michael today, I will forever have the utmost admiration and respect for you, it’s truly been an honour to be mentioned in the same sentence as you. And to you #TeamLH, I can’t express how grateful I am for all of you. All I can say is thank you, from the bottom of my heart for always believing in me. Still We Rise

Hamilton has also set up, and partly funds, the Hamilton Commission ‘to identify the key barriers to recruitment and progression of black people in UK motorsport’.

Not that these barriers ought to be  difficult to identify when many wealthy parents bankroll their go-karting sons to the tune of several hundred thousand pounds.

Hamilton’s status as a great driver has been obvious since he emerged in Formula One in 2007. Now he is marking himself out as a great man, too.

And you don’t have to love the current era of Formula One to recognise him as Britain’s sporting GOAT.