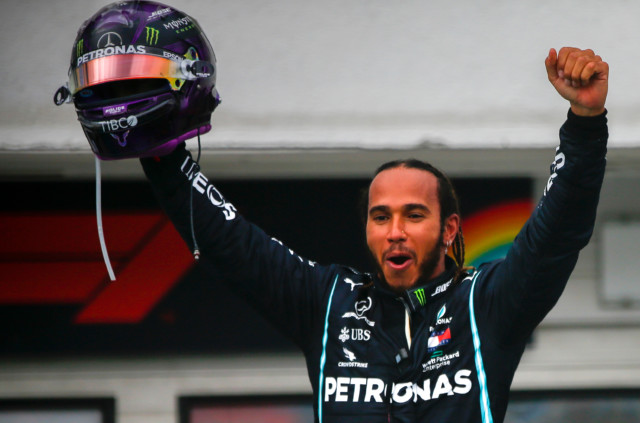 LEWIS HAMILTON has been labelled “a machine” as he hunts down Michael Schumacher’s records and breaks them.

The praise comes from Formula One‘s Managing Director, Ross Brawn, who runs the sport on a day-to-day basis for owners, Liberty Media. 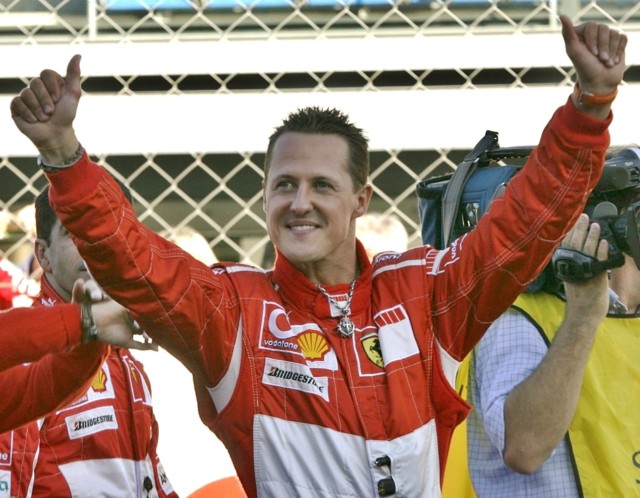 Brawn has a bittersweet feeling about seeing Hamilton eclipse the German’s achievements.

He was the technical director at Benetton when Schumacher won his first two titles and followed him to Ferrari where he won five more.

But Brawn has also played a key part in Hamilton’s success, convincing him to join Mercedes in 2013 when he was the team’s boss.

Hamilton has since flourished and is set to equal Schuamcher’s total of seven world titles this season.

Schumacher’s record of 91 wins is also set to be bettered by Hamilton, who is currently on 86 and goes into this weekend’s British GP as the clear favourite.

When quizzed by as to which driver is the best, Brawn’s long-term relationship and loyalty to Schumacher prevents him from picking sides.

He said: “I have a very long and personal relationship with Michael, so it would be difficult to pick who is the best.

“But I never imagined for any moment that anyone would come close to Michael’s record.

“Having been part of Michael’s achievements and witnessed it, it is absolutely incredible that Lewis is close to breaking that record and I am sure he will.

“He is in the right team, he is at the peak of his ability. His driving is incredible and, what’s fascinating is his lifestyle is contrary to what you’d expect from a top sportsman.

“What I see in Lewis, compared to Michael is that they are both incredibly professional and committed but Lewis doesn’t make mistakes.

“He might have a spin in practice, but it is so rare for him to make a mistake in a race.

“He is relentless. He is one in a generation. I am convinced he will break the record and go on to set the bar even higher.

“Lewis is a machine and has done it his own way. He has broken the mould. A great competitor and sportsman.”

Brawn said he had no hesitations about approaching Hamilton to drive for Mercedes midway through the 2012 season.

Hamilton was then at McLaren and was sold Brawn’s dream and, with retirements in Belgium and especially Singapore, he was convinced to jump ship. 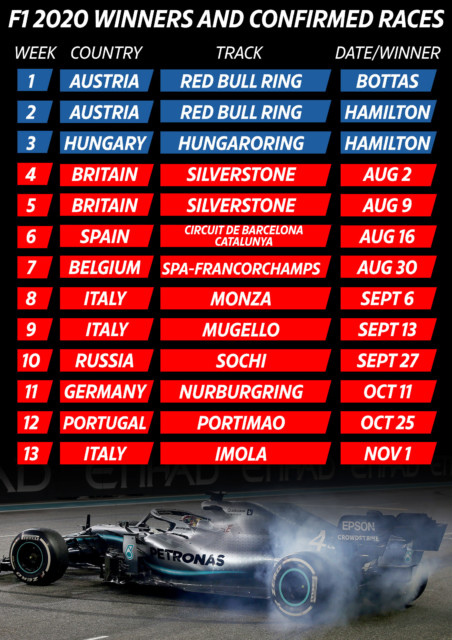 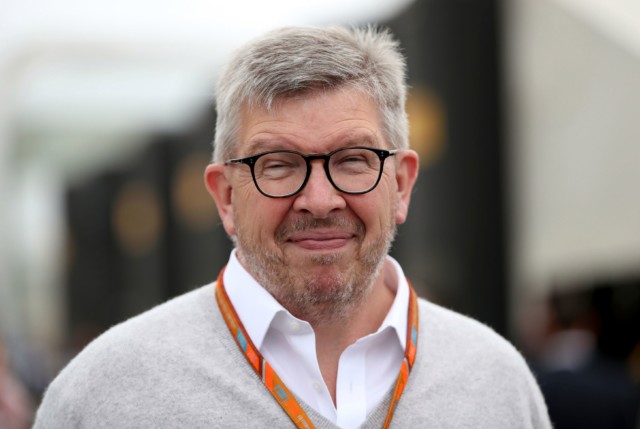 The hurdle proved to be the contract, which the late Niki Lauda helped get past the paymasters at Daimler.

Brawn added: “The biggest challenge was finding a commercial agreement and that is where Niki came in.

“We had convinced Lewis it was the right move for him to make. He had only known McLaren and he wanted to try something different.

“We had to sort out the commercial terms, which you can imagine for someone like Lewis, were pretty strong, so Niki helped to get that over the line.”

Hamilton has been outspoken on many issues in the past and his current focus is on end racism and support of the Black Lives Matter movement.

Following the Hungarian GP, the 35-year-old called out F1 and the sport’s governing body, saying he felt their End Racism campaign had slipped off the agenda.

Brawn says it definitely hasn’t and they will ensure that message is hammered home at Silverstone this weekend.

He said: “Hungary was not impressive and it was compounded by the weather conditions with the drivers coming to the grid as late as possible.

“We also moved from something F1 had structured at the first race to something the drivers wished to take responsibility for, and that didn’t work terribly well.

“We had a very good meeting with them and the FIA and at Silverstone you will see a structured, respectful message.

“The other topic is some drivers take the knee and others don’t but I think we should allow people to express their message in how they feel is appropriate.”

F1’s commitment to ending racism and improving diversity was not helped by Bernie Ecclestone’s bombastic comments.

Brawn gives little time to the former F1 supremo, who is no longer involved in the sport.

He added: “Bernie was a key part of Formula One for many years. I was talking to Lewis the other day about this. My father is in no way racist but his terminology towards this topic is very different to me.

“Each generation is changing for the better and we have to look at future generations for solutions, not the older generations.”

Brawn and his team deserve plenty of credit for getting the season started as F1 became the first international sporting event to return after the coronavirus pandemic.

Preparations are all in place for Silverstone for this week and next in a rare double-header.

And Brawn remains confident the measures in place will also allow the Spanish GP to go as planned.

He said: “In Formula One, logistics is all part of our daily grind, so dealing with a new set of rules and challenges is in our DNA.

“Our decision today is that we are going to Spain. We believe that the biosphere communities within the teams is holding strong.

“I am reasonably comfortable if nothing changes. We have to react to change but if things stay as they are, then we think we can manage the situation.”