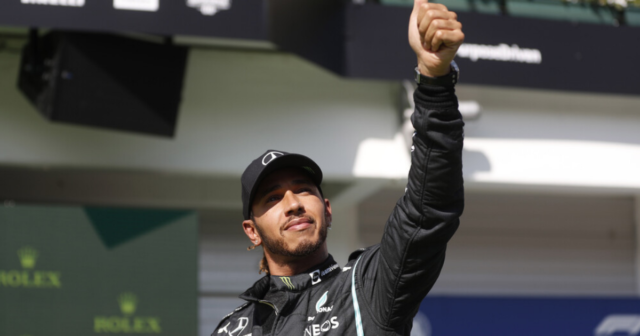 LEWIS HAMILTON was loudly booed by fans at the Hungarian Grand Prix after clinching pole position.

The British driver led a Mercedes 1-2 with title rival Max Verstappen back in third.

sir lewis hamilton shall keep gettin all these hoes mad.

hate the game, not the player

But F1 fans in attendance were in no mood to congratulate the seven-time world champ.

As he stepped up to conduct his post-qualifying interview, deafening boos rang out from the fans.

The interviewer called on them to stop.

But Hamilton shrugged them off, saying they ‘fuelled’ him.

The 36-year-old said: “I’ve never actually felt so great with the booing. If anything, it just fuels me. I don’t really mind it.”

It was unclear exactly why those in attendance booed.

During the top 10 shootout, Hamilton slowed on the outlap to such an extent that only three drivers were able to have a final shot at securing a faster lap, a tactic that may have irked those hoping to witness a thrilling finish.

It was clear there was a large Verstappen fan base in attendance, with many wearing orange in support of the Dutchman.

Hamilton also caused controversy at the last race, when he crashed into Verstappen and ended the Red Bull driver’s race before going on to claim victory himself at Silverstone.

Despite the tension between them, there was a nice moment after qualifying in Hungary as the pair bumped fists.

Hamilton added after the race: “It was an amazing qualifying lap and it has been amazing teamwork from everyone, Valtteri [Bottas] included, trying to push the car forward.

“I hope the weather is good for everyone, enjoy the sun and stay safe.” 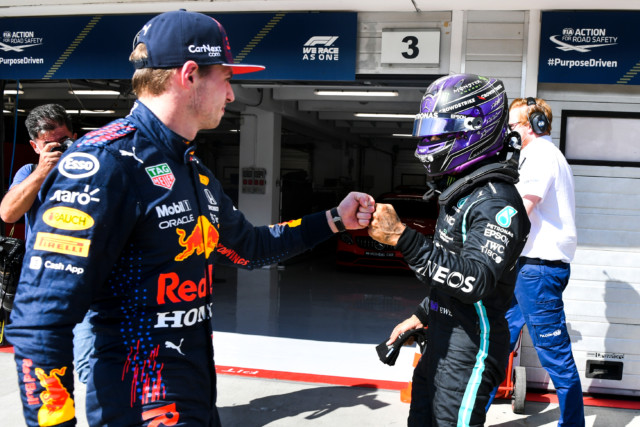