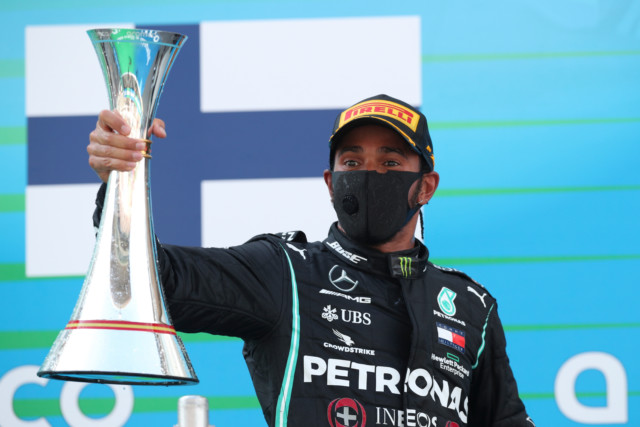 LEWIS HAMILTON set a new record for the most podiums in Formula One history after his crushing win in Spain.

Hamilton led from the start to the chequered flag in a commanding performance for the 88th win of his career.

It was his 156th podium, beating Michael Schumacher’s record by one.

Hamilton is also on course to beat the German’s all-time win record of 91 victories and equal his seven world titles this season.

He said: “All of us drivers here grew up watching Michael and dreaming of one day being here.

“What is happening right now is far beyond what I dreamed as a kid and I’m incredibly grateful for the opportunity that I’m given.

“Michael was obviously an incredible athlete and driver and I always just feel really humbled and really honoured to be mentioned in the same light as a driver like him and Ayrton and Fangio. 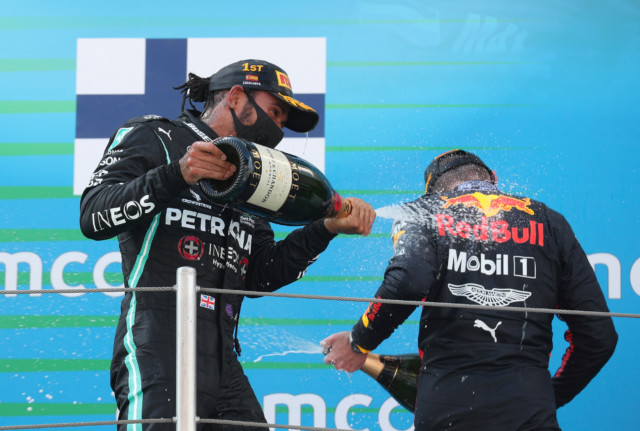 Hamilton celebrated with runner-up Max Verstappen on the podium

“It’s pretty cool, and I hope the Hamilton family are proud also.”

Hamilton now has a whopping 37-point lead over nearest rival Max Verstappen, who was second in Barcelona.