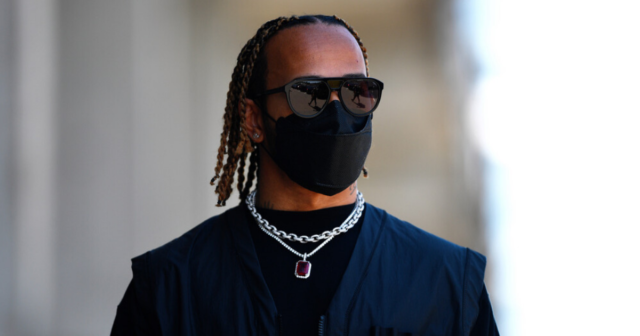 LEWIS HAMILTON thanked his Formula One colleagues for their support following online racist abuse, saying that he no longer feels alone in the sport.

Hamilton and his Mercedes team were subjected to terrible abuse online following his smash with Max Verstappen at the British Grand Prix.

There was swift action from F1, the FIA, Mercedes and Red Bull to condemn the abuse while several drivers also posted messages of support.

And the 36-year-old, who has led the sport’s anti-racism campaign, says he was grateful for their support.

Hamilton said: “What I would say is that it was amazing to see the support from the sport, from my team, and from some of the drivers.

“I felt for the first time that I didn’t stand alone in the sport.

“Because for the other years, or the other 27 or whatever years I’ve been racing, no-one would ever say anything.

“When it happened in 2007, no-one ever said anything. So it was really amazing to see the steps that we’ve taken.

“Of course we can’t condone that, and there’s no room for that sort of abuse.

“But if I have to be on the receiving end of that in this industry for people to become aware, then that’s part of my journey, that’s why I’m here.”

Meanwhile, Hamilton has also criticised Hungarian prime minister Viktor Orban, who announced the country will hold a referendum on what it describes as ‘child protection’ issues.

The new legislation makes it an offence to ‘promote or portray’ homosexuality to children.

Ahead of the Hungarian GP, Hamilton pleaded to his Instagram following blasting the “unacceptable, cowardly and misguiding” laws.

He wrote: “To all in this beautiful country, Hungary. Ahead of the grand prix this weekend, I want to share my support for those affected by the government’s anti-LGBTQ+ law.

“It is unacceptable, cowardly and misguiding for those in power to suggest such a law.

“Everyone deserves to have the freedom to be themselves, no matter who they love or how they identify.”