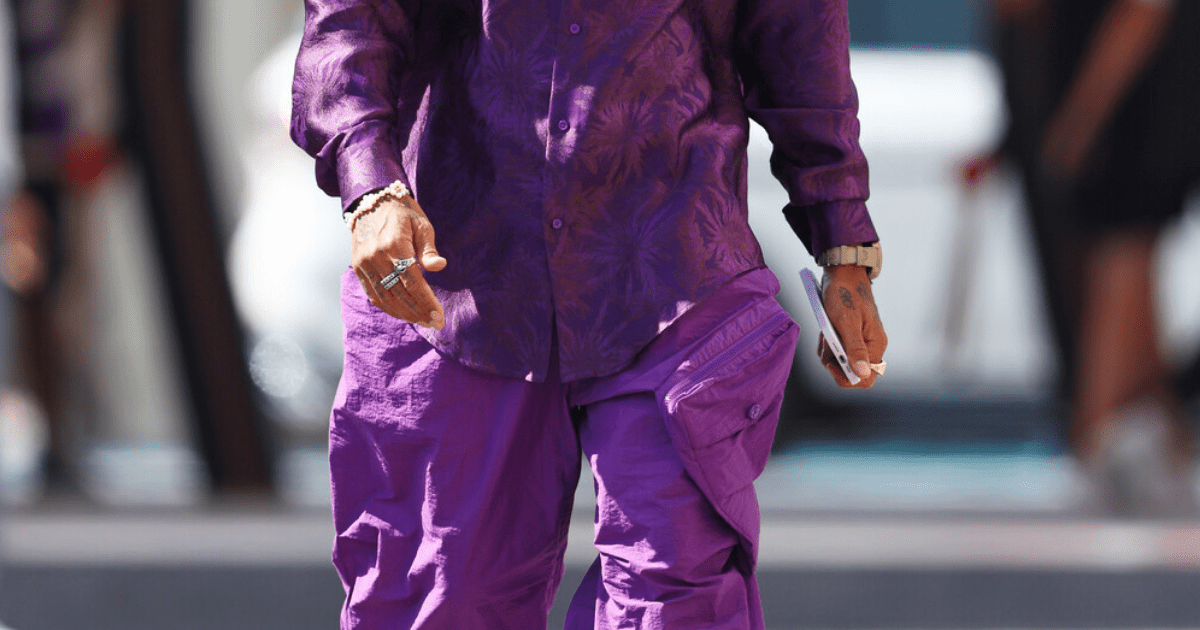 LEWIS HAMILTON has arrived in Abu Dhabi ahead of the Grand Prix in a stunning all-purple outfit.

The British racer pulled off the unique look as he arrived at the paddock for the media day ahead of the last race of the Formula 1 season.

Fans however did poke a bit of fun at the seven-time World Champion on social media.

One said: “Man looks like a Quality Street but to be fair behind the wheel he’s always quality.”

A third commented: “Lewis is a supermodel he deserves that much attention, and it suits him well as always. The trousers may be a little bit too long. I hope he doesn’t trip over it.”

Hamilton will be hoping to end this season on a high and the Abu Dhabi Grand Prix would be a great place to do it after last year’s dramatic finale against Red Bull’s Max Verstappen at the same track.

The Mercedes driver was aiming for his eighth title but he was locked on 369.5 points with Verstappen after a thrillingly contested season between the two.

The Dutch driver had taken pole position in qualifying, but it was Hamilton that led through the first corner once the race started.

But on Turn Six, Verstappen took his car up the inside of the Mercedes, forcing Hamilton into the run-off to maintain his lead.

Red Bull complained to F1’s governing FIA and race director, Michael Masi, but race stewards believed that it was not necessary for an investigation.

However, Verstappen was handed a lifeline as Williams driver Nicholas Latifi crashed into the barriers on Lap 50 of 58, causing a Safety Car to be brought onto the track.

This meant that Mercedes had to choose between pitting Hamilton and putting on fresh tyres, but this would be risking ending the race behind the Safety Car.

By not pitting Hamilton, Mercedes chose to keep the lead, but knew Verstappen, who had pitted, would be chasing him down on newer soft rubber tyres.

But they did not think that the race would be restarted in time due to the regulations on restarts and the cars that had been lapped.

On lap 56 there were five lapped cars between the two World Championship hopefuls, and the message “lapped cars will not be allowed to overtake” was communicated from Race Control.

However, in the penultimate lap, there was a massive change of heart as the five cars between the two title contenders were now instructed to overtake.

Following this, it was announced that the race would restart for a winner-takes-all 58th and final lap between Verstappen and Hamilton.

On older tyres Hamilton did his best to try and hold off the Red Bull, but he was overtaken on Turn Five.

He did try to get the spot back as he had more straight-line speed, but it was not enough to stop Verstappen from claiming his first World Championship. 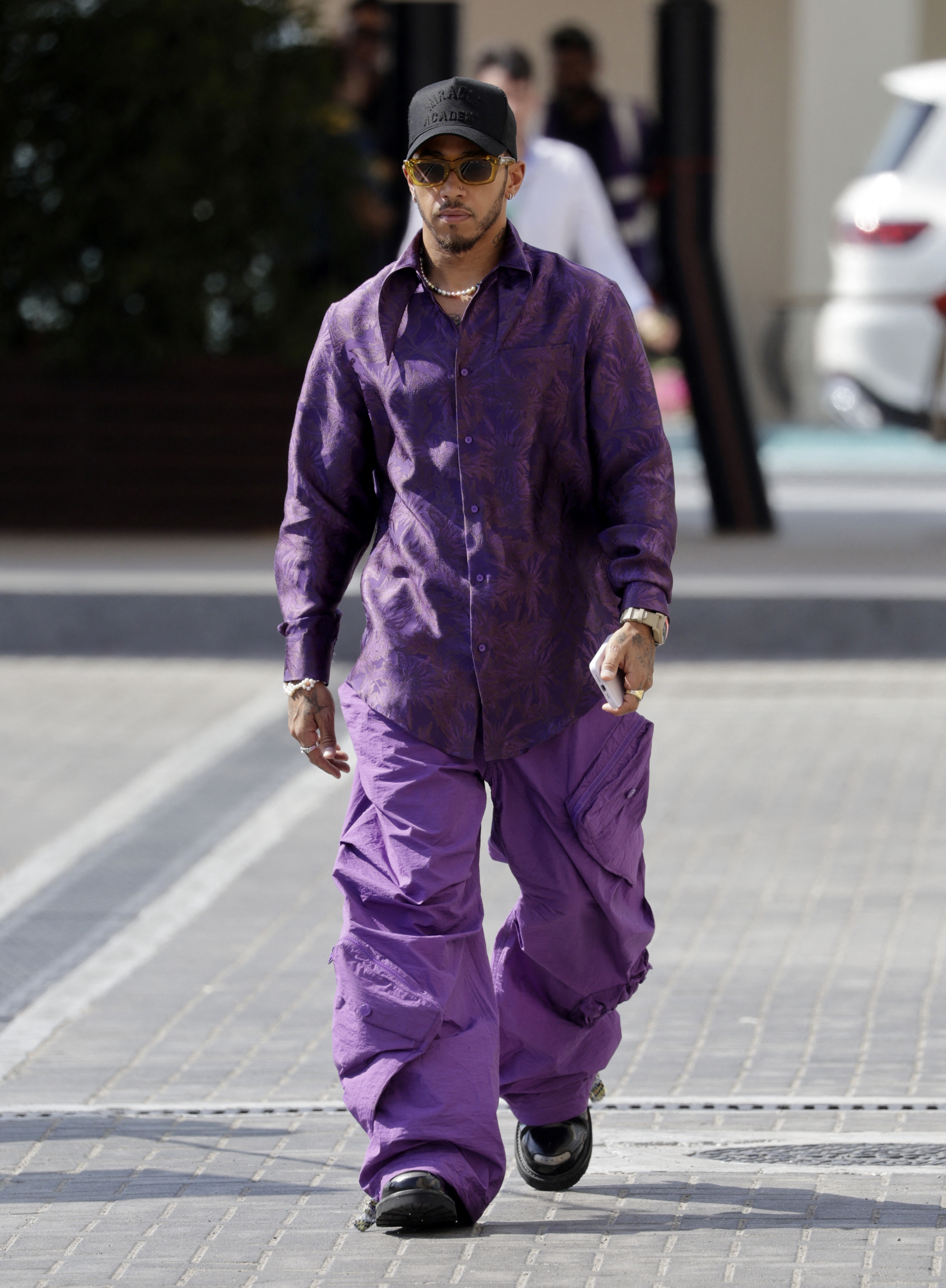 Fans were divided over Hamilton’s purple outfit, with some comparing him to a Quality Street 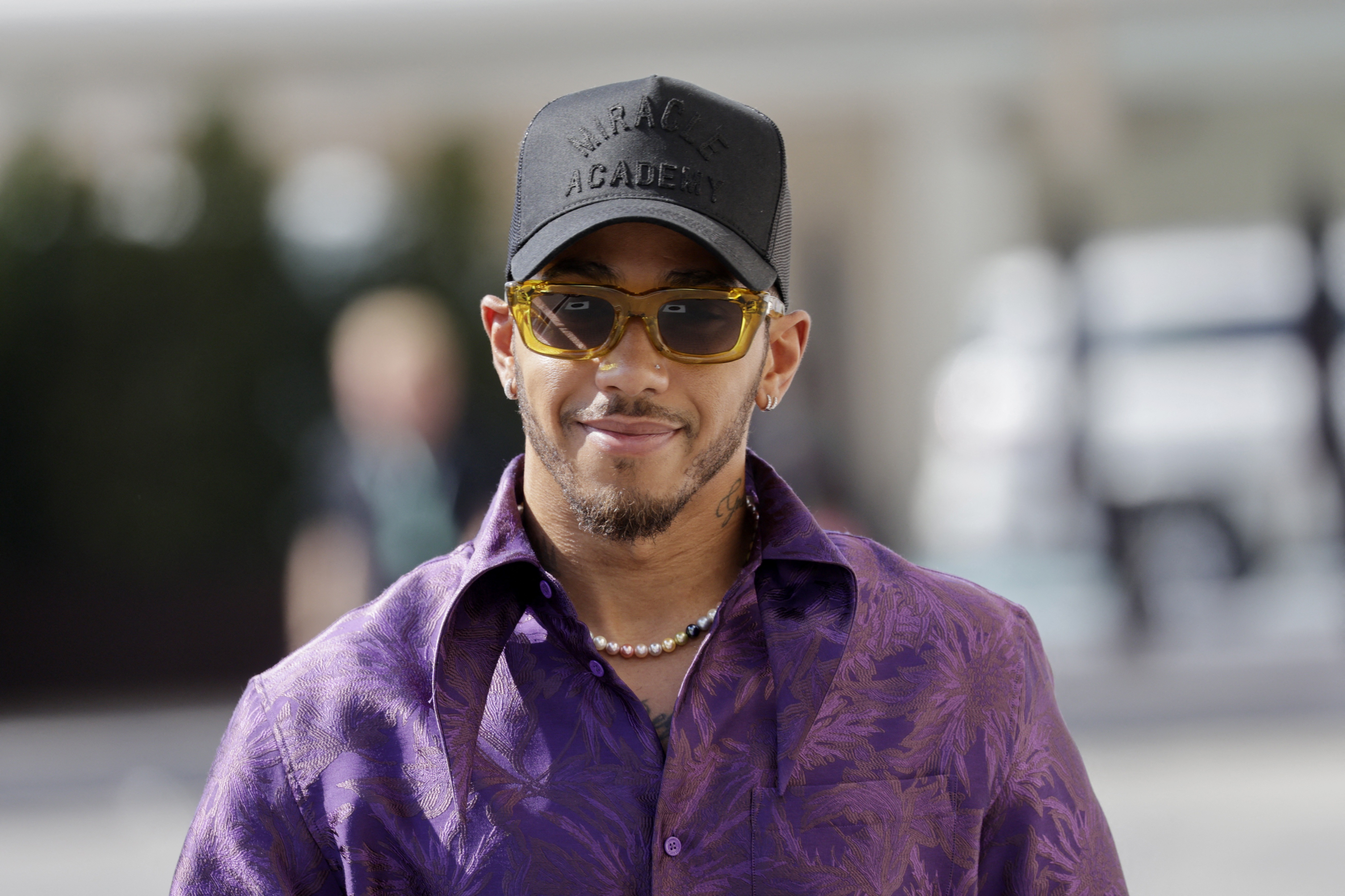 Others loved the ensemble

In this article:abudhabi, lewishamilton, maxverstappen