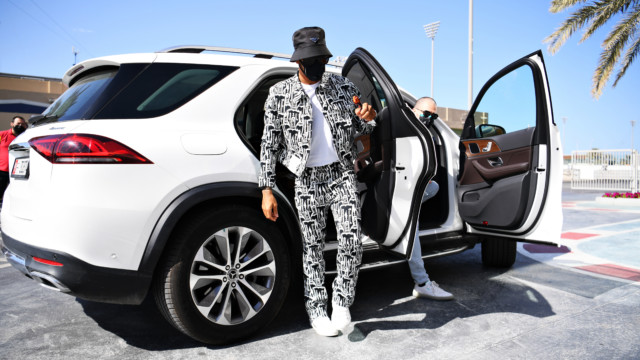 LEWIS HAMILTON has arrived in Abu Dhabi as he prepares to return to Formula One following his coronavirus scare.

The British star, 35, missed the most-recent race at the Sakhir GP after testing positive for coronavirus.

LH’s back, tell a friend

Great to have you back, Champ!

George Russell replaced him for the race in Bahrain and was on course to win but for what Mercedes boss Toto Wolff called a ‘colossal f*** up’ from the team.

Earlier this week, seven-time world champion Hamilton opened up on the ‘hardest week in some time’ after struggling with the virus.

At the time, he hinted he would return for the final race of the 2020 season in Abu Dhabi, despite having already clinched the title.

And now, having returned a negative coronavirus test and spent ten days in quarantine in Bahrain, Hamilton is ready to return to Mercedes.

In a statement on Thursday night, Mercedes revealed: “The Mercedes-AMG Petronas F1 Team is pleased to confirm that Lewis Hamilton will drive for the team in this weekend’s Abu Dhabi Grand Prix..

“Lewis tested negative for Covid-19 on Wednesday prior to completion of his self-isolation period in Bahrain.

“This enabled him to travel to Abu Dhabi on Thursday afternoon, and he tested negative on arrival.

“Lewis has therefore completed the protocols required by the FIA for his entry to the paddock and will be able to take part in the race weekend. 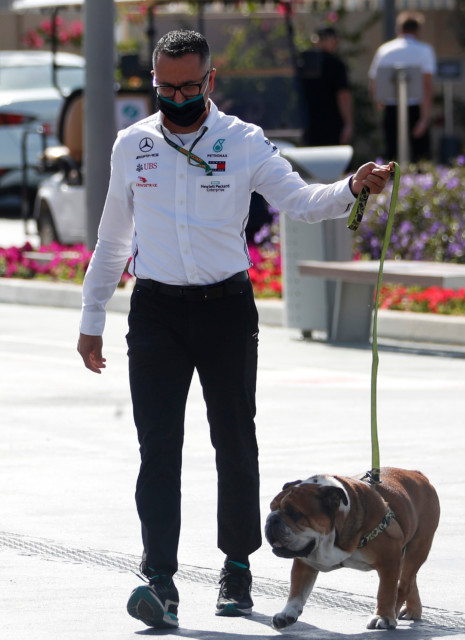 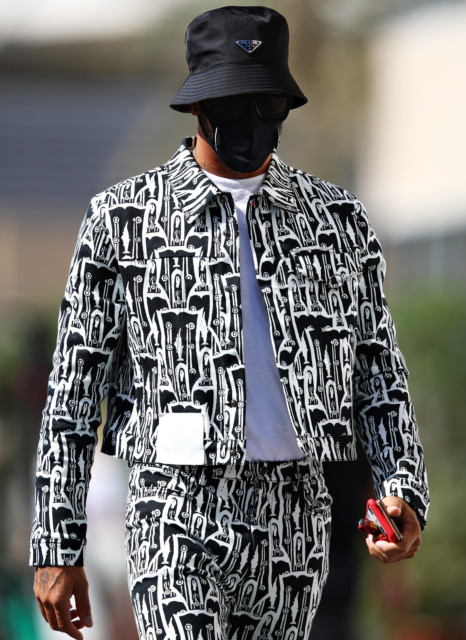 Hamilton will return to his Mercedes this weekend, with Russell heading back to Williams

“George Russell will return to Williams Racing for the final event of the 2020 season.”

On Friday morning, Hamilton arrived at Yas Marina alongside his dog, Roscoe, ready to get his race weekend underway.

The British style icon wore a daring black and white matching outfit paired with a bucket hat as he prepared to finish 2020 with a bang.

Hamilton is expected to take part in Friday’s practice sessions, ahead of qualifying on Saturday and Sunday’s big race.

His return is bad news for Russell, who would have been hoping to have been given another shot in the Mercedes.

Instead, the British star will return to his loan spell at Williams for Abu Dhabi.

Back home @WilliamsRacing, checking it still fits! Did I miss much? pic.twitter.com/GF0i4uFMz9

Bottas removed ‘Mercedes’ from his Instagram bio, while Russell took ‘Williams’ off his.

However, Mercedes have shut down speculation, insisting Bottas’ seat for 2021 is safe.

But Russell seemed more than happy to be back at Williams.

On Thursday he proudly tweeted a picture of himself in his full team gear.

Russell captioned the post: “Back home @WilliamsRacing, checking it still fits! Did I miss much?”

And he revealed he was thrilled to see Hamilton fit and well, adding: “Seriously though, glad to see @LewisHamilton back and fighting fit

“Had a blast with @MercedesAMGF1 but now I’m buzzing to put everything I’ve learned into action with my team @WilliamsRacing.

“Gonna give it everything this weekend – just as they do for me week in, week out.”