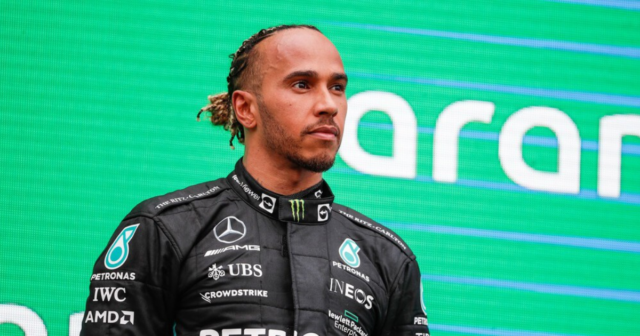 LEWIS HAMILTON has bravely opened up over a disgusting racial attack he suffered at the hands of a father and son.

Speaking to Vanity Fair, Hamilton says he’s only now facing up to the traumatic experience which happened when he was just 11 years old.

The seven-time Formula One world champion, 37, has been a leading voice in the drive for sporting and social equality.

And Hamilton says his battle against racism has led him to revisit certain past events in his life.

“Emotions and feelings that I had when I was younger, and it all came up.

“[Go-karting in Italy and France] There was a lot of the N-word going around.”

One such encounter in England saw Hamilton racially abused and attacked when he was only a kid.

The future Mercedes superstar was just 11 or 12 years old when he was heading to the shops for some cakes.

Hamilton was in Newcastle at the time seeing his mother and stepfather.

But he was viciously attacked in the street by a father and son, who knocked him to the ground and kicked him while shouting: “Go back to your country.”

Hamilton revealed: “Even today I remember how terrifying it was. I really, really couldn’t understand it.

“I could never understand it. When you’re being attacked, there’s this fear – there’s fear and there’s anger as well because you want to get them back for the pain that they’re causing you.

“And my dad, I was probably too scared to tell my dad, because I didn’t want him to think I was a wuss.

“I didn’t want him to think I couldn’t defend myself. I just remember a lot of times just being alone, just in tears in my room.”

Hamilton has since gone on to become arguably the greatest driver in Formula One history.

But he adds he was made to feel unwelcome when he joined the sport in 2007.

Did you miss our previous article…
https://www.sportingexcitement.com/formula-1/how-its-feared-michael-schumacher-will-never-fully-recover-from-ski-crash-as-doc-says-he-wont-be-like-he-was-before/