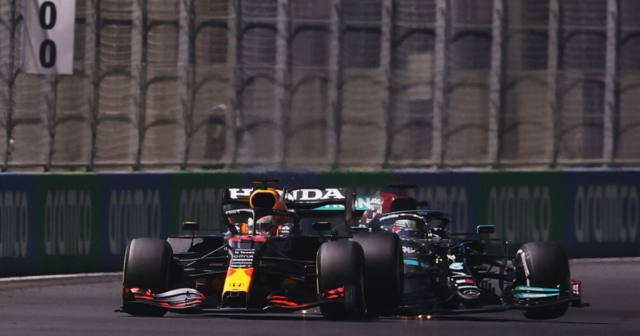 LEWIS HAMILTON suggested rival Max Verstappen drives over the limit after his action-packed win in the Saudi Arabian Grand Prix.

The Brit, 36, picked up maximum points to draw level with Verstappen. 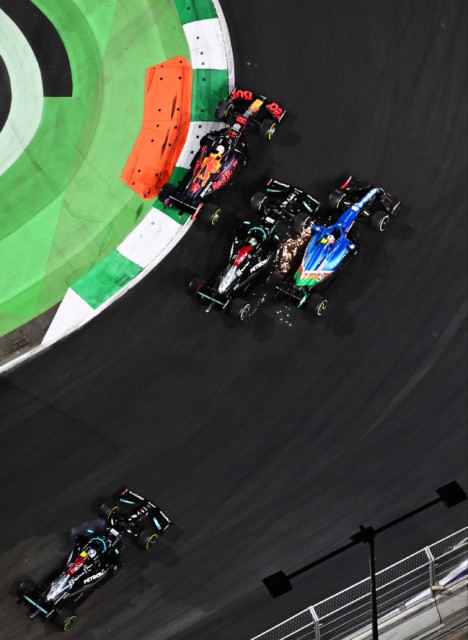 And he narrowly avoided disaster after Verstappen braked suddenly – the pair collided before Hamilton managed to overtake a few laps later.

The Red Bull man was ordered to let Hamilton pass after he cut across the Mercedes star to avoid being overtaken – once again nearly causing a crash.

After the race Hamilton said: “For me I really had to try and keep my cool out there which was really difficult to do.

“There were so many crazy curb walls and then he obviously brake tested I think to try and get the DRS into the last corner to overtake me again going into turn one.

“Does Max fall into that category…He is over the limit for sure. I have avoided collisions on so many occasions with the guy and I don’t know in his mind being the one who does that. But you fight to live another day which I did.

The major incident came during lap 38.

Verstappen was told to let Hamilton pass but Race Control failed to inform Mercedes in time.

Hamilton revealed he was left confused and he did not realise he was being allowed to overtake, so he too slowed before his front wing was clipped, leaving Verstappen to speed off.

He added: “I did not get the information, it was very very confusing.

“All of a sudden he started backing up and moving a little bit and I was like ‘is he trying to play some kind of crazy tactic?’ I am not sure.

“The messages started coming through as he hit the brakes so hard and I nearly went up the complete back up of him. For him it does not matter if he does not finish. For me we both need to finish. It will be interesting to see what happens.

“I am personally chilled. I feel like I am in a boxing ring, I am ready to go.”

Verstappen too was unhappy with how events unfolded and he stormed off the podium after surrendering his eight point lead.