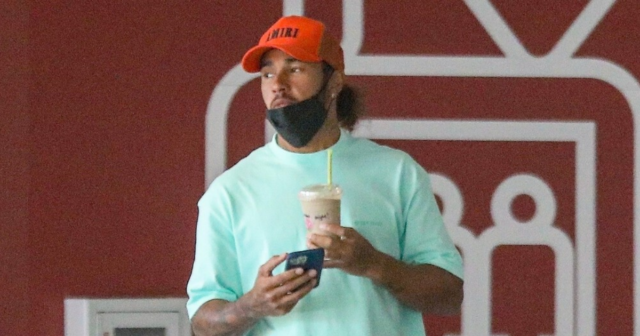 LEWIS HAMILTON has been spotted out in public for the first time since his defeat to Max Verstappen in Abu Dhabi.

The seven-time Formula One world champion was seen grabbing an iced coffee while out in California.

Hamilton, 37, has not officially confirmed whether or not he will be returning to the track this year after the fallout from last year’s final race in Abu Dhabi.

The Brit lost out on the Driver’s Championship title to Verstappen after a controversial finale to the 2021 season.

Rumours have since circulated suggesting that he may not return to the sport over frustrations about the FIA and Michael Masi.

His decision will be dependent on the inquest into the title-deciding race, which will be published two days before the start of the season.

However, it was recently revealed that he WILL be at the launch of Mercedes’ 2022 car.

Totto Wolff and his team appear to be optimistic about his return, with Mercedes posting plenty of Hamilton content on their social media channels.

Most Formula One drivers have returned to pre-season training, including George Russell.

The young star is expected to go toe-to-toe with his new team-mate this year, which could make for an even more thrilling title race.

Meanwhile, former Mercedes co-star Valtteri Bottas admits he was confused by his parting gift from the team.

The German manufacturer gifted the Finn his 2017 car – the year he joined the team – and Bottas joked: “I don’t have room for it!”