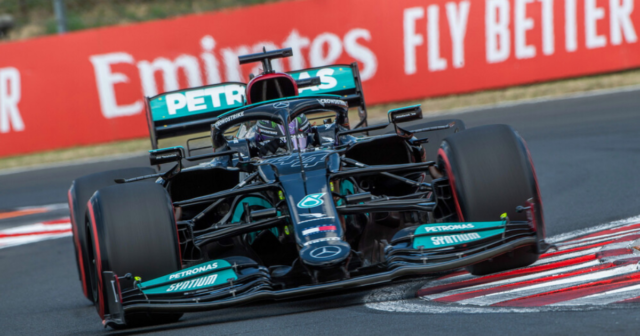 LEWIS HAMILTON starts on pole for the Hungarian Grand Prix in a huge boost to his title hopes.

Arch rival Max Verstappen is back in third. 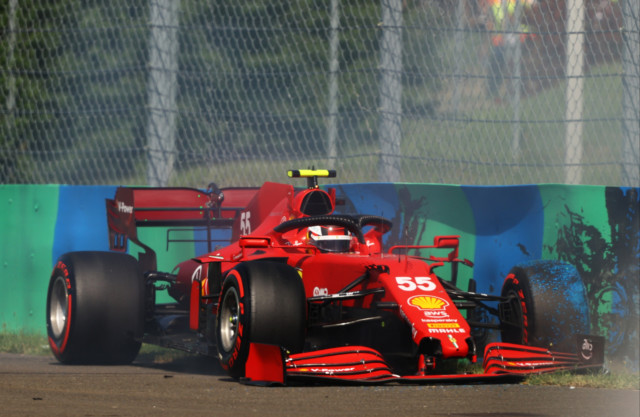 Carlos Sainz crashed out in Q2

It was another impressive afternoon for McLaren’s British driver Lando Norris who starts in sixth.

Tyre selection proved a major talking point, with Mercedes the only team to select the mediums for Q3.

It means every driver in the top 10 on the grid will be on softs except Hamilton and Bottas.

It was clear who the fans in Hungary would prefer to win tomorrow, with Hamilton met with a chorus of boos when he stepped up for his post-qualifying interview.

The British superstar said he welcomed the boos – saying they “fuelled” him.

The Spaniard came off at high speed in Q2, sliding into the wall and losing his front wing.

He starts from 15th in tomorrow’s race. 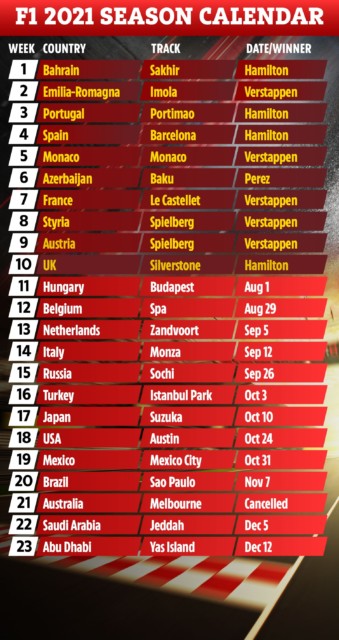 It was a frustrating qualifying session yet again for Daniel Ricciardo who failed to make the top-10 shootout. The Australian starts in 11th.

Mr Saturday George Russell managed to out-qualify his Williams team-mate, but it was still a disappointing afternoon, with him finishing 17th ahead of Nicholas Latifi in 18th.

Nikita Mazepin and Mick Schumacher bring up the rear.