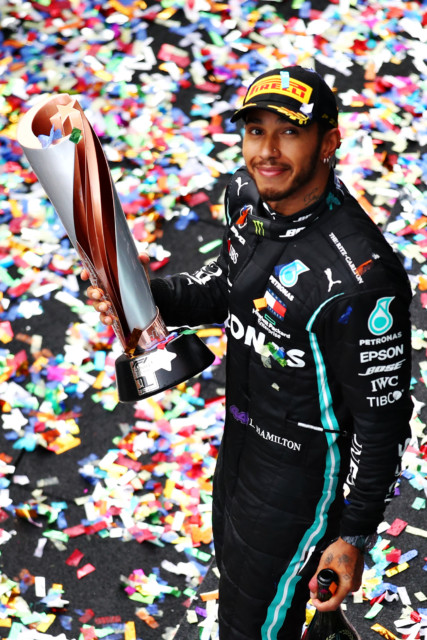 LEWIS HAMILTON will be knighted in the New Year Honours list after a personal request from Boris Johnson, it is reported.

As SE exclusively revealed in November, the seven-time world champion, 35, is to be given the gong after his controversial tax affairs were deemed ‘all in order’.

Lewis Hamilton will be knighted after Boris Johnson personally intervened

British PM Johnson was determined that Hamilton, who has passionately supported the Black Lives Matter movement this season, was recognised for his stunning achievements.

But according to MailOnline, as a result of Hamilton living in ‘tax exile in Monaco’, Johnson will add his name to the ‘Diplomatic and Overseas List’ of recipients to avoid any controversy.

The sports honours committee allegedly had reservations about adding him to their list as they believed Hamilton’s Monaco residency ‘meant HMRC could not adequately vet his tax affairs’.

Hamilton, who was awarded an MBE in 2008 after his first world title, will become the first ever sportsman to be put on the Overseas list.

This recognises ‘people who have given exceptional service to the UK abroad and internationally’.

A source told MailOnline: “Boris made it clear he wanted Lewis knighted so everyone was backed into a corner.”

As SE reported, Hamilton, worth an estimated £250million, will be given his gong in the New Year after his finances got the green light from the Government’s Honours Committee.

A friend said: “This is an honour that has eluded Lewis for so many years.

The Hertfordshire-born superstar topped off his historic year by being named BBC Sports Personality of the Year for the second time.

Did you miss our previous article…
https://www.sportingexcitement.com/formula-1/f1-hopeful-emma-kimilainen-reveals-she-quit-racing-after-team-told-her-to-pose-topless-for-x-rated-magazine

In this article:Hamilton, lewishamilton, newyear, thesun