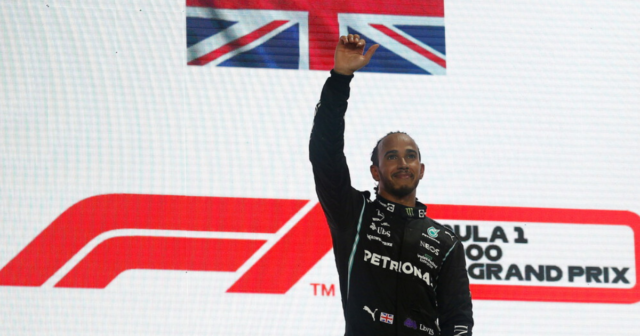 LEWIS HAMILTON is set for a timely boost in his F1 title battle with Max Verstappen next out in Saudi Arabia.

The new circuit is close to completion ahead of next week’s inaugural grand prix in Jeddah.

The street circuit promises to be the second-quickest track on the F1 calendar behind Monza with high-speed corners similar to Silverstone.

That plays into Mercedes‘ hands as they have shown considerable pace over Max Verstappen’s Red Bull.

And another thing that swings this epic title race in Hamilton‘s favour comes in the form of his new “spicy engine”, he used to power his way to glory in Brazil.

Merc boss Toto Wolff said: “Saudi should be a good track for us but we know this year when you think it’s a good one it can turn the other way around, but it’s a long straight.

Hamilton has explained that his team have managed to eek out the performance from his Mercedes without any major upgrades.

He has managed to slash Verstappen’s lead from 19 to eight points in the last two races.

He added: “[We’ve] definitely been able to squeeze more performance out of the package without bringing any upgrades.

“We’ve not had an upgrade since Silverstone. It’s been quite phenomenal to see the small bits and the increments that we’ve been improving.

“It’s very close between the two cars clearly, so I think that lines us up for a great battle.

“In these last two [races], I think we’ve just been able to do a better job overall. And I hope that we can take this form into the next two.”

Meanwhile, organisers in Saudi are confident the track will be finished in time for the race on December 5th and are without any major concerns.