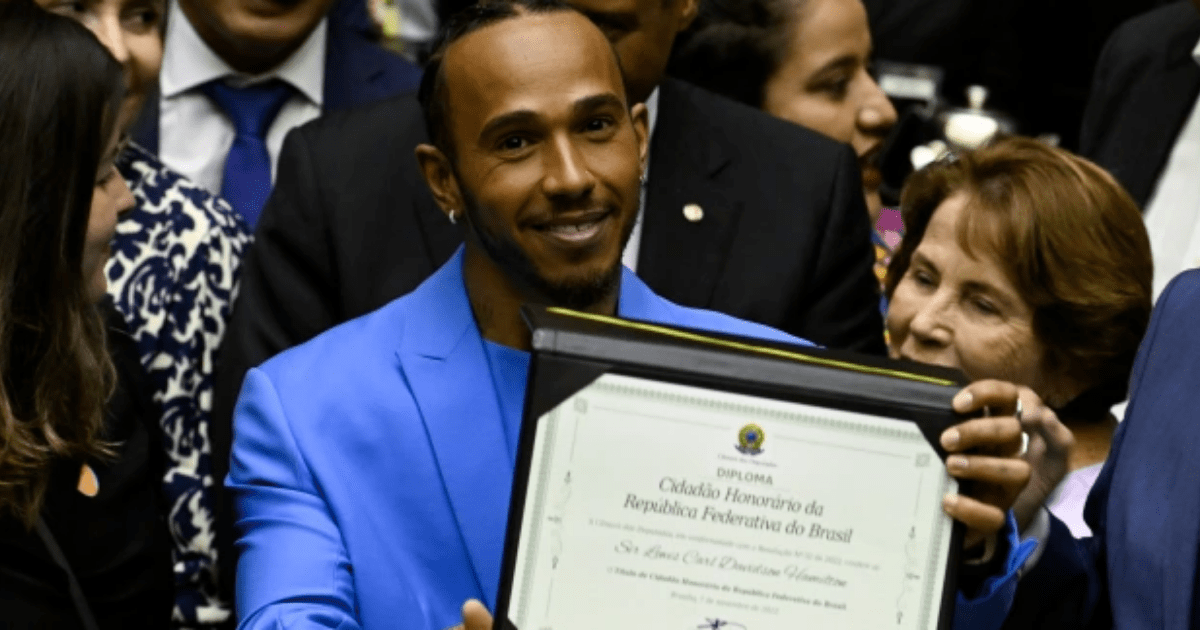 FORMULA ONE star Lewis Hamilton has hilariously predicted that he wants England and Brazil to win the World Cup together.

The 37-year-old is of course cheering on England in Qatar but he also has a soft spot for Brazil after becoming an honorary citizen of the country.

Alexander Albon made a hilarious prediction

Hamilton is hugely popular in the South American nation and cites Brazillian legend Ayrton Senna as his idol.

Many drivers were asked who they think was going to win the World Cup and when it came to Hamilton he joked: “I’m going to have to have a t-shirt for Brazil and England put together, stitched together.”

And the seven-time world champion has a good chance of being correct with his prediction with Brazil tipped as one of the favourites.

Hamilton was given his honorary citizenship a matter of weeks ago in a special ceremony prior to the Sao Paulo Grand Prix.

Most F1 drivers went for their own nation to win with Fernando Alonso and Carlos Sainz both confidently saying Spain.

There was a number of comical answers, Alexander Albon admitted he didn’t even know the World Cup was on.

The Williams racer then said: “I have to say Thailand. Even though Thailand aren’t playing.”

Speaking ahead of the Abu Dhabi Grand Prix, which was Sebastian Vettel’s last race before retirement, Mick Schumacher joked the German would switch sports and win the World Cup.

F1 title winner Max Vertsappen was hopeful the Netherlands would do well and his Red Bull teammate said he hoped Mexico would win, if not, he was backing Argentina.

Daniel Ricciardo, who will not be on the grid next season, backed a team from Group D.

He said either his nation Austrailia or France would lift the trophy come December.