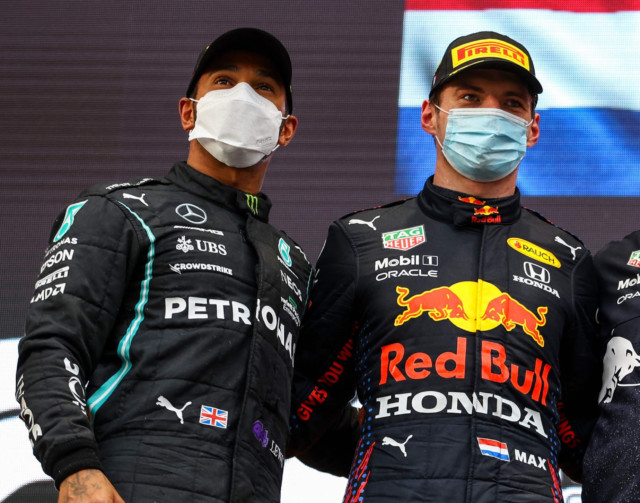 LEWIS HAMILTON has been warned that Max Verstappen is the real deal this season and that the Formula One title is at the mercy of the racing gods.

Former F1 star David Coulthard believes the Red Bull man now has the pace and maturity to take a title fight to the reigning champion.

Verstappen and Hamilton have slugged it out in this season’s opening two races with the Dutchman getting revenge in Imola after the Brit won the season-opener in Bahrain.

Hamilton holds a slender one-point lead in the championships after setting the fastest lap last out – and Coulthard expects another close battle this weekend at the Portugal Grand Prix.

“Red Bull are the real deal in terms of outright pace.

“There’s no question if you can deliver the lap time in qualifying and then you don’t have reliability issues in the race.

“That’s where Mercedes have been so strong over the last several years, they have had qualifying pace and they have had unbelievable reliability.

“So the only thing that I think can stand in the way of Max and Red Bull Racing really taking this championship is the racing Gods getting involved in a few things with reliability because he is definitely experienced enough.

“He is definitely mature enough, which at 23 seems incredible but he is ready. He is more than ready.”

In the interview with MailOnline, Coulthard said he hopes the pair’s rivalry develops along the lines of Prost-Senna.

He added: “We’ve seen two great races, hopefully we will have a third and at some point those guys are going to come to blows.

“There was a little bit of contact at the first corner in Imola, I think anyone who has followed Formula One for a long time will remember Alain Prost and Ayrton Senna coming together at Suzuka twice and all these other situations.

“I’m not, of course, advocating contact between two race cars but God, does it give us some memorable moments! It has got all the hallmarks of a classic season.” 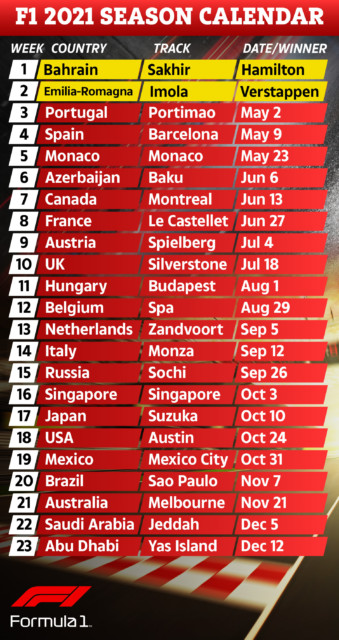 Did you miss our previous article…
https://www.sportingexcitement.com/formula-1/sebastian-vettel-is-tired-and-lower-on-confidence-says-f1-legend-mark-webber-as-aston-martin-drivers-woes-continue