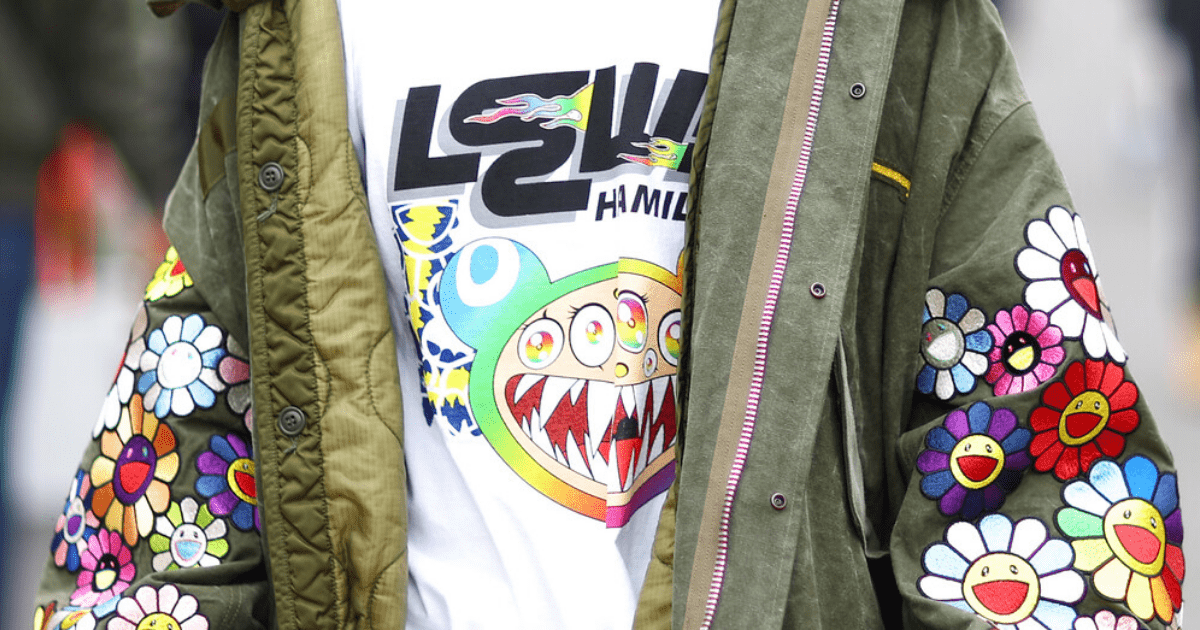 Ahead of the Japanese Grand Prix, Hamilton – ever the fashion guru of F1 – donned a T-shirt with his own name on it. 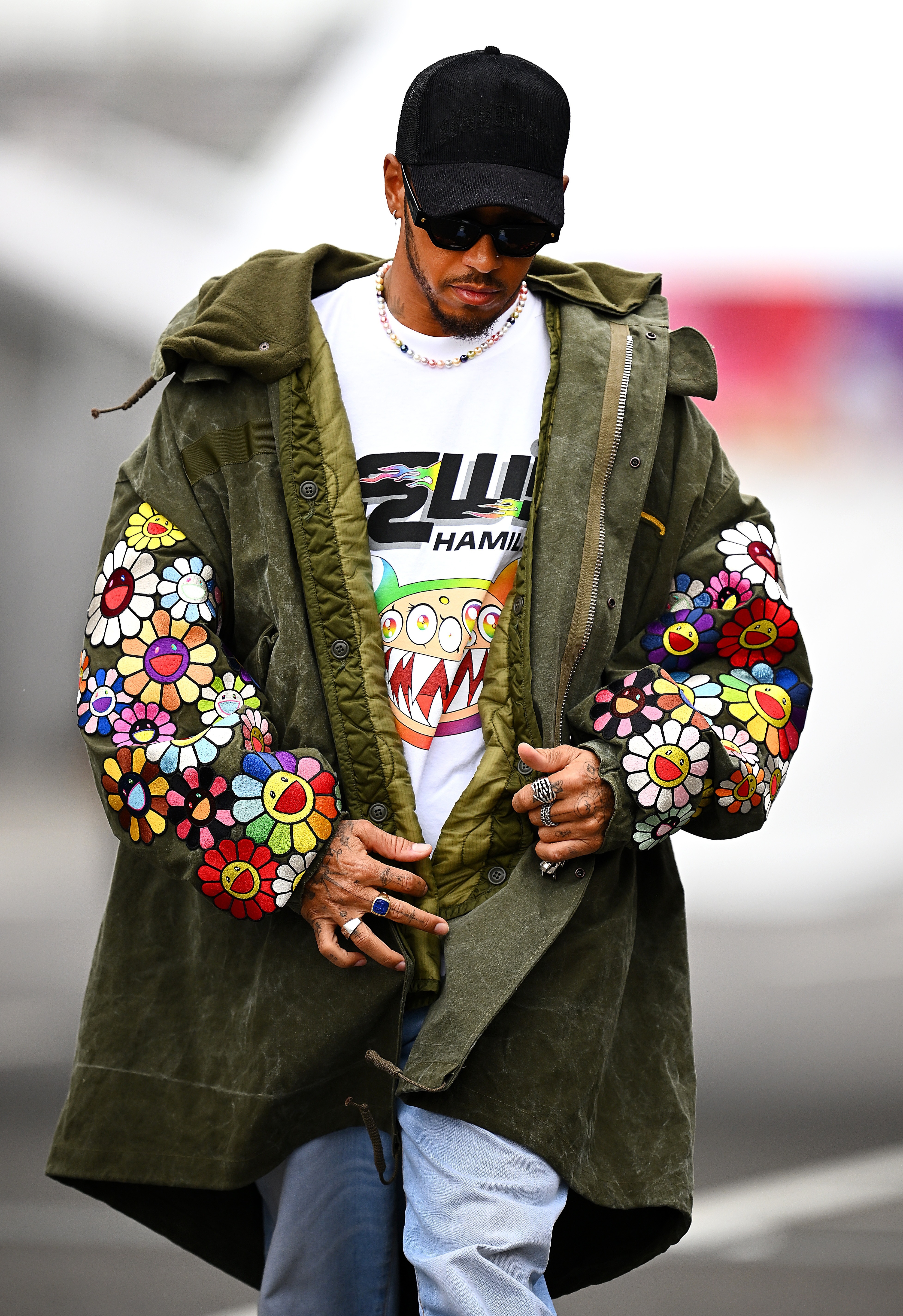 Meanwhile, his coat saw a stunning floral pattern run down the arms

The white T-shirt he sported had a stylish black font for his name and paired it with a colourful cartoon monster and more dashes of colour to contrast the otherwise plain black and white.

He paired this with a khaki coat which had a bouquet of flowers down each arm.

The 37-year-old has a well-earned reputation for wearing extravagant clothing and fashion accessories.

But just days ago he almost landed himself a fine by breaching the International Sporting Code of the FIA.

Prior to the Singapore Grand Prix, the seven-time world champion had been called to the stewards relating to a breach of Appendix L, Chapter III, which prohibits the wearing of certain jewellery.

Hamilton was hauled in relating to the wearing of a nose piercing.

But he was able to avoid a personal fine due to having a doctor’s note, while his team Mercedes were slapped with a £22,400 fine for failing to alert the FIA about the piercing.

Despite the drama, Hamilton went on to produce his best qualifying result of the season before his weekend crumbled on race day – finishing with a disappointing P9.

The ex-McLaren driver is on course for his worst-ever season in F1, with him sitting in a lowest-ever P6 in the drivers standings and yet to win a race this season.

However, he insists he is “happier than ever” in the sport amid rumours he could sign a bumper new five-year contract.

While Hamilton was spotted with his trendy shirt and coat around the paddock, other F1 stars have been seen enjoying the sights of Japan.

Namely AlphaTauri duo Pierre Gasly and Yuki Tsunoda, who were pictured in a hilarious must-watch karaoke session in Tokyo.

On track, talk of title business could be wrapped up this weekend with Max Verstappen having a golden chance of claiming a second successive title.

Although the ramifications of last season’s controversial title are still being felt, and there may yet be another word had on that with the FIA preparing to finalise their financial audit of the teams.

Their findings are now set to be made public on October 10, with speculation mounting that Red Bull and Aston Martin have breached the budget cap. 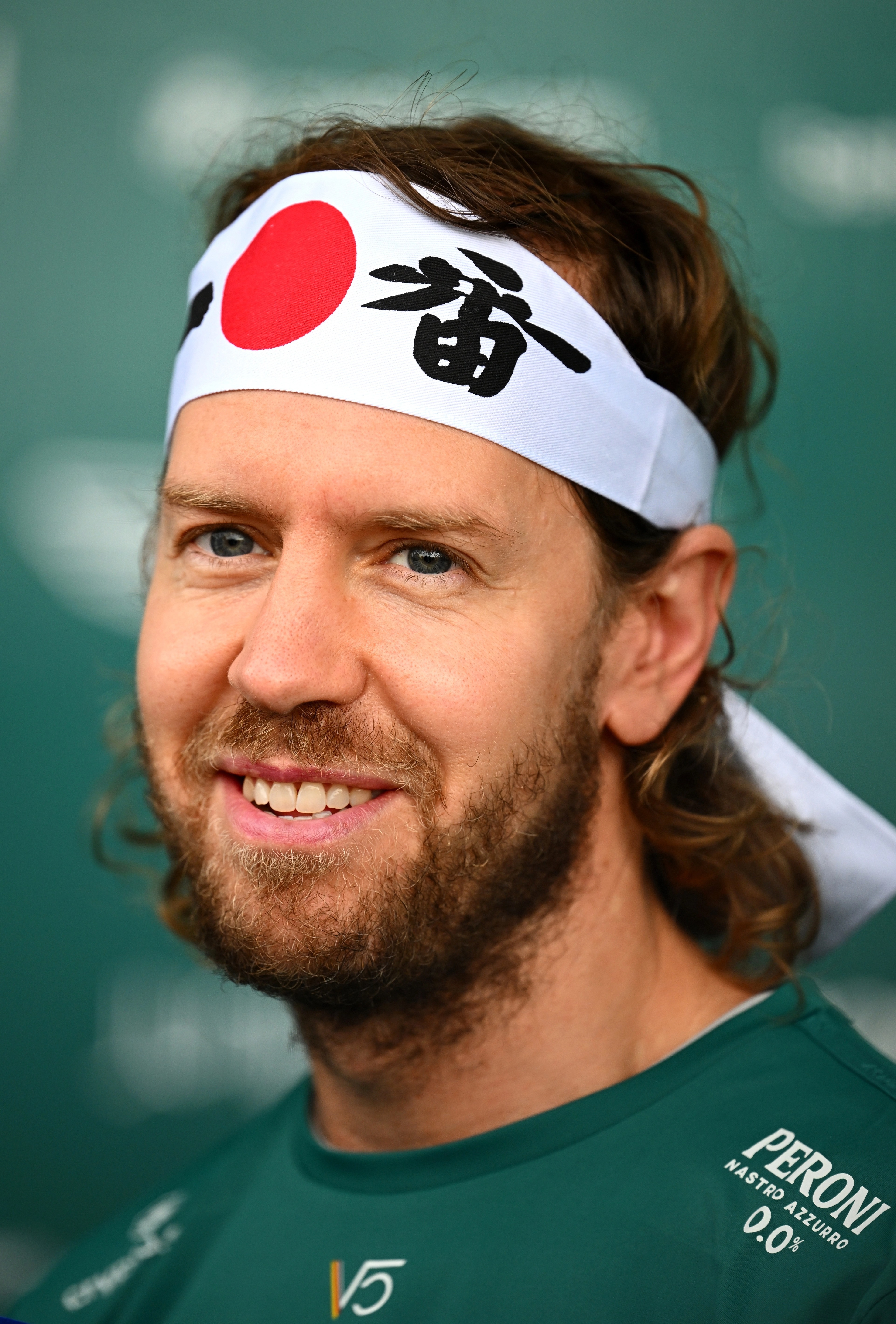 Retiring Sebastian Vettel was in a happy mood around Suzuka, where he has won four times

In this article:japanesegp, lewishamilton, onit