Lewis Hamilton will NOT turn back on F1 despite fears over retirement after title defeat, claims Jenson Button
Advertisement 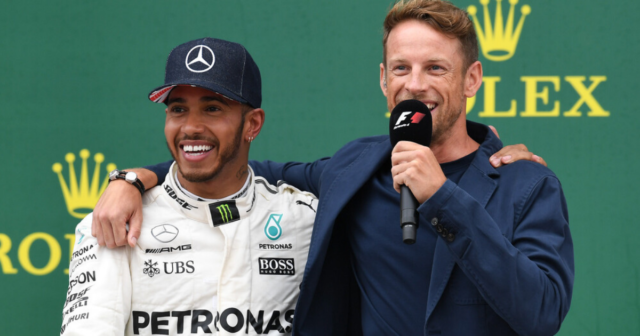 LEWIS HAMILTON will not turn his back on Formula One according to former F1 champ and his ex-teammate, Jenson Button.

Hamilton is “disillusioned” with the sport after being robbed of a record eighth world title at the Abu Dhabi GP when FIA Race Director Michael Masi manipulated safety car rules.

The upshot was that Hamilton was left a sitting duck on old tyres and Max Verstappen passed him in a single-lap shootout to win the race and the championship.

Livid Hamilton has since made a silent protest, raising doubts as to whether he will return to compete in 2022.

But Button, who was teammates with Hamilton for three years at McLaren, is optimistic he will return.

He said: “I was the only person to interview Lewis after the last race!

“[It was] a controversial end to the season but I really do think you have to look at the season as a whole.

“Formula One is in an amazing place, two fantastic drivers going at it every weekend and I think everyone is excited about the new season.

“New regulations and it is all about the development of these cars through the year.”

The FIA have started their investigation into just how Masi got the end to the Abu Dhabi GP so wrong and will report their findings before the first race of the season in Bahrain.

Mercedes are understood to be pushing hard for the Australian to be axed as they feel his role has been compromised.

He said: “If the FIA and F1 want Michael Masi to stay, and if Michael Masi wants to stay, he’s clearly only got one life left, hasn’t he? So I don’t know if that’s tenable all round.

“Who would you replace him with? Be careful what you wish for, I would say in this. What I absolutely know for sure is that changing Michael Masi will not fix the problem.

“This is way too big a job for one person to handle in a 23-race season [and] it’s only going to grow — we’re all over the world.

“Back in the day it was 16, 18 races for Charlie [Whiting, ex-race director] and Herbie [Blash, ex-deputy race director].

“Charlie used to start the race and Herbie was effectively the race director until Charlie got back from the starting rostrum down near the grid.

“They had it all under control, but it’s just growing exponentially. So Masi, if he stays, needs a lot of support around him, and I suspect that’s what they’re looking at, at the moment. And who would actually want to step into his shoes right now?”