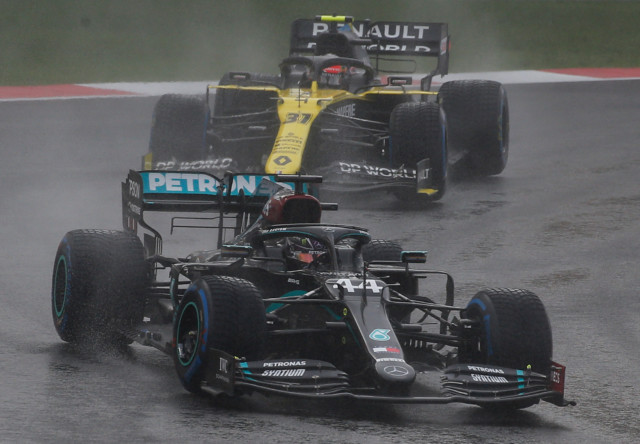 The Brit matched Michael Schumacher’s record for world titles after coming from sixth to win in the Istanbul rain. 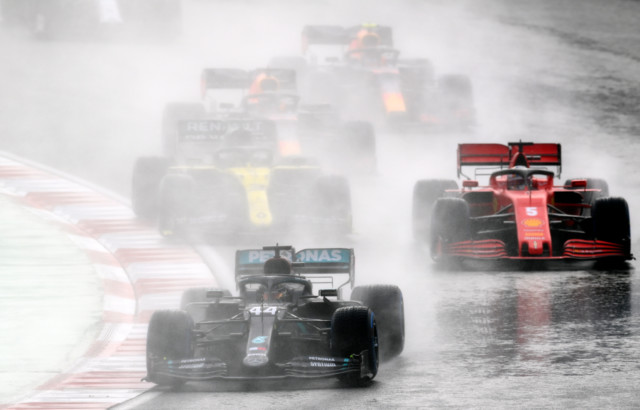 He sealed his seventh world title with three races to spare and even lapped his closest rival Valtteri Bottas on the way. 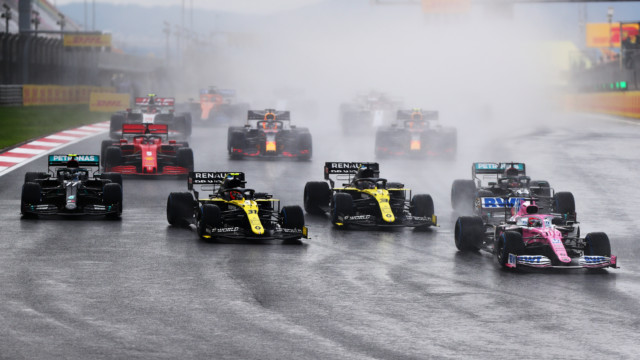 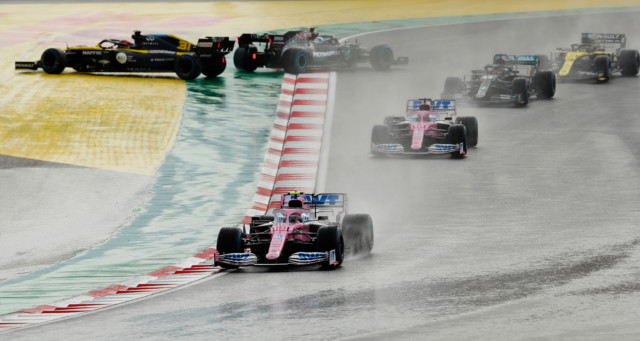 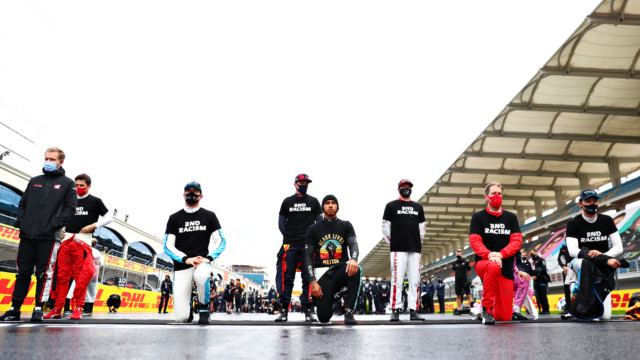 The drivers take part in a message against racism
Advertisement. Scroll to continue reading.
In this article:Hamilton, lewishamilton, theway, valtteribottas