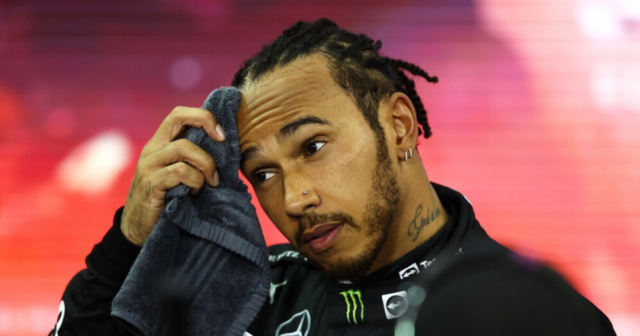 LEWIS HAMILTON and his Mercedes team have been stunned to discover the FIA won’t publish their investigation into the controversial Abu Dhabi GP until TWO DAYS before the first race of the season.

Hamilton’s future in the sport hangs in the balance on the outcome of the inquest into the title-deciding race which saw race director Michael Masi fail to apply the rules with regard to the safety car.

Lewis Hamilton’s future in the sport hangs in the balance

Merc boss Toto Wolff will meet the newly-elected FIA President Mohammed Ben Sulayem today and says Hamilton is disillusioned by the outcome of the race which saw Max Verstappen win the title.

Hamilton has since stayed silent on social media with Merc desperate to find out the outcome of the investigation before the 37-year-old decides if he wants to race on.

But a statement from the FIA said that the findings will not be presented until the opening day of the 2022 season in Bahrain – a total of THREE months after the race in Abu Dhabi.

It said: “The FIA administration, under the leadership of Mohammed Ben Sulayem, has started the detailed analysis of the events of the last Formula 1 Abu Dhabi Grand Prix.

“On January 19, an item on the agenda of the Sporting Advisory Committee will be dedicated to the use of the Safety Car.

“The outcome of the detailed analysis will be presented to the F1 Commission in February and final decisions will be announced at the World Motor Sport Council in Bahrain on 18 March.”

It is believed that Merc want Masi removed from his position as race director after fudging the outcome of the season finale.

Masi did not follow the rules with regard to the safety car, resulting in a single lap showdown with Hamilton and Verstappen.

However, the Dutchman was on fresh tyres and Hamilton was a sitting duck, with the Merc man claiming the race was “manipulated”.

Neither he nor his Mercedes team did any further interviews following the race.