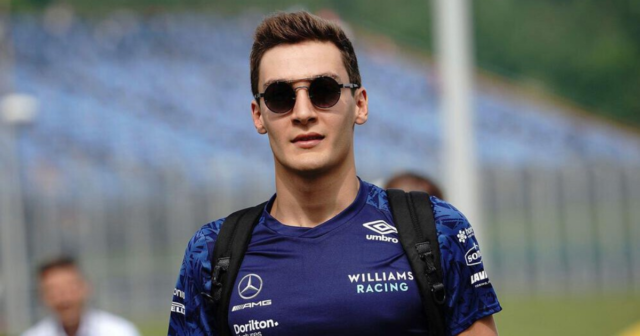 GEORGE RUSSELL has cemented his place as the favourite for a Mercedes drive next season, according to Ralf Schumacher.

The ex-Formula One star believes Russell’s call-up to a summer tyre test in the Merc is a telling sign that he will replace Valtteri Bottas.

George Russell has been tipped to race for Mercedes next season

Team principal Toto Wolff has previously declared that the 2022 drive line-up will be completed over the summer break, which ends later this month.

Lewis Hamilton is signed up for another two seasons with the speculation focused on Bottas’ precarious position.

Many fans and pundits had assumed that Williams star Russell, 23, would be the driver elevated if Bottas is removed – until Jacques Villeneuve claimed that Lance Stroll might get the nod.

But Schumacher, 46, has insisted that Russell’s move is all but done.

“But how far would they go? I don’t think Lance Stroll plays a role at Mercedes.

“I think that’s where Russell is seated. It is no coincidence that he is doing the tests for Mercedes with the new 18-inch tyres that will be used next year.

“For me this is a clear indication.”

Russell replaced Hamilton for last year’s Sakhir Grand Prix when the world champion was ruled out with coronavirus.

And he bagged his first points for Williams with a ninth-placed finish in Hungary last time out, elevated to eighth after Sebastian Vettel’s disqualification.

The Brit’s summer break began with a test on next year’s 18-inch wheels and he clocked 137 laps in the Mercedes before jetting off to Santorini.

Fans eagerly await an announcement on his future with Bottas, 31, tipped to be dropped after a first-corner crash in the Hungarian Grand Prix.

Bottas’ contract expires at the end of the year but it has been speculated that Toto Wolff will attempt to find him a seat for 2022 regardless.

Ex-racer Villeneuve named Aston Martin’s Stroll as one contender for the Merc seat on the basis that Bottas will move in the opposite direction.

He had said “Stroll Snr’s dream, very close to Toto Wolff, is to see his son winning championships.

“And Toto needs a place for Valtteri.”

Did you miss our previous article…
https://www.sportingexcitement.com/formula-1/lando-norris-reveals-hes-ditched-his-playstation-for-the-gym-as-he-continues-remarkable-f1-rise