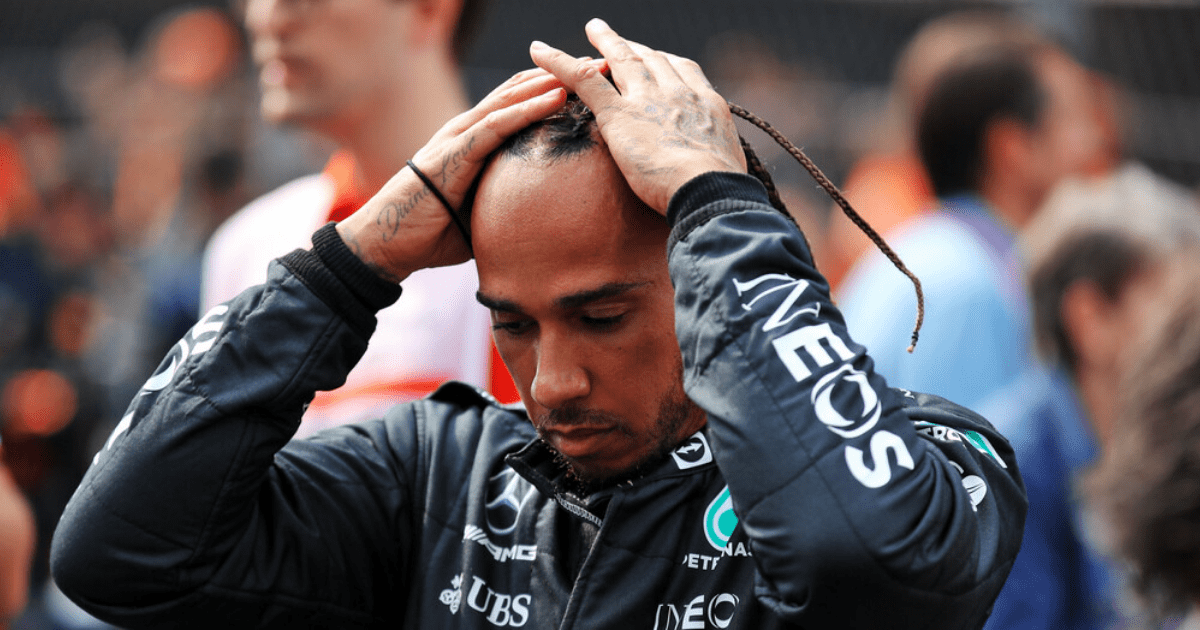 LEWIS HAMILTON’S radio rant at the Dutch Grand Prix was perfectly OK —  and rules out suggestions the Brit is not bothered now he’s not winning.

In some circles Hamilton has been heavily criticised for the X-rated exchange.

He added that “after everything the team has meant to him, you should not speak to them like that”.

Hamilton later apologised for the language but not the sentiment, and rightly so.

It is fantastic that even after 303 races in 15½ years in F1 he still has that passion to win.

After such a dreadful year for his Mercedes team, he now finally has a reason to believe that he will eventually break his duck for the season.

And when that win comes I fully expect another expletive-laden radio message.

However, the title race is over.

Max Verstappen’s tenth win this year means he has an incredible 109-point lead in the championship.

And it would take something incredible for the Dutchman not to retain his world title.

It could even be sealed as early as Singapore, some six races before the end of the campaign.

AMERICAN driver Colton Herta is expected to be confirmed as a driver for the AlphaTauri team next season — paving the way for Pierre Gasly to join Alpine.

It is the latest driver merry-go-round as teams scramble to fill seats for the 2023 season.

Herta, 22, currently races in IndyCar but has attracted the interest of McLaren, who offered him a test in Portugal.

However, it is Red Bull who look likeliest to sign him and park him at their sister team.

Herta would become the first American to race in F1 since Alex Rossi in 2015.

Meanwhile, Alpine could face an asking price if they want to sign Gasly.

He has only just signed a deal with Red Bull but would be allowed to leave. It is whether Red Bull will waive the fee.

His arrival could also upset Esteban Ocon, who has been urging them to sign Mick Schumacher as his team-mate instead.

MOTOGP announced plans to follow Formula One and Formula E by racing in Saudi Arabia.

An agreement has been reached between Dorna, the promoters, and the Kingdom of Saudi Arabia.

There is yet to be a date set for a race as there is no approved circuit but it could form part of the new F1 track being built in Qiddiya, on the outskirts of the capital city, Riyadh.

Dorna CEO Carmelo Ezpeleta explained the deal was driven as it was becoming a key market in the Middle East.

He said: “The region is a key market for motorsport and the demand in the Kingdom for events of this kind is growing with research showing that 80 per cent of Saudi fans want to see more in their country.

“In the past few years, Saudi Arabia has shown its ability to stage major global motorsports events to the highest standards.”

On the grid before races, shaking hands with drivers and putting himself pride of place on the podium.

At the Dutch GP, he was in his usual blue suit  and stopped to put on his oversized sunglasses. He was very much part of the show.

HAS Red Bull’s proposed tie-up with Porsche hit the skids?

Reports in Germany say the F1 team have grown frustrated by the VW-owned company’s demands.

And speculation is rife their current engine supplier, Honda, could perform a U-turn given the team’s success and stay in F1.

WE have all got used to working with Zoom and even I can figure out how to add a blurry background.

So it is a bit baffling why Nico Rosberg joined Sky’s F1 coverage from his bedroom, with the headboard and pillows in the background.