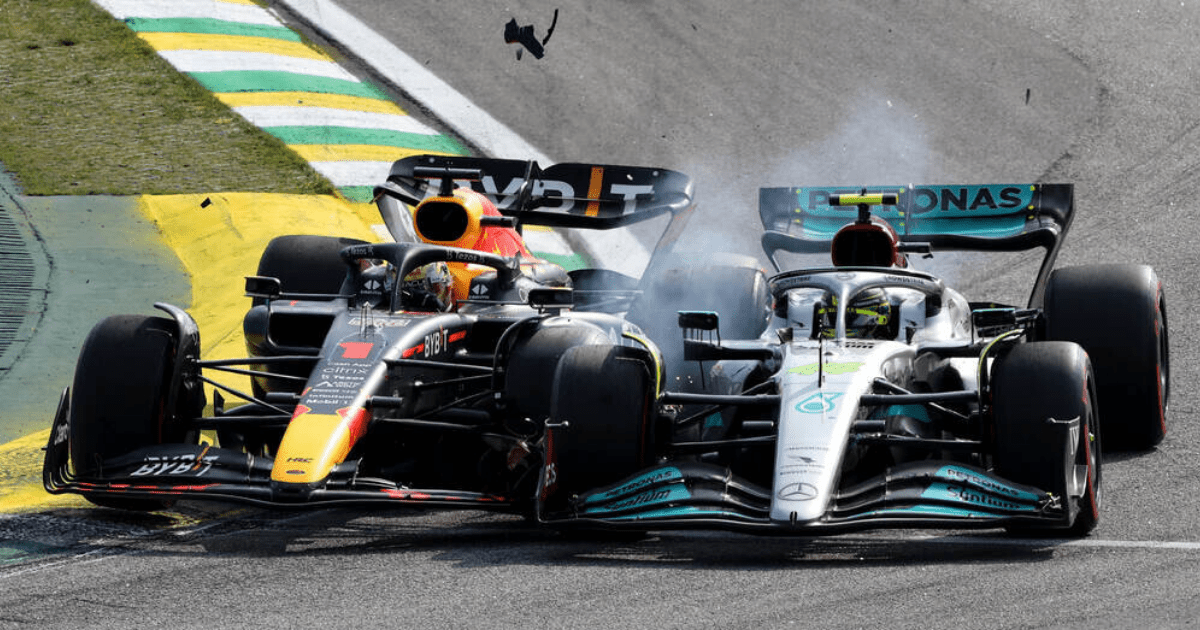 LEWIS HAMILTON has made a bold claim about his infamous 2021 title loss and dismissed suggestions it was similar to his 2008 triumph.

In the last race of last season’s F1 championship, Hamilton was overtaken on the final lap of the race by Max Verstappen, giving the Dutchman his first driver’s crown.

But the race remains mired in controversy over the incorrect administering of the rules which affected the outcome.

The moment is only matched in drama by Hamilton’s initial F1 title in 2008.

On that occasion the Brit had to deal with a late downpour in Brazil and only won the title after a last lap overtake on Timo Glock, allowing him to scramble up into fifth and gain enough points for victory.

But the seven-times World Champion has denied any similarity between the two historic moments – as only one was “manipulated”.

Speaking to Glock, now a pundit for Sky Sports Germany, ahead of this year’s race in Brazil, Hamilton said: “No, it was different, it was different because this one [2008] wasn’t manipulated by anybody.

“Someone made a decision for that result to be the way it was basically.

“There are similarities in kind of the pain of losing in 2007. For the last 17 seconds losing that championship or the last three laps, I’d lost it basically.  And then coming across the line for another 17 seconds or whatever it was beyond, still having lost the championship.

“Similar kind of horrible feeling in your heart and in your spirit. I’m so so grateful for it because it was a real proof that for anybody out there when you are facing adversity, just to never give up, keep pushing, keep chasing, keep going.

“Miracles do happen. And that was really a miracle moment for me.”

The 37-year-old was once again locking horns with his old title rival Verstappen after a season of the two mostly avoiding each other on-track.

Shortly after a safety car period, the two came together and both sustained damage after a turn 2 crash.

While Verstappen sparked a big backlash when he refused to give up his position of sixth for his teammate Sergio Perez.

In this article:lewishamilton, maxverstappen, triumph