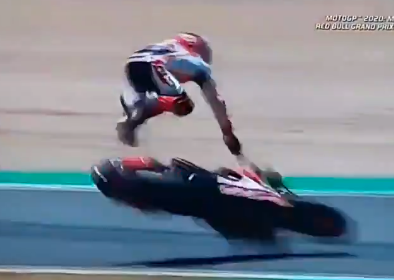 MARC MARQUEZ will undergo surgery on a broken arm after an accident at the Spanish MotoGP.

The six-time world champion flew off his bike with four laps to go at the Circuito de Jerez-Angel Nieto. 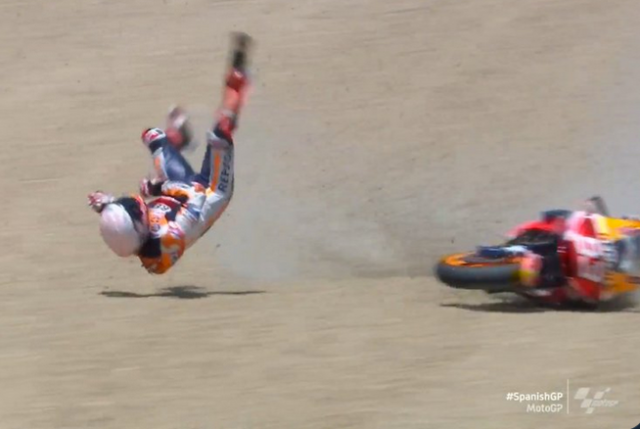 Marquez flew over the handle bars with four laps to go 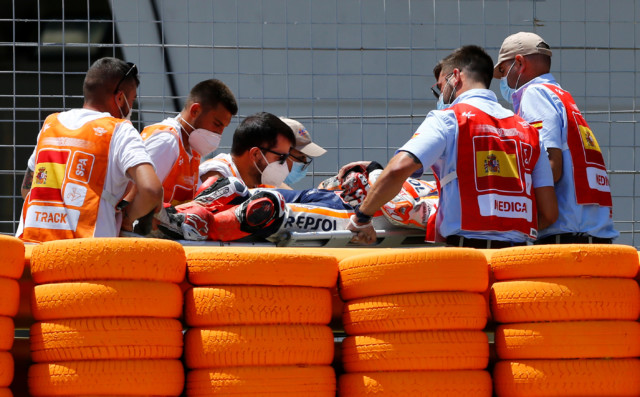 The Spanish icon suffered a broken arm in the crash 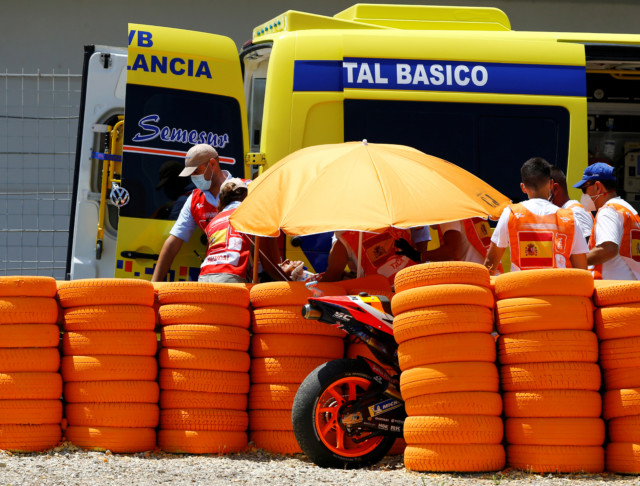 He was taken on a stretcher and into an ambulance

Marquez will have surgery to repair a fractured right humerus in Barcelona next Tuesday.

The Spaniard had also slid off the track earlier in the race while leading the field but recovered to rejoin the field at 14th.

He fought all the way back to third before being forced to retire after the second crash.

Due to the 2020 season’s condensed schedule, it remains to be seen whether the 27-year-old will return to defend his 2019 championship title. 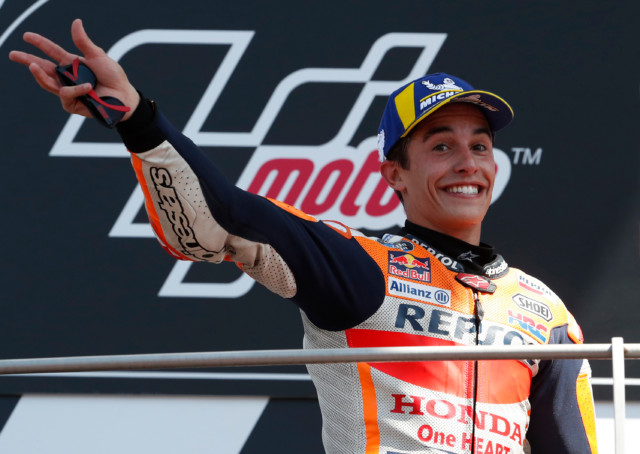 Marc Márquez will undergo surgery for a fractured right humerus.

We all wish him a quick and successful recovery

However, it was not all smooth sailing for the Frenchman as he was overtaken by Marquez early on.

He regained the lead after Marquez’s first crash and eased to victory – finishing more than four seconds ahead of Spain’s Maverick Vinales in second.

Britain’s Cal Crutchlow missed the race after crashing in the warm-up.

The LRC Honda rider sustained neck trauma and a concussion and was ruled out of competing.

Crutchlow, 34, will hope to be fit for next week’s Andalusia Grand Prix which is being held at the same circuit.

The coronavirus pandemic postponed the start of the 2020 MotoGP season, which had been due to start in Qatar in March.