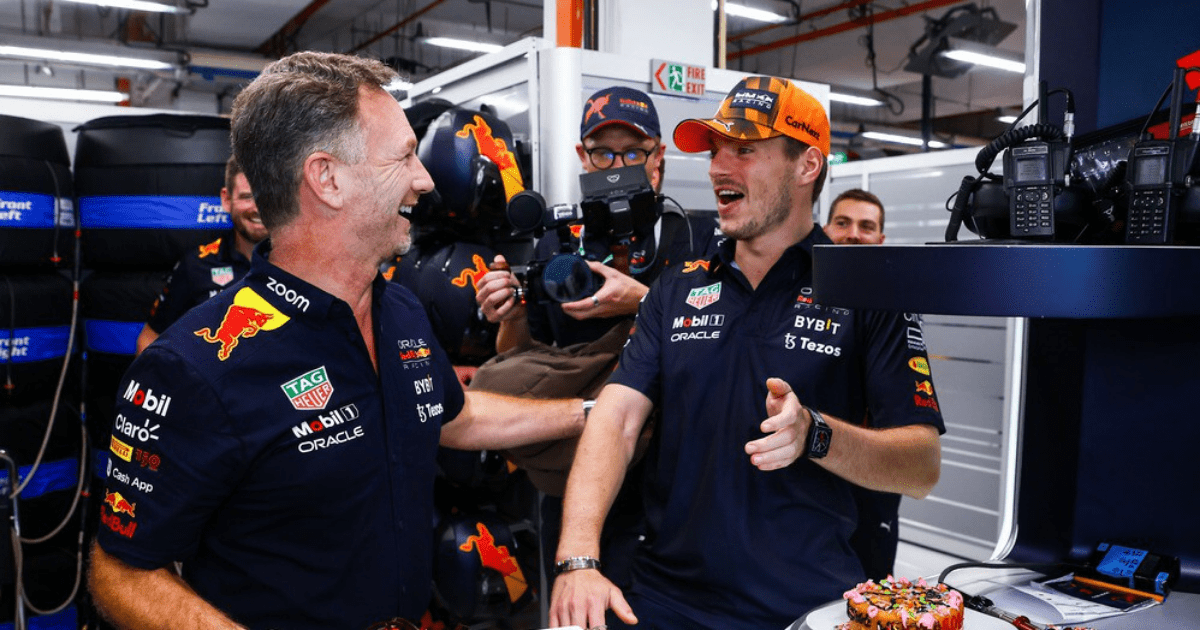 MAX VERSTAPPEN was presented with THREE cakes to mark his 25th birthday — on a weekend he could seal the Formula One crown.

The Dutchman has the chance to  make it back-to-back titles on Sunday  providing results go his way here at the Singapore Grand Prix.

Before practice at the Marina Bay Street Circuit yesterday Red Bull chief Christian Horner joked with Verstappen as he gave him a luxury chocolate cake, the most impressive of all three.

But it came amid controversy, with suggestions the team have blown  F1’s budget cap.

Red Bull maintain they operated within the rules but  that will be  for governing body the FIA to decide when they announce their findings on Wednesday.

Verstappen has been unstoppable this season with 11 wins in the 16 races and 13 podiums.

More impressive — and a reminder Verstappen started in F1 at 17,  before he was legally able to drive on the road — is that he already has 75 podiums. Alonso had 33 when he turned 25.

Verstappen is breaking records and, should he lift the title in Singapore with five races to go, only Michael Schumacher would have done it sooner.

The German seven-time king sealed the championship with SIX races left while driving for Ferrari back in 2002.

Verstappen has five wins in a row despite only starting one of them from pole position and has been earning the respect of his fellow drivers.

Legend Schumacher’s son, Haas ace Mick, said:  “It’s impressive. He had a tough start but turned it around with Red Bull and it seems to have worked out for them.”

Esteban Ocon added: “It’s a very impressive season.  Especially  when Max was starting at the back and just flying through the field. He’s been on top of his game this year. So once he wins the title, congratulations.”

Lewis Hamilton topped practice for the first time this year in FP1 but was fifth quickest in second practice, with Mercedes pal George Russell in P3.

Hamilton said: “It started off well but wasn’t as great in the second session. Much like any other weekend. It doesn’t feel like we’re massively off, probably a second down I’d say.”

Did you miss our previous article…
https://www.sportingexcitement.com/formula-1/watch-pierre-gaslys-f1-car-burst-into-flames-forcing-frenchman-to-leap-out-of-fire-ravaged-alpha-tauri/

In this article:asred, insingapore, maxverstappen