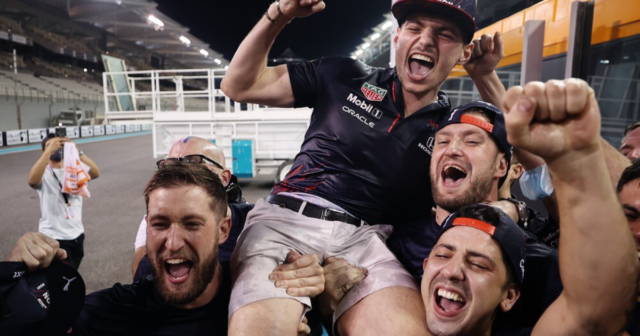 MAX VERSTAPPEN was crowned F1 champion in one of the most controversial ends to a sporting event.

Lewis Hamilton’s Mercedes team were left furious and accused race bosses of bending the rules, resulting in a dramatic one-lap shootout between Hamilton and Verstappen for the title. 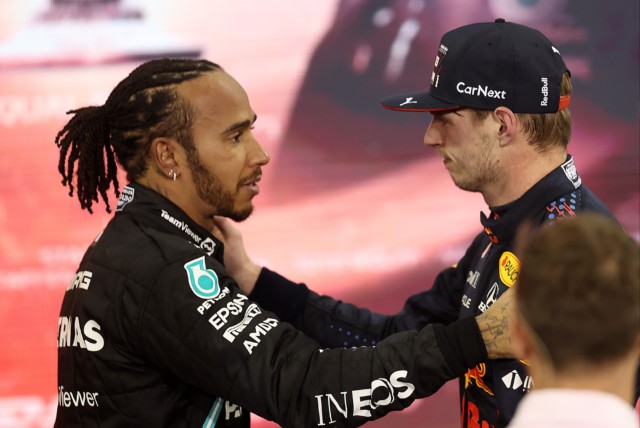 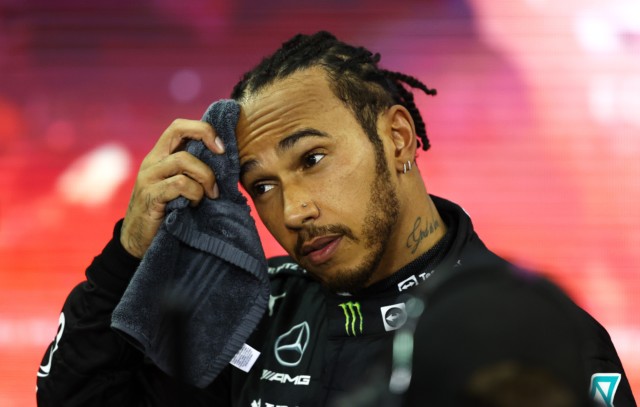 The Brit had been chasing a record 8th world title

Merc’s chiefs fought a four-and-a-half hour battle to have the decision overturned before it was finally rejected late on Sunday night – however, the German team are expected to mount a further legal challenge.

After Mercedes’ protest was rejected Verstappen said: “I am very relieved. It’s been a very stressful day.”

Red Bull boss Christian Horner added: “I am disappointed we had to go through that. Max is the world champion, he’s the deserving world champion, nobody can take that from him.”

Merc boss Toto Wolff raged at race director Michael Masi, who was subjected to an investigation over his handling of the Abu Dhabi GP.

Masi, the equivalent of a referee, has been dogged by question marks over his handling of flashpoints over the season – but none more so than here at the final race.

It was supposed to be the best finale the sport has ever known, Verstappen coming of age against the seven-time champion.

A seminal moment to witness the ending of an era and the start of a new reign for the Dutchman.

F1 has made a habit of shooting itself in the foot but this time they used a rocket launcher for good measure.

After the pathetic show at the Belgian GP this year, where a handful of laps were run behind a safety car to satisfy lucrative TV contracts, this was a new low.

It shows that despite having the best battle in years, the sport has been overregulated by a rule book that the FIA don’t themselves understand.

Having led for the majority of the race – and with a huge gap in front – Nicholas Latifi’s smash five laps from the end saw Masi deploy the safety car while the broken Williams was recovered.

Initially, Masi said that ‘any lapped cars will not be allowed to overtake’ – which meant Verstappen would be trapped behind five backmarkers before he could get a run on Hamilton.

However, on the penultimate lap, Masi CHANGED his mind allowing just the five cars to unlap themselves to put Verstappen right behind Hamilton. 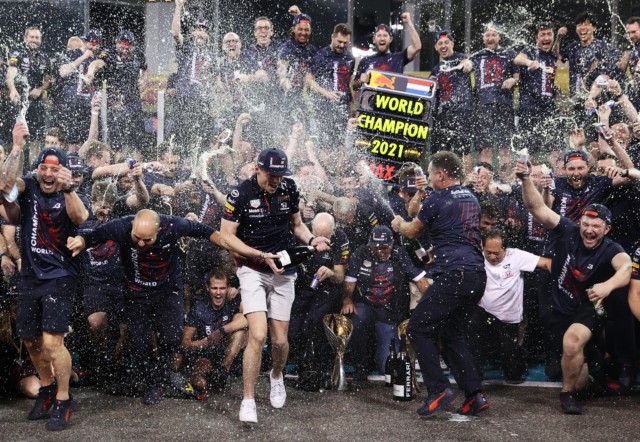 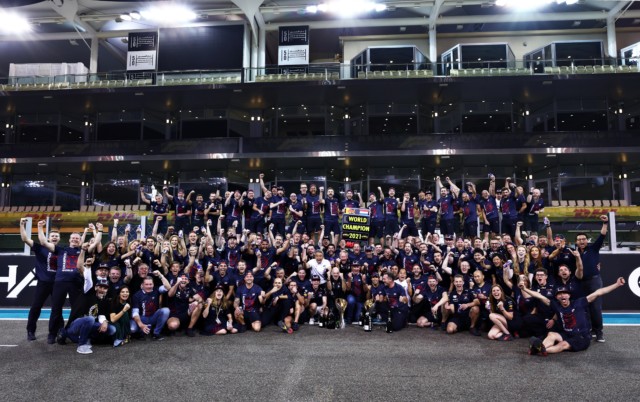 It left Hamilton a sitting duck on old tyres as Verstappen swooped past on the final lap to take his first world title.

Mercedes’ protest was based on two regulations: Article 48.12 and Article 48.8 of the F1 Sporting Regulations.

The first was rejected after three hours when Verstappen was cleared of overtaking behind the safety car.

And the second was rejected as Red Bull argued that the rules say “any” cars rather than “all cars” while Masi was also cleared of any breaches.

As the Red Bull team celebrated with Queen’s “We are the Champions playing from their garage”, Hamilton trudged out of the paddock.

The manner in which this title was decided will wrangle with Mercedes, while F1 drivers were also scathing over how it was handled. 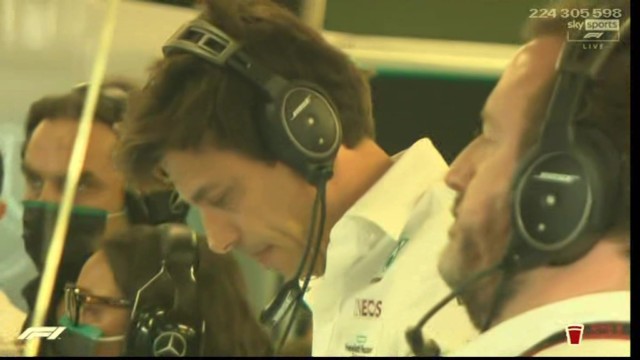 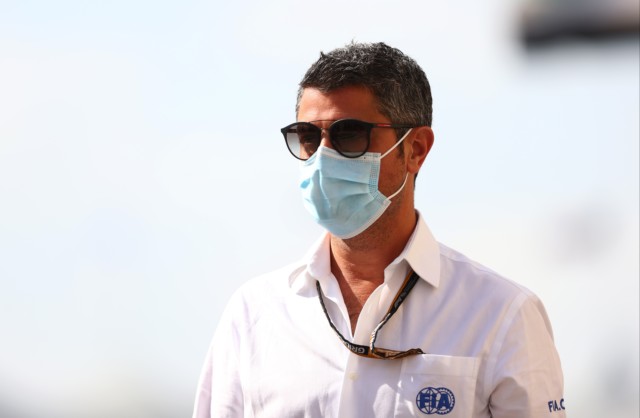 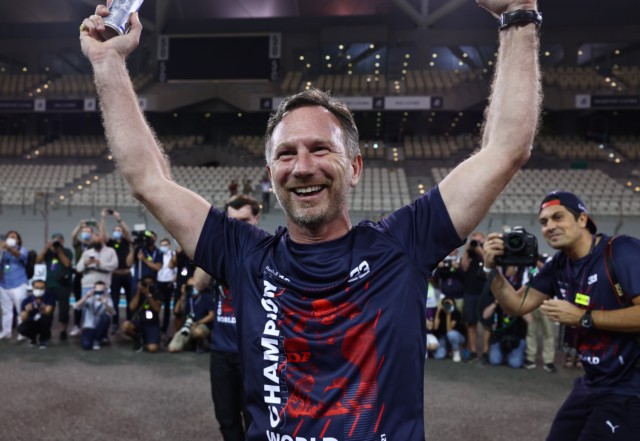 George Russell, who will be Hamilton’s team-mate next season, Tweeted: “THIS IS UNACCEPTABLE!!!!

“Max is an absolutely fantastic driver who has had an incredible season and I have nothing but huge respect for him, but what just happened is absolutely unacceptable.

Former F1 world champions were also critical of the FIA’s handling of the final few laps.

Damon Hill, who won the title 1996, added: “This is like running a motor race in a way we’ve not been used to in the past.

“They’ve kept us guessing all the time as to which way a decision is going to go. One team who is not going to be complaining about what happened is Red Bull.”

Nico Rosberg, the last man to beat Hamilton to the title in 2016, said: “First they said you’re not allowed to unlap themselves, then they changed that once they saw it was safe to do so.

“The thing is that in the document it says ‘all cars will be required to unlap themselves’ and yet they only let those five cars that were between Lewis and Verstappen unlap themselves.” 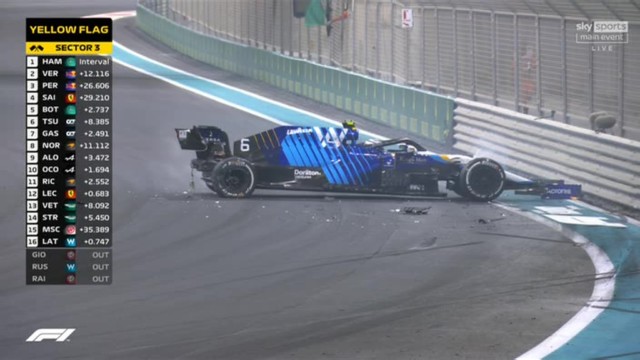 Lando Norris, who was right in the mix and one of the five cars ordered to get out of the way, says he was equally baffled when the instruction came.

He said: “At first we weren’t allowed to overtake, as the backmarkers, so if that influenced decisions to Mercedes and to Lewis and that’s the reason they didn’t do their pit-stop.

He wrote on Instagram: “The FIA broke their own rules, which is a disgrace to our whole sport.

“Nevertheless, regardless of being mistreated today, the Hamilton’s were humble in defeat.

“My father, the guy who raised us, congratulating Max & his father Jos.

People can say what they like, but my Father’s gesture proves all of the doubters & haters wrong & shows who we are as ‘The Hamilton’s’.

“Proving people wrong is in our DNA, which Lewis does on a daily basis.

“With utter professionalism & decency in defeat, even though we all know, that he was let down by the sport that he has given so much to.

“Congratulations to Max for such a fantastic season from him.” 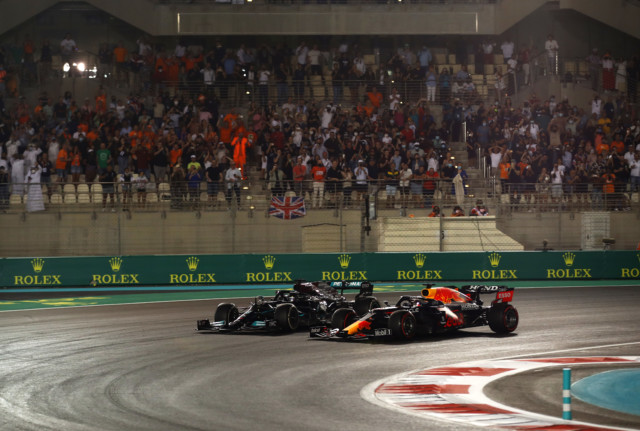 Verstappen finally overtook Hamilton on the final lap of the season 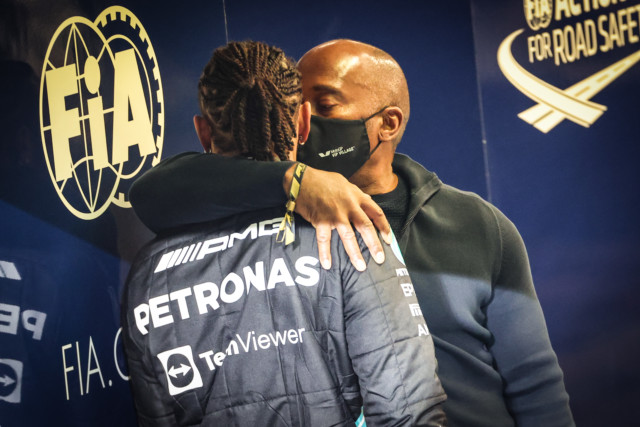 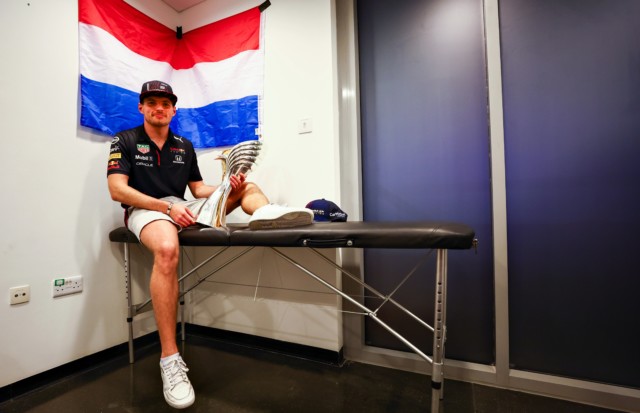