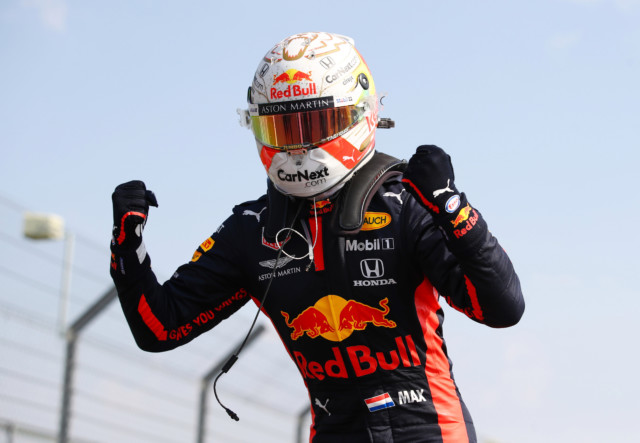 The Red Bull driver stormed to victory at Silverstone having started from fourth place to pick up his first win of the 2020 season.

Max Verstappen produced a brilliant performance at Silverstone on Sunday 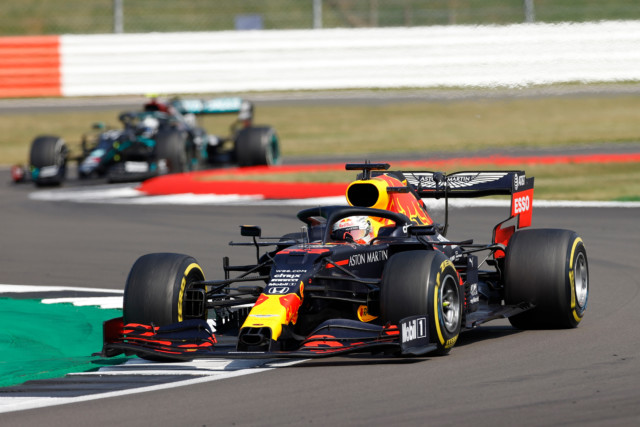 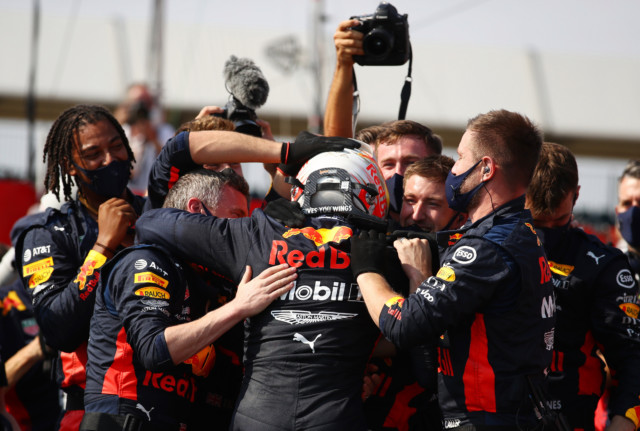 Max Verstappen hugs his team after victory at Silverstone 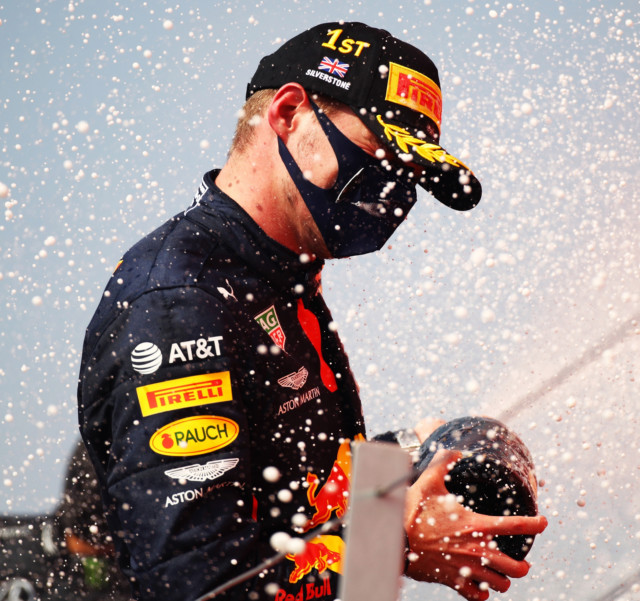 The Dutchman celebrates on the podium 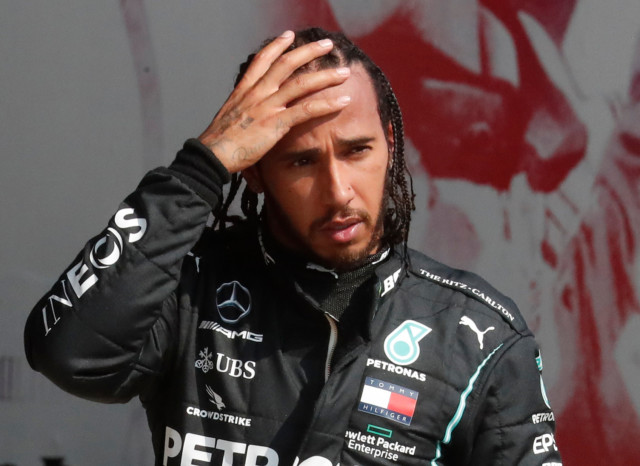 Career win No. 9⃣ for @Max33Verstappen

Lewis Hamilton made a late charge to finish second ahead of Valtteri Bottas as Mercedes’ tyres wilted in the Silverstone heat.

Just like last week, the German outfit struggled to manage their rubber with both drivers suffering blisters early on.

And that was music to Verstappen’s ears as his Red Bull coped with the 43C track temperature better than his rivals.

Mercedes were forced to pit both pole starter Bottas and championship leader Hamilton very early while Verstappen stayed out on his fresher tyres. 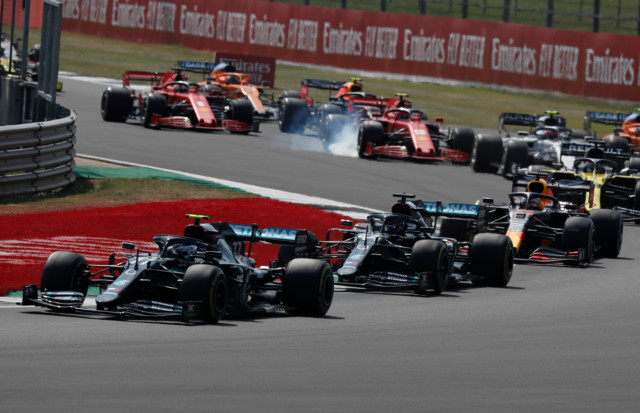 Valtteri Bottas got away ahead of Lewis Hamilton off the start 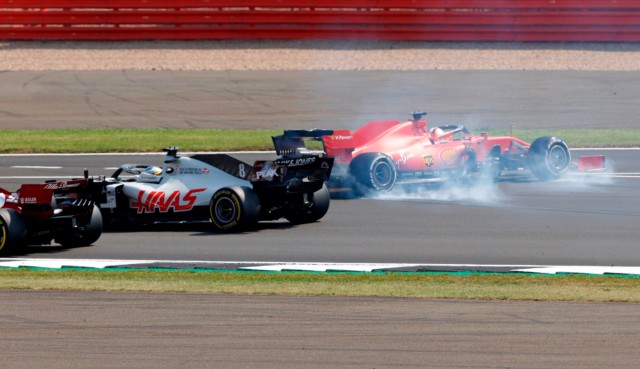 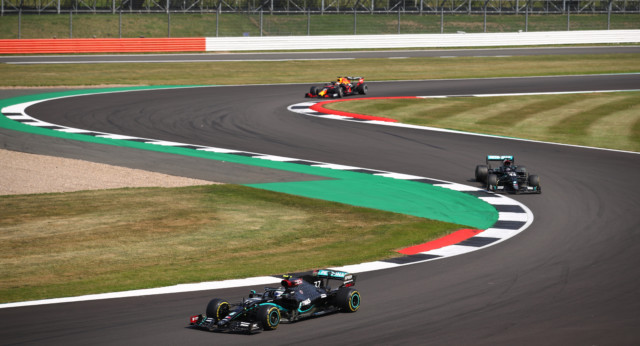 And the Dutchman looked after his car so well that he had a pit stop in hand over his Mercedes rivals and came out ahead of the pair.

Hamilton pitted late on for the second time onto fresh rubber and charged past Charles Leclerc into third.

He then caught his team-mate Bottas with two laps to go to claim second place behind the imperious Verstappen. 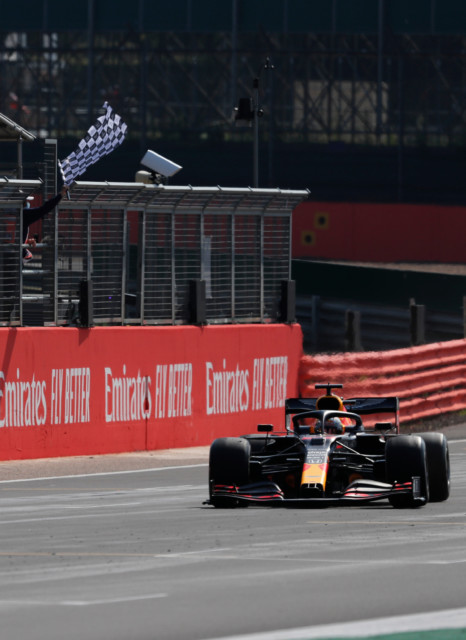 Max Verstappen crosses the line to take the chequered flag 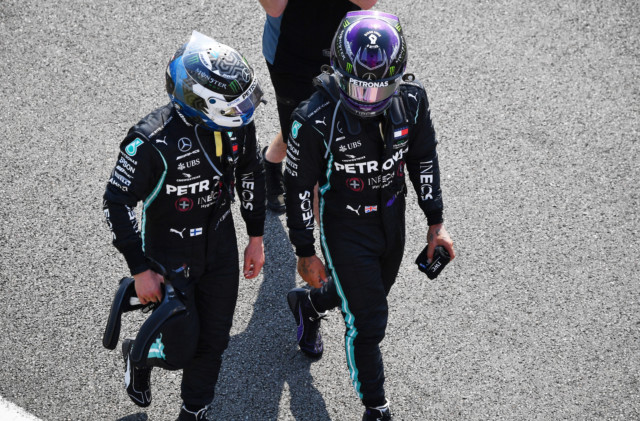 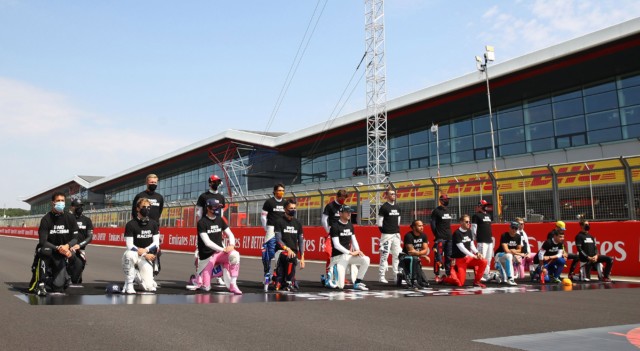 The drivers make a stand against racism before the race 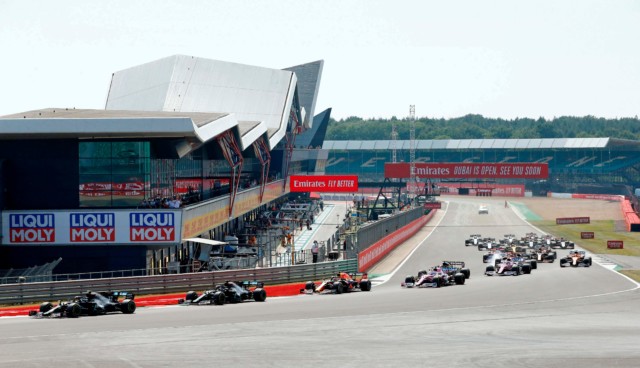 Verstappen said: “I didn’t see this win coming but after the first stint it seemed we were really good on tyres.

“We had a lot of pace in the car and didn’t have a lot of tyre issues at all.

“It’s an incredible result to win here – we just had a great day, the right strategy and everything went smooth.”

Hamilton added: “It was unexpected to have hardcore blistering like that but I’m grateful to have progressed and managed my way through the race.

“I’m sure the team will look into it because we’ve not had something like this before.

“I don’t know if anyone else struggled with blisters like us so we’ll have to look into it.

“At the end I was driving with half a tyre basically – one half is bald. But we held it together.”