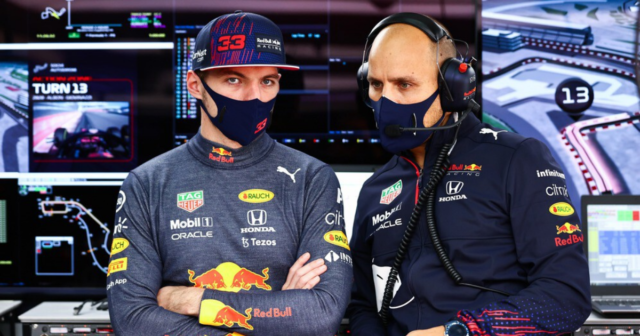 MAX VERSTAPPEN has suggested he would QUIT Formula One if key Red Bull engineer Gianpiero Lambiase left the team.

According to The Independent, Verstappen has told Lambiase that his presence is so important that he would consider walking away from the sport for him.

Lambiase is the engineer in charge of all pit-to-car communication with Verstappen on his earpiece during the races – and has become famous for his no-nonsense approach to radio messages.

Lambiase has been Verstappen’s engineer for every single one of his 118 starts at Red Bull.

The two were paired together after Verstappen replaced Danill Kvyat at Red Bull ahead of the 2016 Spanish Grand Prix.

Verstappen, famously, would go onto win that race on his Red Bull debut, aged just 18.

Lambiase, who has joint British and Italian nationality, started his F1 career in 2005 with Jordan and worked with the team for 10 years through several name changes. 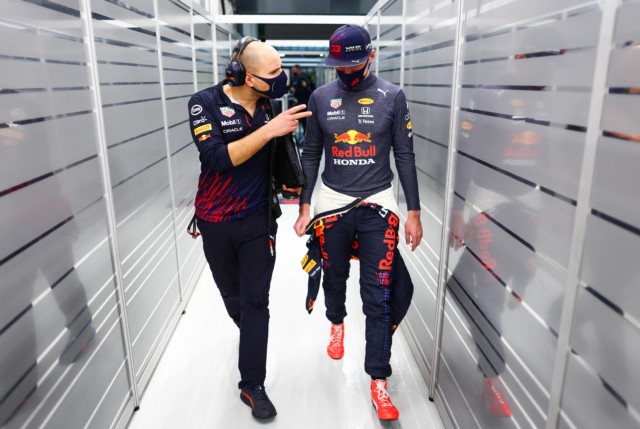 Gianpiero Lambiase and Max Verstappen have built up a strong bond

“And we can say to each other when we do a bad job. I like that.

“And he’s also a guy who doesn’t talk too much. So short, quick communication is for me the best and, over the years, you get to know each other as well.

“You spend a lot of time with each other. Sometimes I think he can just guess already what I was going to say.”

The pair have formed a strong relationship which has grown on and off the track.

He said: “I think that Gianpiero and Max, the dynamic between the two of them, sometimes you wonder who is the engineer and who is the driver – it’s confusing to work out which one’s which.

“They know each other so well. GP [Gianpiero] does a great job of handling Max on the track and the way he engineers the car, and that relationship is crucial, because it’s the key interface between the driver and his team.”